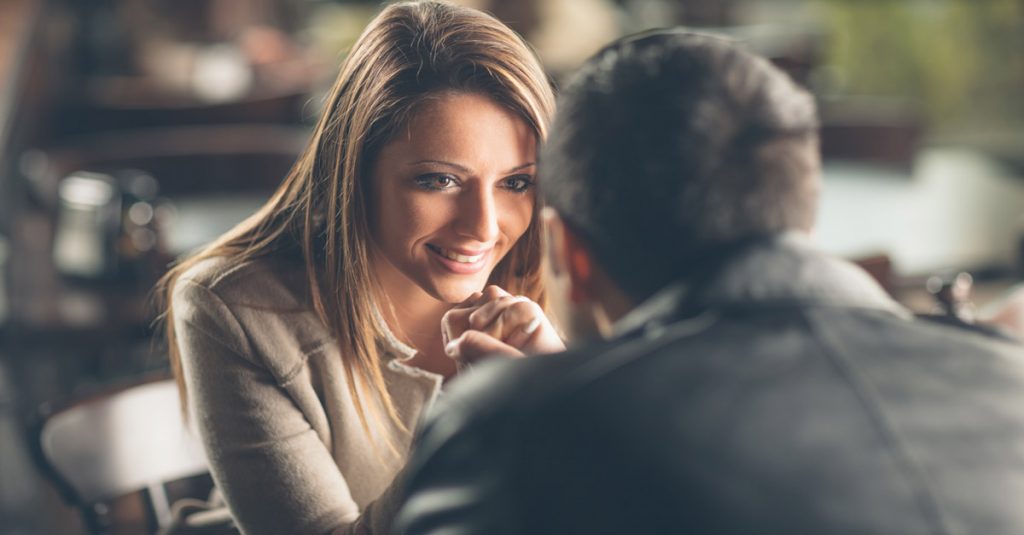 Love is blind – everybody knows that. It is not seldom that people in love tend to make the craziest of choices, for which they later regret dearly. That’s why when stepping into the more turbulent waters of marriage and mutual life, one should consider more than what the heart has to say.

It’s very important to choose wisely who you’re going to spend your life with. Even if you make the wrong decision, divorce is an option – but who would like to come to that? Instead, being cautious and aware of some habits can save you a lot of pain and trouble.

If your significant other exhibits these 15 behaviors, you should definitely reconsider your choice and think twice before jumping into marriage.

What is a relationship if not a unity of mutual trust? If you’ve never given your partner a reason to be mistrusted and he still checks your phone and sets restrictions on your male friends, you should definitely be careful.

This habit will worsen when you step into marriage, and you will end up living a life full of restrictions and jealous outbursts for no reason. You wouldn’t like your children to learn that their significant others shouldn’t be trusted by default.

Who doesn’t love animals? Of course, you can be afraid of certain animals for many reasons. But if he hates animals in general, then run. People who hate animals show a lack of kindness and empathy.

This crude and careless attitude toward beings that would never do you harm means that he might not be a great father figure as well. In general, people who don’t like any animals are mean and selfish.

Every couple has some kind of agreements on which they base their day-to-day life. These commonly agreed rules are what makes the relationship prosper and evolve. From the simple chores like cooking, cleaning, grocery shopping, to dedicating time for each other, these are the things that make up a healthy relationship.

If he doesn’t follow the agreements and always finds a good excuse for that, you should be aware that he won’t stop letting you down. And don’t forget that actions speak louder than words. If he doesn’t start functioning for the common good, then he won’t learn to do that in marriage.

Agreements are one thing, promises are another thing. If he breaks the promises he made, then don’t put your hopes in him learning to do that when you get married. Saying ‘yes’ means that you agree to put up with what he is, and he won’t change that attitude easily.

A promise means a commitment. If he cannot commit to you, then what good is that to you?

Wasting your time on a person who doesn’t want to be with you completely is not something you need in your life. Being in a relationship doesn’t mean that the ‘official’ status and his physical presence is enough.

If he doesn’t care about the relationship and doesn’t put some effort into making it the best he can, he will never start to do so. So, don’t waste your time and fool yourself that he’ll change and leave.

Nobody is perfect. And confidence is one thing, but arrogance and narcissism are something you don’t want to have around. If he cannot admit his mistakes and work on becoming better than yesterday, then you have a problem.

If he thinks that he’s always right, then he’d expect you to constantly correct yourself and change everything about you to fit into his world picture. This narrow-mindedness and lack of compromise will eventually drain you out and leave an empty shell of what you once were.

Of course, not everything can go smoothly, and sometimes there are good reasons for some things. But if he always finds excuses for everything, then he’s just not that into you, but more into what he had planned and ignored about you.

Find someone who will try his best to live up to the relationship and your mutual arrangements. Otherwise, you’ll feel stood up and left to do things by yourself. You wouldn’t want that, would you?

Arguments are a healthy thing in a relationship, as long as they stick to the current problem and aim to a resolution. But if he brings up old fights, he’s just trying to turn your focus away from the actual problem and disorient your perception.

Bringing up old arguments and conflicts brings a lot of negativity to the relationship, and these things lead to nowhere. It just points to a high dose of immaturity and a wish to ‘control’ the situation by putting you in the victim position for no good reason.

Misunderstandings are normal to occur in a relationship. Of course, no two people are the same. What is important is the ability and will to discuss and talk through the problem, so that both can understand each other’s viewpoints.

If he doesn’t bother to discuss things with you and ignores what you have to say, then it shows how much he cares about your opinion and attitude toward the problem that has popped out. This will lead to unsolved issues and eventually to a lot of trouble in communication.

White lies are always acceptable, as long as they don’t do harm to the relationship. However, lying about big things is dangerous and if it’s happened once, it will happen again.

If he broke your trust by lying to you or cheating on you, you will find it hard to fall asleep feeling happy and secure about your relationship. You wouldn’t like to start developing an anxiety over what he’s doing when he’s not with you or what he’s hiding from you.

Obsessive men tend to do anything to spend all their time with their partners. It’s very nice to have someone loving you with his whole heart, but if he has replaced his dreams and ambitions with the idea that being with you is enough, it can get very messy.

Eventually, you’ll end up losing your way into the world, just as he has, and you’ll be both doomed to a mediocre life. You should find someone who is independent and complete but chooses to be with you because you complete them.

Family is important. And no matter how many disagreements they may have, hate should not be a part of it. If he has learned to hate his parents, then he hasn’t learned the true meaning of being part of a family.

If he doesn’t understand and appreciate how much his family has contributed to his life, then he won’t understand how much he should put into his own family once you have children. You don’t want the circle to continue with you and your children.

Be it gambling, alcoholism, or drugs, if he shows these tendencies, then he will become a very big problem for the family. Families have been left homeless because of such addictive habits.

If he is addicted to something which is both dangerous for himself and those around him, then either try to help him get out of that way, or you get out of his way. You don’t want you and your children to suffer because of that.

Taking responsibility for things is very important. Sometimes things will go wrong because of circumstances which he cannot control, but if he always blames others for his problems, then he’s just being childish.

If he is stubborn, impatient, arrogant, and spoilt, you don’t want to stick around him either.

This is the worst kind of behavior. If he hits you once, he’ll hit you every other time as well. Walk away and don’t look back! Abusive spouses harm not only their partners but the family.

And then, it doesn’t have to be physical. He can abuse you emotionally, financially, you name it. Any kind of abuse should not be tolerated and you need to walk out while you still can.