Pansexuality is a term which has attracted a lot of interest during recent years. Many people tend to think that pansexuality is the same as bisexuality, but it’s not.

Pansexual is someone that is emotionally and/or sexually attracted to people regardless of gender or sex.

Here are 8 things pansexuals want you to know, and trust me, it is less confusing than you may think.

1. Pansexuality is different from bisexuality.

The term ‘pan’ means ‘all’ in the Greek language. So, a pansexual individual is not bisexual but allsexual. This means that they can get romantically or sexually attracted to a woman, man, or a transgender person.


2. Pansexualty is a real thing.

There are many misconceptions and stereotypes about this sexual identity. The most common one is that it’s not ‘real.’ But, this is not true. Pansexuality does exist. And if a person’s pansexuality isn’t acknowledged by others, it can make it difficult for them to live their authentic life.

3. Pansexuals are not promiscuous.

Pansexual individuals may be emotionally and/or sexually attracted to all types of people, but this doesn’t mean they’ll have intercourse with everyone. In fact, they can be quite picky about choosing their partner.

4. Oftentimes, individuals that once identified themselves as bisexuals later become pansexuals. As is the case with Janelle Monáe and Miley Cyrus.

5. Pansexuls want to be in a relationship too.

Rena McDaniel, a Gender and Certified Sex Therapist, says: “One of the ways society shames those who are attracted to more than one gender is to say that they are ‘greedy’ or a ‘commitment-phobe.’ However, no one says this about heterosexual folks who also have about half the population of the world to choose from.”

7. Gender has nothing to do with pansexuality.

We often confuse sexual identity with gender identity. But, these two aren’t the same. Pansexuality is a term that indicates a person’s sexual orientation, i.e. who they’re attracted to, and not their gender.

8. The term pansexuality is relatively new.

Although pansexual individuals have been around for years, most of us are just beginning to acknowledge the term pansexuality and learn what it means. 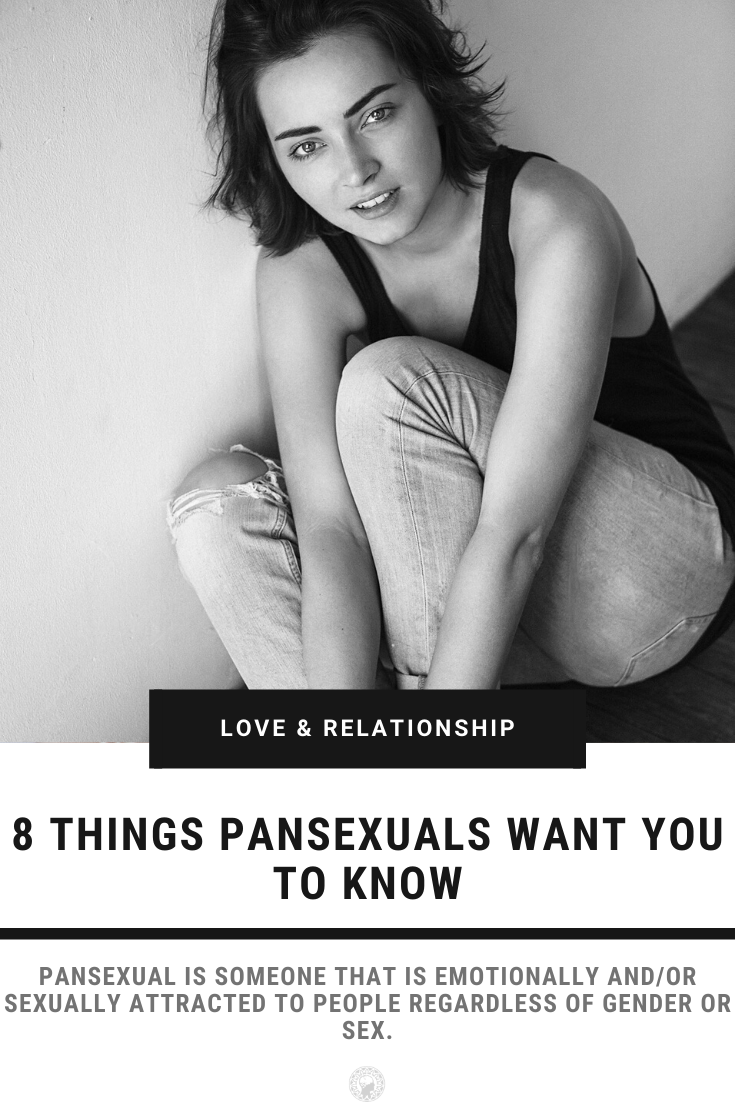