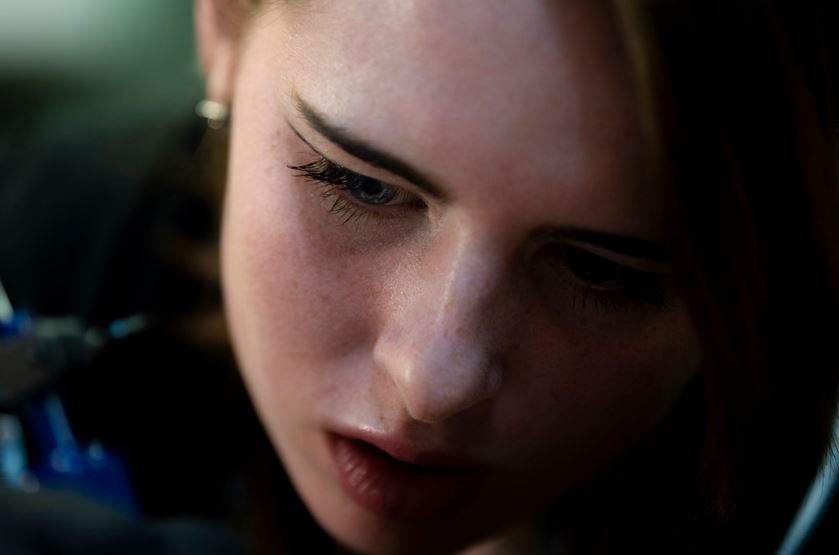 In the world of cosmetic procedures, anti-aging generally involves two different categories of treatments: skin resurfacing and surgery. Skin resurfacing, such as microdermabrasion or chemical peels, can improve the appearance of fine lines and spots. However, they don’t address deep wrinkles and sagging skin. For many years, surgical facelifts were the only way people with sagging skin could achieve a permanent, youthful look. Now, advances in medical technology have resulted in anti-aging procedures that don’t require surgery at all. One of these new procedures is the “silhouette thread lift.”

What Is a Thread Lift?

The FDA-approved thread lift procedure uses sutures, or very thin, flexible threads, to lift sagging skin. The threads are sewn into the treatment areas under a local anesthetic. This eliminates the need for incisions, sedation, stitches, or general anesthesia. Along with lifting the skin from underneath, the sutures also trigger the body’s healing processes. This stimulates collagen production, which supports the sutures and adds volume to the skin, further contributing to a younger, rejuvenated look.

Thread lifts can be used to treat the following areas:

How Does a Threadlift Differ from a Facelift?

First and foremost, a facelift is considered major surgery. Therefore, patients who are about to undergo a facelift must follow their doctor’s pre-surgery instructions, such as fasting or adjusting medications. During the procedure itself, the patient will be put under general anesthesia, and the surgeon will make the appropriate incisions, removing excess skin if necessary. Facelift surgery takes three to six hours to complete. Patients must be driven home by a friend after their surgery. Patients must also rest at home for the duration of their recovery, which can take several weeks.

Benefits of a Threadlift over a Facelift

Unlike a facelift, a thread lift takes about 45 minutes to complete, and there’s no general anesthesia involved. With this in mind, the most obvious benefit of a thread lift is that there is almost no downtime required for recovery. Some mild bruising or swelling is normal and expected to subside in a week.

People opting for a thread lift can drive themselves to and from the procedure. Some people are even able to receive the treatment during their lunch break and return straight to work. The results are immediate and last for several years. With a facelift, patients must request time off work, arrange their own transportation, and might have to find childcare as well.

Thread lifts are non-invasive and incision-free, so complications are rare. They are free from the risks associated with surgery (bleeding, infection, bruising, anesthesia complications). Because there are no incisions or stitches, there is virtually no risk of scarring from a thread lift. In rare instances, some people may be able to feel their sutures under the skin, which can cause irritation. If this happens, the surgeon can simply remove the sutures.

Am I a Good Candidate for a Threadlift?

Thread lifts are best for treating the early signs of aging, such as fine lines and mild sagging. Ideal candidates are in their early 30s to 50s, in good health, and have realistic expectations for a thread lift procedure. The results are subtle and semi-permanent, with the skin being lifted by a few millimeters. People over the age of 55 with very mature skin or wishing to see more dramatic, permanent results might prefer a facelift over a thread lift. However, people who can’t undergo facelifts for age-related reasons, like high blood pressure or diabetes, can safely reverse some signs of aging with a thread lift.

Best Practices to Get the Most out of Your Threadlift

People who have received thread lifts should avoid vigorously rubbing their faces when they cleanse, moisturize, or apply makeup. They should also sleep with their heads slightly elevated to avoid rolling onto their faces during sleep. They can resume normal activity once their skin has healed around the sutures.

Because of the ease and safety of a thread lift, it can be combined with other nonsurgical procedures to maximize its anti-aging benefits. Once a person’s face has healed from a thread lift, they might be interested in ultrasound therapy or injectables like Botox to further lift and tighten their skin. They might also need skin resurfacing to improve their skin’s tone and texture, which addresses the age spots and pigmentation that aren’t treatable with thread lifts. Combining these different treatments allows the patient to achieve their best, most youthful appearance without having to undergo any surgery at all.

With all the procedures that are available to us today, settling on the right one for you can be an overwhelming task. Consulting with a doctor is the best way to figure out whether you will benefit from a thread lift. If you want to make a positive change in your aging face, book an appointment with a local plastic surgeon to learn more about thread lifts and other anti-aging treatments.