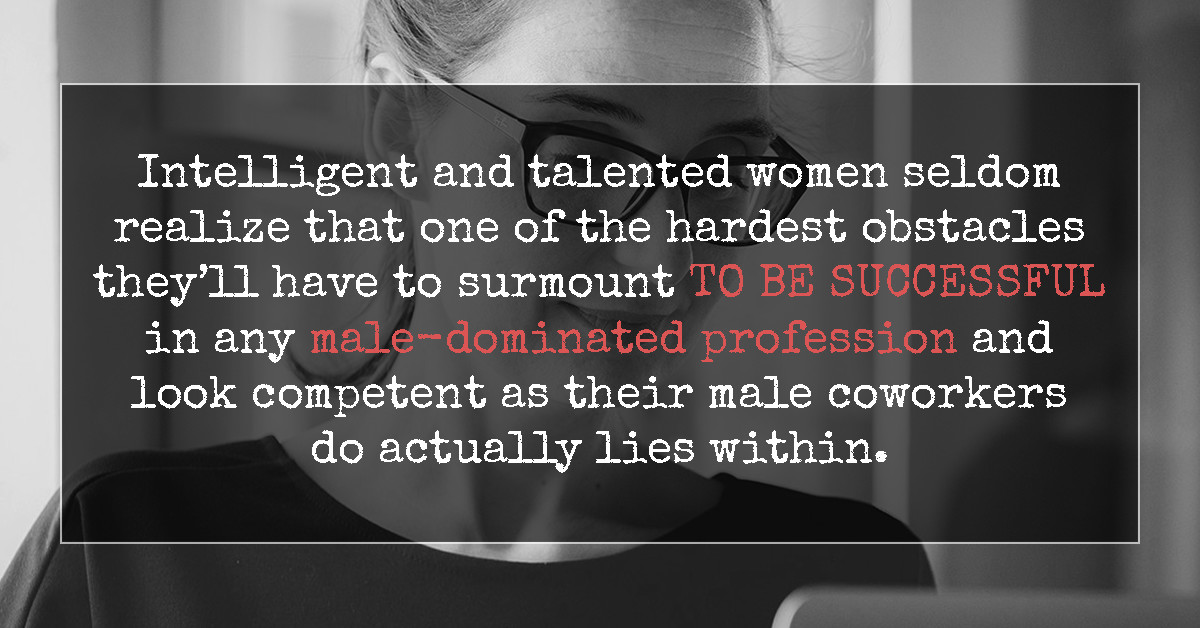 Being a nice girl is certainly not easy, but it appears that being a smart, nice girl is even more difficult, as explained by Dr. Heidi Grant Halvorson.

Dr. Grant Halvorson explains that intelligent and talented women seldom realize that one of the hardest obstacles they’ll have to surmount to be successful in any male-dominated profession and look competent as our male coworkers do actually lies within. The reason for this is that we judge our own intellect and abilities more harshly and in a significantly different way than men do. Figuring out the reason(s) why we do this is the first step to putting right a great wrong.

To do that, Grant Halvorson focuses on the results of a series of studies which psychologist Carol S. Dweck carried out in the 1980s, analyzing how smart girls and boys in the 5th grade dealt with new, complex material.

So, the question is: What’s the reason for this? What makes bright girls lose their confidence when they should be the most confident children in the room?

Girls usually do better than boys in every subject, including science and math at the fifth grade level. But, there wasn’t any difference between these girls and boys in ability. The one thing they differed in was how they interpreted difficulty, i.e. what difficulty meant to them when material appeared difficult to learn. Smart girls were quicker to become less successful learners, lose confidence, and doubt their ability consequently.

Researchers have brought to light the reason for the difference in how difficulty is perceived and understood, and here it is: bright girls commonly believe that their abilities are inborn and unmodifiable, whereas smart boys believe they can develop ability through practice and effort. 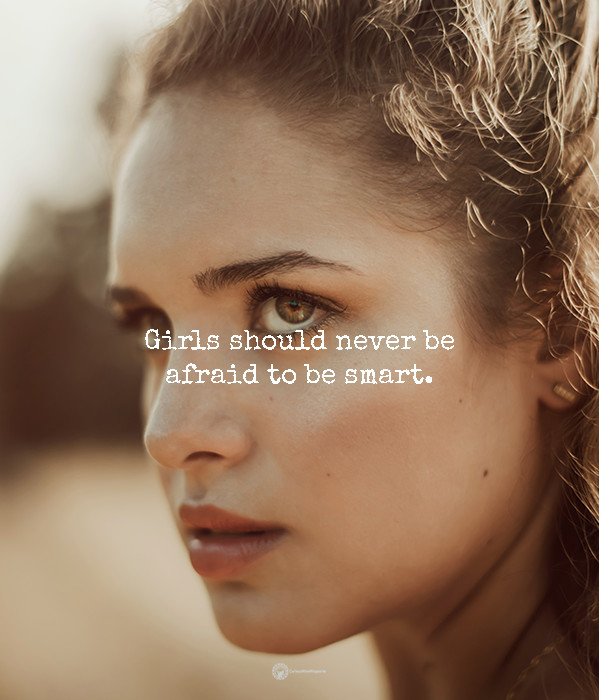 Grant Halvorson traces the reason for this back to childhood feedback, i.e. the messages we get from both teachers and parents in our childhood. Namely, girls, who are more able to follow instructions and develop self-control skills earlier in life, are oftentimes praised for cleverness or goodness. This type of praise suggests that characteristics such as goodness and smartness are qualities you either possess or you don’t.

On the other hand, boys commonly receive feedback from parents and teachers that accentuate effort, for example: “If you’d only pay attention and try a little bit harder, you could do this right.”

We go on to carry these beliefs, more often than not, unknowingly, with us throughout our adulthood. And since smart girls tend to perceive their abilities as inborn and unmodifiable, they grow into individuals that are way too hard on themselves, i.e. individuals that will too soon conclude that they lack what it takes to be successful in a particular arena and throw in the towel prematurely.

This means that even if every obstacle to a woman’s achieving success in her workplace and career is removed  as well as every challenge that we deal with balancing family and work, every gender stereotype, and every inequality, we’d still have to face the fact that due to our wrong beliefs about our abilities, we may actually be our own worst enemy.

So, what you need to remember is that intelligence, self-control, creativity, or charm is changeable. When it comes to learning and/or improving any skill, your persistence, effort, and experience are all important.

So, if you are a bright girl, it is time for you to get rid of your wrong belief about your abilities, accept the fact that you can always do better, and regain the confidence to face any challenge you didn’t respond to or maybe lost years ago.