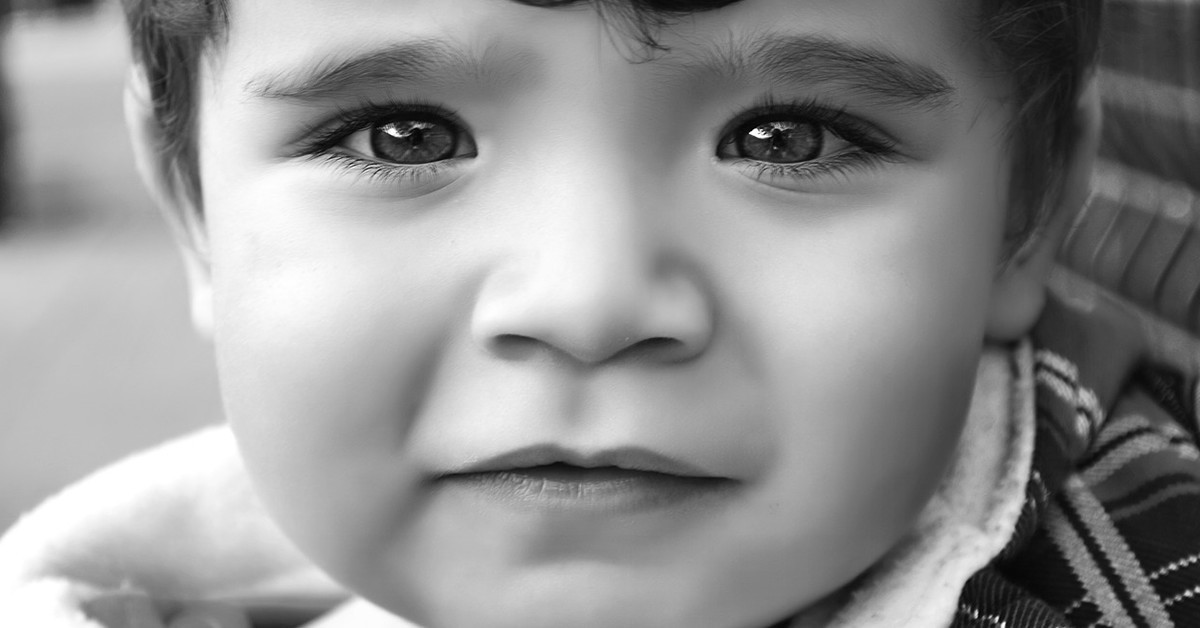 If you are a parent, you are probably familiar with the “cry it out” method to get your little one to sleep.

Well-meaning parents might advise you to let your baby cry it out until it drifts off to sleep so that it can learn to be independent.

Or they might advise you to practice this method because it’ll help you avoid sleep deprivation.

However, parenting methods, such as “crying it out,” a practice that has been present in parenting since at least the 1880s, are not always the best.

The purpose of this article is definitely not to judge parents who use this method, but we’d simply like to point out that what some people think “works” on our little ones, in fact, can affect the child’s emotional and mental health unfavorably.

The “cry it out” method was highly popular during the 20th century. This was the time when male behaviorists and psychologists were presumed to know better than mothers about the right way to bring up a child.

The popular belief was that raising a child with too much love and kindness would make it grow into a dependent, whiny, irresponsible human being.

Even a government pamphlet from that time suggested that a mother can stop holding her baby if “her arms feel tired” since “the baby is never to inconvenience the adult.”

And as for babies who were older than 6 months, the pamphlet recommended that they “should be taught to sit silently in the crib; otherwise, he might need to be constantly watched and entertained by the mother, a serious waste of time.”

However, thanks to neuroscience, the ideas and parenting practices of our ancestors can be rejected because science has shown that “crying it out” is a method which can cause damage to children and their relationships for the long term.

Science has also shown that letting babies cry it out is a good way to make less healthy and less smart but more demanding, uncooperative, anxious, distant, and unhappy individuals who are likely to pass the same characteristics on to the next generation.

Behaviorists back then saw the baby as some kind of an intrusion that must be dealt with in a variety of ways so that parents can live their lives without too much stress and without being sleep deprived.

Perhaps this ignorance can be attributed to the fact that at that time a lot of extended families were starting to break up and parents had to find a way how to deal with their little ones by themselves.

Now it can be confirmed that forcing “independence” on babies actually makes them grow into more dependent individuals.

Ignorant behaviorists back in the 20th century and now advise parents to teach the baby that its needs won’t be met, be it comforting or feeding. In their view, it’s the grown-ups that should be in control of the relationship.

However, while this may foster a kid that doesn’t ask for too much attention and help from its parents and other people as well, there’s a greater probability that this will foster a spoiled, cranky, impatient, unhappy, and even aggressive child –  a child that has learned that one has to scream so as to get their needs met.

The fact is that parents who respond to their child’s needs habitually are more likely to have independent children than those who ignore their kid’s needs.

The “cry it out” method is nothing else but a result of parents’ misunderstanding of the way a child’s brain develops. What all parents need to know is that when they hold their baby, this helps him/her grow, and that babies express their needs through gestures, including crying.

So, what does the “cry it out” practice actually do to the baby?

1. The connections between neurons are damaged.

When the baby is distressed, this can cause damage to the synapses in the infant’s brain. Additionally, the “stress hormone” cortisol is released. And when this hormone is released in large quantities, it can prevent neurons from forming connections or wipe them out completely.

2. Prolonged distress in childhood can lead to different disorders later in life, such as irritable bowel syndrome. 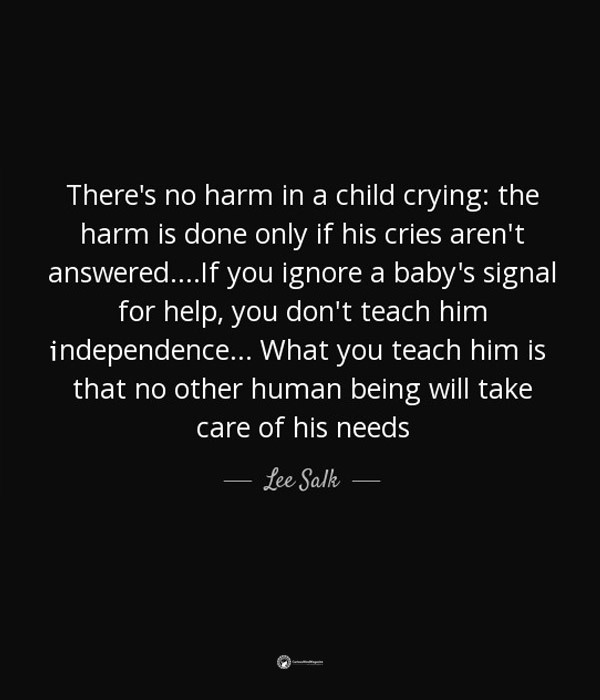 3. The self-regulation of the child is undermined.

When parents meet the baby’s needs before it gets distressed, i.e. hold and comfort it, the baby develops expectations for comforting. On the other hand, when the baby’s needs are ignored, this makes the baby learn to stop feeling and trusting and shut down when feeling distressed.

4. Trust and self-confidence are undermined.

When parents meet the baby’s needs without letting it get distressed, the child learns to trust them. On the other hand, letting a baby cry it out causes the child to develop a sense of mistrust of those around him/her and relationships as well.

5. Caregiver sensitivity can be damaged.

An adult that learns to dismiss baby’s needs and crying also learns to harden their heart. And once the reciprocity between baby and adult is broken, the baby starts to feel helpless.

6. Caregiver responsiveness to the baby’s needs is connected to most positive child outcomes, such as self-regulation, lack of aggression, empathy, intelligence, and social competence.