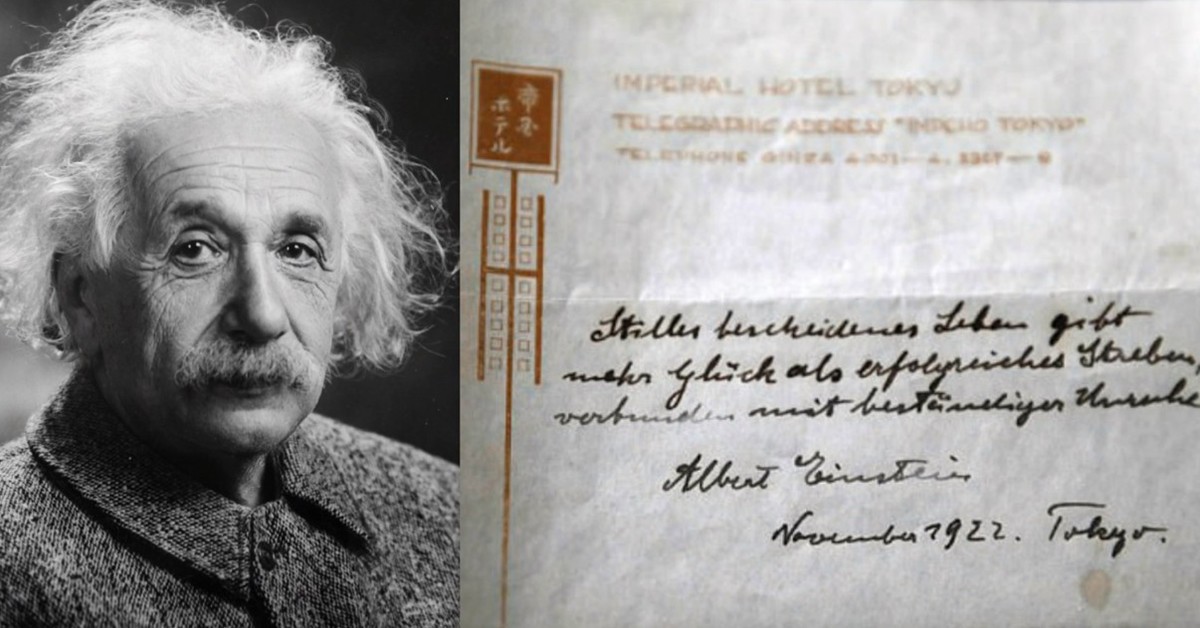 Albert Einstein may be famous for his theory of relativity and his influence on the philosophy of science, but as it turns out, this German scientist may have also had other little bits of wisdom to share with the world.

These bits of wisdom were jotted down by Einstein on a piece of paper at the Imperial Hotel in Tokyo while he was on a lecture tour in 1922. On this trip, he was informed that he’d won the greatest prize in his field – the Nobel Prize in Physics.

But, what would be interesting to mention is that this short yet valuable note was not written for another scientist or CEO of some notable company. Instead, Einstein wrote it for one messenger boy. The messenger boy arrived to deliver a message to Einstein, but either the scientist had no change to tip the messenger or the latter did not want to accept a tip.

So, in order not to let the messenger boy go empty-handed, Einstein composed two short notes and handed over them to him and said that the notes could be worth a lot more in the future than the spare change which he might have given to him instead.

So, what exactly did Einstein jot down?

“A calm and modest life brings more happiness than the pursuit of success combined with constant restlessness,” the note written down on a piece of Imperial Hotel Tokyo stationery read. It was sold for a staggering $1.56 million at an auction in Jerusalem on October 24th in 2017.

And when it comes to Einstein’s thoughts on happiness, I believe we can all agree that they teach us an essential truth. We can even apply them to our own lives as they emphasize what truly brings happiness into our lives and what actually prevents us from achieving it.