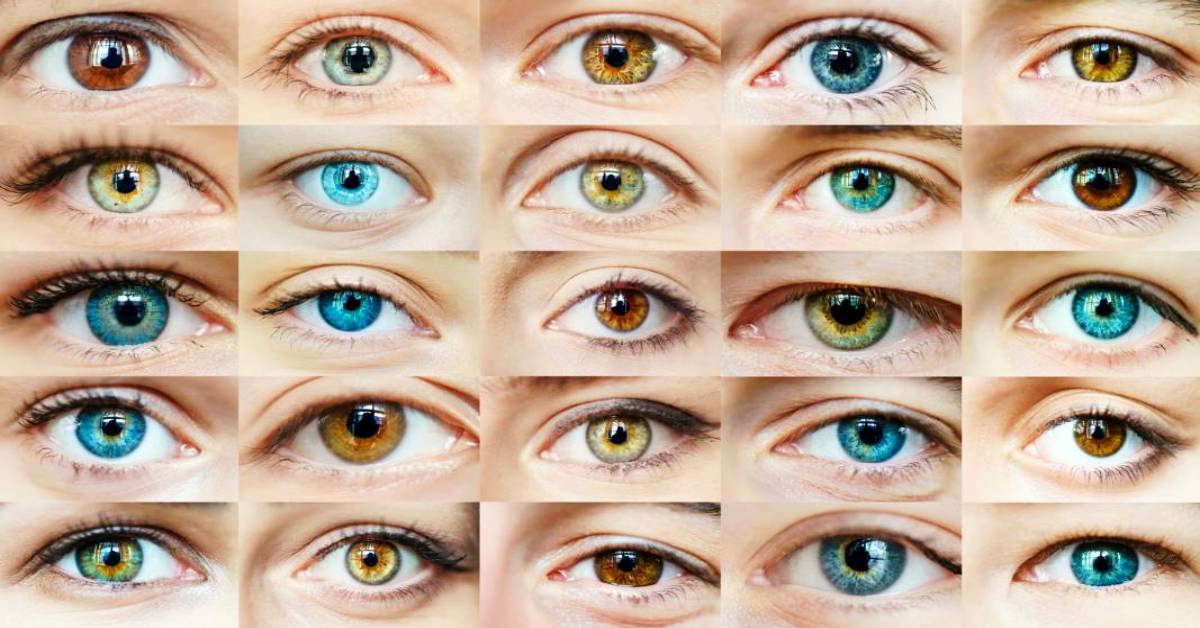 Can you tell a person’s personality based on their eye color? Many people agree that the eyes are indeed a window to the soul, and really, if your tongue can lie, making your eyes to lie is rather difficult.

The eyes can show a variety of emotions that we have learned to recognize, but can they tell more about one’s personality? After studying the personalities of 428 subjects, scientists at Orebro University in Sweden have found a pattern.

In their study, they concluded that every eye color comes with a distinct set of personality traits that the other eye colors lack or combine (depending on the color). This correlation is a result of a gene that is responsible for the development of the iris.

In fact, the same gene responsible for the development of the iris is the one that plays a shaping role of the frontal lobe of the brain, the part of the brain that influences personality.

As Dr. Anthony Fallone of the Edinburgh University points, “The eye is so closely linked neurologically to the brain that you might call it the only part of our brain you can see from the outside. It seems to hold vital clues to our brain function.”

So, what does your eye color say about your personality?

These heavily pigmented eyes leave the impression of being black. This rare color leaves a hint of mystery in the perception of others. If you have black eyes, you were most likely born a leader, and if you can’t see yourself in this description, it’s at least how others tend to see you.

According to a study, people with dark-brown or black eyes are also seen as more agreeable.

The ability to think fast comes as a result of the increased amount of melanin in the iris (and thus the brain), which functions as an insulator in the connectors between the brain cells. This allows the cells to communicate more quickly and efficiently.

Another thing that dark-eyed people are good at is remaining sober. Unlike those with light-colored eyes, people with dark eyes choose to drink considerably less.

While dark eyes are the result of an increased amount of melanin, the blue eyes lack melanin altogether. In fact, the blue color is a result of the blue light escaping the otherwise transparent iris.

Many people see blue-eyed people as soft and even meek. However, people with blue eyes come with great psychological and physical strength. A study has shown that women with blue eyes have shown an increased tolerance to childbirth pain compared to the others.

Not only did they show greater tolerance to pain, but the women involved in the study also showed a remarkable ability in handling postpartum depression, anxiety, and catastrophizing/rumination.

However, don’t be discouraged to find that people tend to see blue-eyed people as being ‘egotistical’ and ‘competitive’, while at the same time being ‘weak’, ‘unassertive’, or even ‘untrustworthy’. It’s just that they’re not able to peer deeper into those bright eyes and see your strength.

If your eyes are dark gray, then you possess two opposite sides of your personality that create a well-balanced personality. In other words, you can be both good and evil, depending on your choice.

If you have light-grey eyes, you come with a deep affection and caring for those who are able to reach through your concerned and wary exterior. You tend to keep your defenses up and don’t let everyone in.

You can work a lot more than others before you exert yourself and you wish to be taken seriously.

Called hazel because of their resemblance to the hazelnut color, these eyes appear to change from brown to green or have a vivid combination between the two colors. This combination is not so common, and every hazel-eyed person bears their unique combination of green and brown.

If you have heard your parents telling you that you are different and unique, it’s because you really are. In fact, you can never pin down the personality of a hazel-eyed person. It’s because people with hazel eyes like their independence, confidence, and spontaneity more than anything in the world.

Hazel-eyed people possess a balanced personality that leaves a hint of mystery in the eyes of the others.

According to the Charles University in Prague, these people can be described as respectful, gentle, and very loyal – though definitely not submissive.

If you have brown eyes, you probably have a difficult time getting up in the morning. It has been found that brown-eyed people spend two hours less sleeping than those with lighter eyes and that they had poorer sleep cycles.

Green eyes are in the middle between blue and brown, lacking the melanin to be brown, but having enough not to be blue. And they are the dream of many people. In fact, most people want to change their eye color to green, and it’s no wonder why.

Green-eyed people are seen as sexy by most. This is what a survey conducted by CyberPulse has found. And indeed, the exotic charm of the green eyes is something everyone would fall for.

Personality-wise, green-eyed people are both dominant and agreeable like those with brown eyes and cautious and strong like those with blue eyes. Doctor Hamadi Kallel, an ophthalmologist surgeon, says that people with green eyes possess “an air of mystery and a quiet self-sufficiency.”

These people possess their own genuine and creative nature, paired with the ability to perform well under pressure. They are also often unpredictable and are slow to anger.

What Motives are There for Employees to Lie On Their CV?

Why Should You Switch from Tradition to Electric Bikes

Going Through the Rehab: Practical Tips to Help You Understand the Process

What You Need to Build Your Family’s Finances

5 Ways to Keep Your Marriage and Romance Fresh

7 Simple Healthy Habits That You Can Start Practicing Immediately

How CA Traditional Casino Games Survived The Test Of Time

Love in the age of artificial intelligence