To answer this question, we must first discuss what is Kratom, what does it do, and how does it compare to other medicines.

There is numerous recommended treatment for anxiety. The commonly used is to take prescription drugs such as trazodone, buspirone, venlafaxine and several of the benzodiazepines, such as lorazepam (Ativan), alprazolam (Xanax), oxazepam (Serax) and chlordiazepoxide (Librium), and diazepam (Valium). However, natural medicines are also being considered in treating anxiety. You can find more on ethno botanical council.

Kratom is a tropical tree in which its leaves have psychotropic effects. It is a native tree from Southeast Asia. Aside from being used as a recreational drug, it is also used to treat anxiety since it makes the user mentally and physically “relaxed.”

What makes Kratom a treatment to anxiety is mitragynine, an indole-based opioid-receptor agonist or, simply put, a psychoactive substance that numbs and stimulates the brain. A single dry leaf of Kratom contains 1.2% to 2.1%.

To clarify, Kratom is not an opioid or a substance that relieves the brain or body of pain. Opioids include codeine, morphine, and heroin. It has been named a “legal opioid.”

For a person with high levels of stress and a tendency to have panic attacks, buy bulk kratom to help in sedating and pleasuring the brain. This happens because mitragynine and 7-α-hydroxy mitragynine react to opioid receptors in the brain. Kratom can be taken in different methods such as through capsules, tablets, gum, tinctures or concentrated liquid, and extracts.

Aside from anxiety, the numbing effect of kratom has also been used to treat body pains, muscle aches, overfatigue, high blood pressure, opioid addiction and withdrawal, diarrhea and irregular bowel movement, and post-traumatic stress disorder. In effect, kratom can be compared to cannabis as both are a natural psychoactive drug.

Kratom and Its Different Effects

Kratom has also different strains with a different effect on its own.

Kratom Vs Other Medicines for Anxiety

It can be said that kratom is the “new guy” in the array of prescription drugs for persons with anxiety. Usually, it is compared to alprazolam or Xanax due to its similarities such as accessibility, affordability, and relieving effect.

One main difference between the two is kratom is a natural drug derived from a tree while Xanax is a synthetic drug produced in a pharmaceutical lab. Public perception is leaning towards the latter due to having a more structured and reliable production. Both have positive effects, side effects, and long term risks. Below we compare kratom and Xanax in treating anxiety.

It is an organic substance so there will be fewer chemicals inside the body.

Its effect on the brain is more subdued.

It can provide a “natural high” which helps persons with anxiety overcome panic attacks, a shift in mood, restlessness, and physical tension.

For first time users. It can cause nausea, constipation, dry mouth, and even psychosis.

It can cause weight loss and skin irritation.

Since it is a natural drug, its side effects will be lesser than Xanax.

It is a synthetic drug which has been fine-tuned (includes tests and trails) in the laboratory so it is more potent and accurate in treating imbalances in the brain which causes anxiety.

As a therapeutic drug, it reduces restlessness, physical tension, and uneasiness more accurately.

It can cause loss of physical coordination, memory troubles, speech problems, and even insomnia.

It can cause dependency on Xanax which will also have withdrawal effects once you stop using it.

So… can Kratom help with anxiety? Definitely. However, it should be noted that there is still a small number of researches and political talks about Kratom. Most of the knowledge we have comes from subjective anecdotal experiences of Kratom users.

If you want to take a break from synthetic drugs and still want to treat your anxiety in a natural and organic way, Kratom is for you. Even for those who are currently taking Xanax and other prescription drugs, you might want to try kratom and see how it compares to your current medicines. As with all substances, consult Kratom Crazy, a trust reputable seller, and consume in proper dosages. 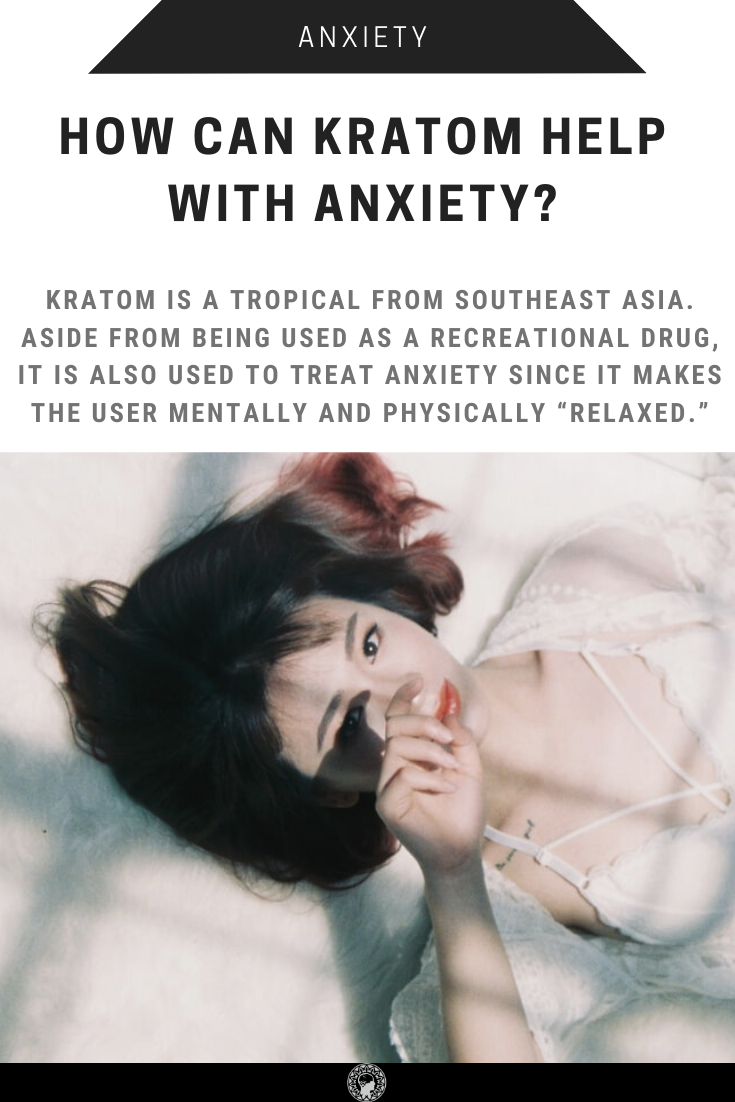