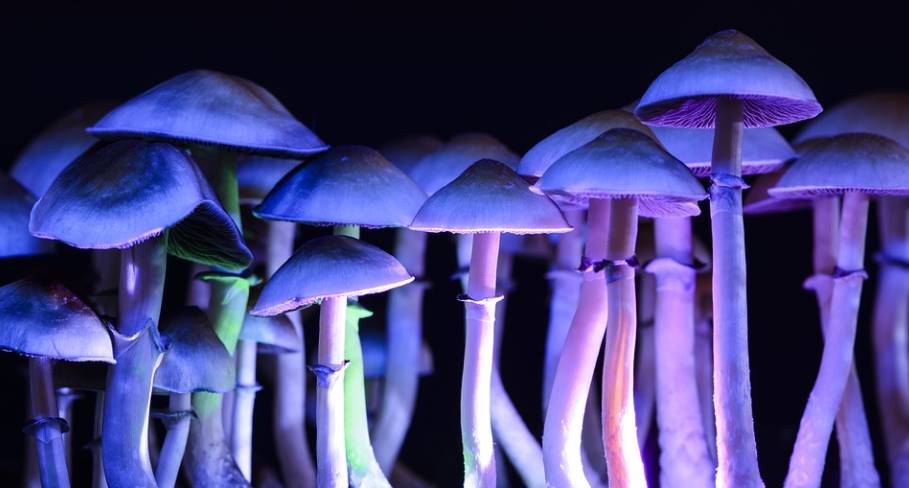 Magic mushrooms contain a psychedelic and hallucinogenic compound known as psilocybin. You can find them in various parts of the world where they are eaten fresh or dried, mixed into food, or brewed into tea, see all the prices here.

There are hundreds of magic shroom species holding anywhere from moderate to high psilocybin content. This influences the level of “trip” or “high” they provide users.

If you’re looking for a long-term solution, the best way to store magic mushrooms can be dried out and stored for up to three years. The storage environment should be cool, dark, and dry, and the container should be sealed to avoid insect infestation or loss of potency due to exposure to heat, moisture, or light.

How Long Does Psilocybin Remain in Your System?

Since psilocybin is what heavily contributes to the shroom’s “drugged” effect, it could be vital to know how long it remains in your system. Also, despite the compound’s breakthrough designation as therapeutic, it’s still considered illegal to possess and sell in some parts of the United States. Thus, knowing when traces of psilocybin are completely removed from your body is helpful either way.

The length of time traces of psilocybin can be found in your system ranges from less than a day to three months.

Basically, if you want to keep your recreational drug use under wraps, make sure you aren’t undergoing a hair follicle test anytime in the next three months. On the other hand, a urine or blood test should keep your secret past the one-day mark.

How Long Until You Feel the Effects of Psilocybin?

Once ingested orally, psilocybin-containing mushrooms can exhibit their effects in about 20 to 40 minutes. By this time, the compound is converted into psilocin, which influences the brain’s serotonin levels, amping up the user’s mood.

Peak “effects” take place about an hour and a half to two hours after ingestion. The majority of the effects tend to be felt during the first six hours. This aligns with the timing in which psilocin combines with the blood and gets flushed out by the kidneys.

Some physical markers of the drug working your system include headaches, increased heart rate, nausea, and yawning. Mentally, it can impact the user by encouraging introspective thoughts, creating spiritual feelings, and bringing unpleasant effects, like panic reactions and anxiety.

While rare, some can also experience personality changes that last for over a year. The shrooms have also been reported to elicit flashbacks and cause people to develop HPPD or hallucinogen persisting perception disorder. However, the latter is extremely rare and requires further research.

Psilocybin has an average 50-minute half-life. Half-life refers to the time it takes for one-half of the compound to be flushed from the body. Generally, it takes about five to six half-lives before the entire drug is removed from the human system.

Where psilocin is concerned, three hours is needed to flush out two-thirds of the dosage. Also, note that psilocybin metabolization is quicker for some than it is for others. This has to do with drug dosage and frequency of use, as well as the weight and age of the user.

Experience, on the other hand, is relative to the individual’s mindset and physical setting. All things considered, here’s how long psilocybin remains in the following areas previously mentioned (urine, hair, and blood):

Blood testing for psilocybin isn’t all that common, but you can’t completely rule it out from happening, either. The window of time for detection with this test is extremely brief, meaning administration should be done not more than six hours after use.

The typical nine- and five-drug panel tests ordered by testing companies don’t usually check for psilocybin, but some do include psilocybin and psilocin urine tests. Either an employer or probation officer can purchase these kits, which can detect tiny traces of the drug for up to 24 hours after use.

Now, this is where traces of substances can remain for a considerable time. The hair follicles can determine psilocybin intake for up to three months since ingestion. That said, larger samples may be required to discover detectable traces of the drug.

The “tricky” part about determining the amount of time psilocybin remains in your system are the variables that influence detection time. To get a close estimation of when the compound leaves the human body, one also has to consider the following:

With age comes reduced blood flow, which could delay the expulsion of psilocybin.

The more you sweat, the faster you remove the compound from your system.

The heavier you are, the quicker you excrete psilocybin.

Moisture can help expedite the flushing out of psilocybin through the kidneys.

When these two organs are healthy and functioning well, psilocybin should pass through the system faster.

Getting Psilocybin Out of Your System Faster

Your key to flushing out psilocybin faster than normal would be to drink lots of water and make yourself sweat a lot. Unless you let the substance take its natural course, there’s really nothing else to it.

Additionally, if you don’t plan on letting the drug remain in your system more than it has to, don’t take too much of it. Limiting your dose should reduce both the amounts and the window of time the drug becomes traceable.