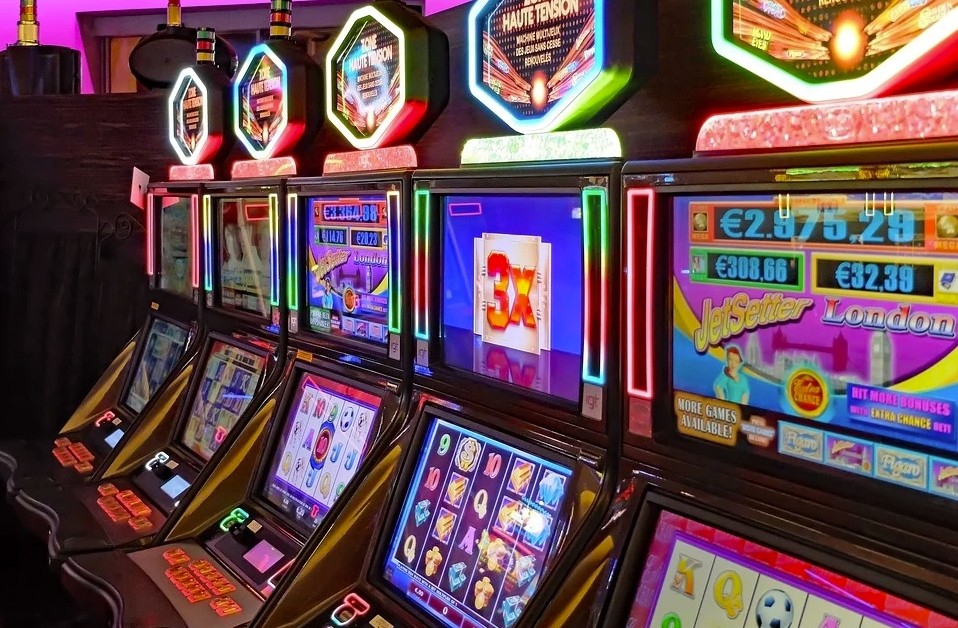 Since the early days of the first mechanical slot machines, the slots industry has changed a lot. Today, slots are almost unrecognizable from the first slot machine with more reels, symbols, bonuses, and digital displays. Technology has led to some rapid improvements in the way they play as well as how these games look.

As technology has improved, games have become more exciting and more popular than ever, and the fact that you can now play now slots online has also helped.

The first-ever slot machine was produced in 1894 by a mechanic named Charles Fey. This machine, which became known as the Liberty Bell, featured three spinning reels with playing card symbols and was operated with a lever. The machine soon became popular in bars throughout the US, and players could win big payouts if they hit three Liberty Bell symbols on their spin.

With the success of the first slot machine, it wasn’t long before more devices were being created that added new features and symbols. These early mechanical slots were usually powered by a lever pull and had a complicated mechanism inside to ensure that there were no patterns in how the reels turned. During this time, some of the best low variance slots were developed, although few remain in working order today.

Early slots all had physical reels with symbols painted on them. Playing cards were popular, but over time, fruit symbols, lucky sevens, jewels, and more all started to become more common. Slot machines became more complicated, but as they were mechanical, there was a limit on how many reels and symbols they could feature.

For a long time, mechanical slots were all there were, and although they were eventually created to be electric powered and use a button rather than a lever, they were still limited to certain designs. That changed in the 70s when the first-ever video slot was produced, leading to old fashioned slot machines being phased out. Around this time, video games had started to be developed, with Pong being produced in 1972. The development of these early video games led to video slots that used computer-generated reels rather than physical ones.

Physical reels always faced mechanical problems, and the more complicated the mechanism, the more frequent the breakdowns became. With video slots, the games were relatively simple but could be programmed to have many more reels, symbols, and features. All the game’s action was determined by a computer that would be programmed to randomly determine the outcome of the spin.

Although the early video slots were a success, the graphics were very simple, using CRT screens and two-dimensional sprite graphics. Through the 80s and 90s, however, the quality of computer graphics rapidly improved, and it wasn’t long before gamblers could enjoy themed slots with a wide range of colors, animations, and features.

Today, the range and quality of slots and themes you can play is massive, and there’s no doubt that Charles Fey would be shocked at how far his invention has developed. There are thousands of different slots available to play online, each of which features modern graphics and animations that wouldn’t look out of place in a big-budget video game.

You can find a large array of different slots, including those that are based on classic fruit machines and those that feature 3D graphics and high-quality animation with original characters and designs. Slots may be essentially the same game as those early mechanical slots, but they’re worlds apart in terms of their graphics. The computers behind these games have also gotten far more powerful, allowing for more complicated gameplay with more reels and symbols than ever. The Megaways slots are an excellent example of this, offering up to 117,649 pay lines and offering big winning potential with six reels.

The Future of Slots

As technology improves and the demand for high-quality slots grows, it’s likely we’ll continue to see innovative and exciting new games being produced by slot software developers. Live games have helped to make online table games more exciting, and some studios have released live slots too. In the future, we could see even better graphics as well as technology such as augmented reality and virtual reality being used to make slots more interactive and more exciting than ever before.