There have been many theories as to whether the story of Jesus was as accurate as the Bible and the Church claim it to be. Some theories suggest that there was no historical evidence of Jesus’s existence, and others claim that Jesus escaped to France after the supposed resurrection.

But how would you react if you heard that Jesus spread the teachings of Buddhism, which he learned during the lost years of his life that aren’t mentioned in the Bible and that he fled for Kashmir, India after the crucifixion?

A BBC documentary explored this theory and they posed some very important questions that should be considered when analyzing the story of the life, death, and resurrection of Jesus Christ.

The main points the documentary takes into account are related to his birth, lost years, crucifixion, resurrection, and the events after his resurrection.

Who were the three Magi from the East who visited Jesus at his birth? Were they Buddhist monks who went to witness the reincarnation of the Buddha? Did they take him to India as a child during his ‘lost years?’

Was Jesus’s supposed death on the cross possible after three to nine hours when it would usually take at least a day for a person to die on the cross? Could he have been drugged when he drank from the vinegar-infused sponge while he was on the cross?

And lastly, did Jesus ascend into the heavens or did he depart to the place he had visited before, while he was a child? And, if the locals in Kashmir are telling the truth, is Jesus’s grave at that place right now?

Namely, the Buddha is known to have taught his followers that the meek will inherit the Earth and that they should love their enemies. These teachings are not consistent with Jewish tradition, even though these are one of the main principles of Christianity and Buddhism. Which is more, the Buddha also walked on water and fed hundreds of his disciples with a few scraps of food.

And on top of all that, there is a tribe in Kashmir who claim to be descendants of the Lost Tribes of Israel, and they claim that Jesus returned to them in his thirties and remained there to spread his teaching.

According to this tribe, he was locally known as Yuzasaf, a prophet who came from Israel in 50AD, and lived and died there in the year 80AD. They say that he was buried in the Rozabal of Yuzasaf, which has been engraved with a unique representation of two feet scarred at the places where Jesus received his famous stigmata.

The name Yuzasaf translates into ‘leader of the healed,’ ‘the healer,” and ‘the shepherd.’

There is even an ancient scripture named “The Life of Saint Issa, the Best of the Sons of Men” that has been found in the Tibetan Buddhist monastery in Hemis, Ladakh in India. The Arabic name for Jesus is Issa.

These may all sound as controversial and wild claims, but the documentary is worth watching, if not else, out of curiosity sake. 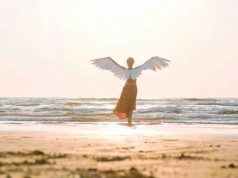 The Number 17 Meaning and Significance 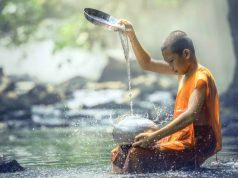 What does 333 mean in love? 9 Angel Number Meanings