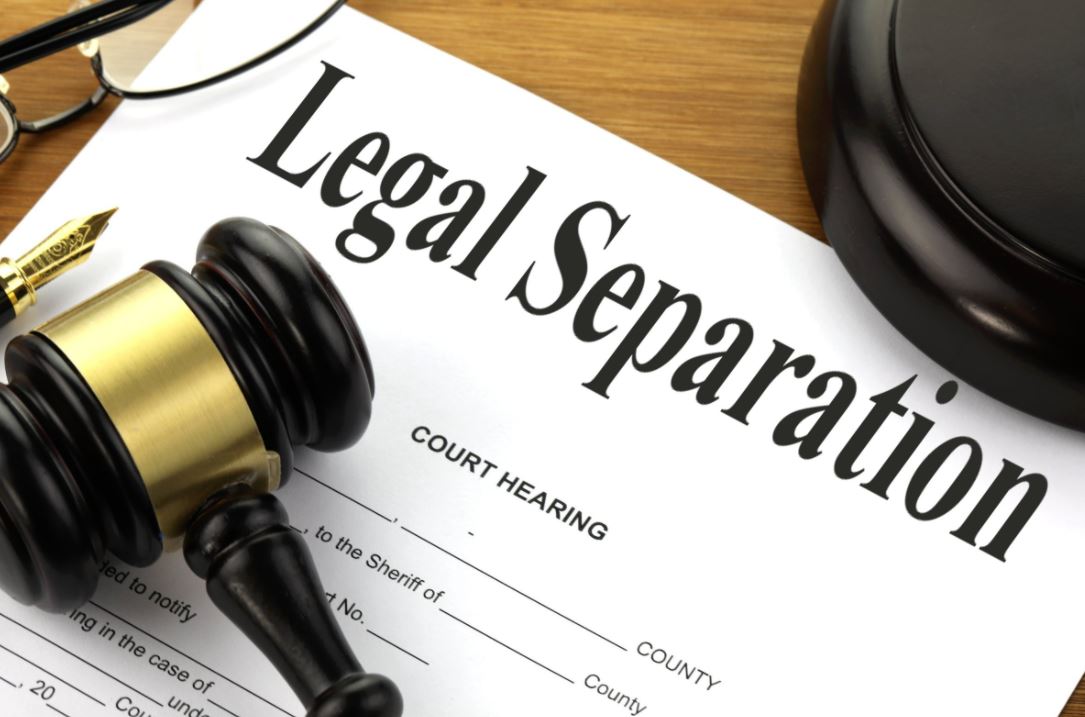 According to the law, there are three ways to end a marital relationship: divorce, legal separation, and annulment. In this article, we will discuss the first two options, describe their differences, and explain how to know which type to choose.

What is a Divorce?

Divorce is a legal process that takes place through the courts to officially end a marriage. It is also known as the dissolution of marriage. In a divorce, the spouses are obliged to divide all common property and settle issues regarding the custody of their minor children, child support, and the amount and duration of spousal support (alimony) if necessary. The judge will then issue a divorce decree. It usually takes about a month for the decision to take effect, after which the spouses are considered free and can marry again.

There is contested and uncontested divorce. In the first case, the spouses cannot agree on controversial issues, so the judge decides for them. In the second case, the spouses work together to resolve all issues of their dissolution, so the process is faster and less painful.

Reasons to Consider a Divorce

Getting a divorce is advisable in cases where:

How to Get a Divorce?

To file for divorce, a couple must meet certain conditions. First, their marriage must be legal. Second, they must comply with residency requirements. Depending on the state where the case will be considered, one of the spouses must be its resident for a certain period (usually 3, 6, or 12 months). Finally, spouses must have statutory grounds for divorce.

Almost all states support fault and no-fault divorce. A fault divorce suggests that spouses have one of the following reasons for marriage dissolution:

With fault grounds, the petitioner (the spouse who is filing for divorce) must prove in court the guilt of the respondent (second spouse).

The most common ground for no-fault divorce is that the marriage is irretrievably broken and cannot be saved. At the same time, none of the spouses is to blame for the current situation.

Divorce begins by filing a suit in a court. To do this, spouses need to fill out divorce forms established by the state where the case will be heard. If the couple chooses an uncontested divorce, they should also prepare a Settlement Agreement to describe the resolution of all controversial aspects of their dissolution. After filing the document with the court, there is a mandatory waiting period (the length varies from state to state) before the court grants a divorce.

In the case of a contested divorce, the judge will consider all the controversial issues of the couple. In addition, each spouse will have to hire a lawyer to defend their interests. Due to this, the cost of a divorce is significantly higher in comparison with an uncontested case. Divorce will only be granted after a court has ruled on all aspects of the couple’s dissolution.

What is a Legal Separation?

Unlike divorce, a legal separation does not end a marriage. But in this process, the spouses also divide common property, share custody of minor children, and decide spousal and child support. They also move to different houses and begin to lead separate lives. All property acquired after the legal separation is not considered common, although the marriage is still in force, and the spouses are not allowed to remarry.

After receiving a decree on legal separation, at any time, spouses can also file for divorce. Unlike marriage dissolution, legal separation cannot be obtained in all states.

Reasons to Consider a Legal Separation

You should consider a legal separation if:

How to Get a Legal Separation

The procedure for obtaining a legal separation is similar to a divorce. You will have to fill out the appropriate forms and submit them to the court. Before filing, you will have to live in the state where the case will be heard for a specific time, established by law.

Unlike divorce, legal separation cannot be contested. Thus, the spouses will have to prepare an agreement on the division of their property and all other aspects of the marriage and submit it to the court.

After filing a claim in court, the plaintiff will have to send copies of all documents to the defendant. After that, the couple has the opportunity to resolve any remaining controversial issues. They should file an additional agreement and go through a waiting period before the judge issues the decree.

How Can Online Divorce Help in Both Cases?

Online Divorce is a web service that prepares papers for an uncontested divorce, legal separation, and annulment. It is a reliable assistant for do-it-yourself cases when spouses are organizing the proceeding without an attorney.

Online divorce is a great opportunity to quickly and inexpensively prepare all the required forms since the cost of online divorce services is significantly lower than lawyers’ fees. All that spouses need to do is provide information about their marriage and choose the type of termination. After that, the system will select the necessary forms and fill them out according to the characteristics of the couple and the court’s requirements.