Anxiety as a mental condition is hard to live with. When combined with depression, it can get really complicated. People dealing with both conditions at the same time can sometimes have difficulties telling apart their symptoms, actually.

Exhaustion, lack of sleep, increased appetite – these are all symptoms that bot anxiety and depression can cause.

Living with depression is serious and doctors advise patients to treat the condition appropriately and on time in order to avoid complications. People living with anxiety need to learn the difference between depression and anxiety in order not to confuse the two. Next time you experience the following things, don’t jump in conclusion that it’s your anxiety talking, because you might be wrong.

Anxiety can make you feel uneasy and keep you awake until late in the night. However, it is unusual to sleep until noon every day and anxiety might have nothing to do with it. Constantly feeling exhausted might be a sign of depression, not anxiety.

It’s ok to have a snack or two late at night, but waking up in the middle of the night just to eat might be an alarm that’s telling you to reconsider your state. Usually, this is a symptom of depression.

ADHD (attention-deficit/hyperactivity disorder) characterizes with difficulty of concentrating. However, this condition distinguishes from both anxiety and depression. When you’re depressed, you can have difficulties focusing even on things you love doing, such as reading. That feeling of emptiness and lack of will to do anything is linked to depression.

Have you ever been in a situation where you had completely forgot what you were doing? For many people living with depression, it’s really easy to lose track of time and spend hours doing nothing without noticing it. However, the opposite can also happen. You might feel like time isn’t passing and every minute feels like an hour.

It gets difficult to follow a medicine regimen when you feel that no medicine is working, even if the medicine is for depression. Medicines for depression can work for some people and not work for others. This condition is often treated in another way, by working on the well-being and emotional state of the person.

This a classic symptom of anxiety, but it can also be caused by depression. The difference between the two is that anxiety causes intrusive thoughts about the future, usually combined with fear, while depression usually makes patients think about events that already took place in the past.

Dealing with anxiety and depression at the same time is challenging. Anxiety as a condition tends to make people overthink about details that make them imperfect. When you suddenly start feeling apathetic, you know that it’s your depression talking. If you suddenly get messy, and you know you’ve always been tidy, there must be something going on, right?

Again, this is also a symptom of anxiety, but you can easily differentiate between the two causes and see if it’s depression-caused or just the anxiety. When you’re anxious, you’re worrying about the familiar things – small talk, things that might go wrong, ways they might perceive you etc. Depression is different. When you’re depressed, you don’t care about anything anymore, even yourself. You feel ignorant to the environment and the events happening around you. You don’t have the same worries as with anxiety.

Being introverted is not the same thing as wanting to be alone. Depression makes you want to be alone and isolated. You don’t chose the people you want to see, but instead chose not to see any people. This is not frightening, as with anxiety, but exhausting instead.

When you’re depressed, even the smallest, most simple tasks can make you feel overwhelmed. Small events such as a bus being late or unexpected rain can affect you a lot. Depression makes you feel not fitting in the environment.

You want to sit and wait for it to go away. Being overwhelmed with anxiety is a different thing. Then, you are stressing about the smallest things and you’re being impatient, but because you’re afraid that something bad might happen in the future. 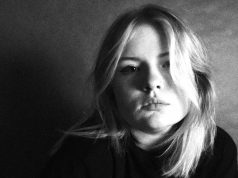 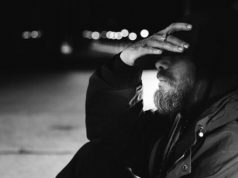 Anxiety Disorders And Major Depression Are Linked To Narcissistic Abuse

How to Soothe Your Anxiety While Traveling