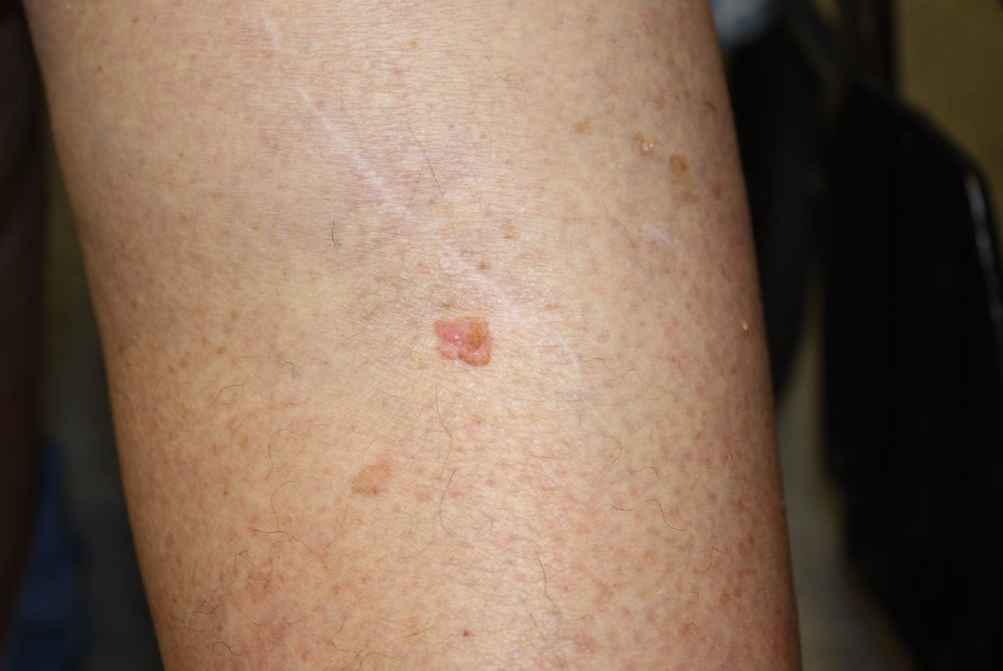 Are you trying to figure out more about the different types of melanoma types? Read this article to learn more about melanoma skin cancer.

Skin cancer is the most common type of cancer in the United States, with 1 in 5 Americans developing it by the age of 70.

Not all melanoma is the same, however. There are several melanoma types, with varying shapes, colors, and sizes.

To help you learn more, we broke down each type, what to look for, and how to reduce your risk.

Melanoma is a skin cancer that develops after melanocyte cells grow beyond what is normal. Melanocyte cells are what gives the skin a tan or dark color (pigmentation).

When these cells grow in numbers outside of the normal parameters, cancer can occur. It can develop anywhere on the skin but is commonly found on the back or chest.

People with light pigmentation are at the most significant risk for developing melanoma, but technically anyone can have it.

Superficial spreading melanoma is the most common type of melanoma, compromising as much as 70% of all melanoma cases. It often occurs from an existing non-cancerous mole.

It develops equally in men and women, with most cases occurring after patients are 40 years old.

Superficial spreading melanoma can take several shapes, but it’s most often flat and thin. It usually appears on the legs of women and the torso of men.

Its appearance can sometimes look like a freckle, so it’s essential to pay attention to changes in color, shape, and border to correctly identify it.

The second most common type of melanoma is nodular melanoma. It compromises about one-fifth of all melanoma cases.

Nodular melanoma grows deep into the skin and grows quickly. Because of its fast spread, it’s considered invasive when diagnosed. It’s the most aggressive type of melanoma cancer and is more commonly found in men.

New moles or lesions are often the culprits. Pay attention to raised growths, especially if it’s a mushroom shape. Nodular melanoma can take the form of any color, but it’s most commonly black.

It can be found anywhere on the body, but it occurs on the face and chest most frequently.

Lentigo Maligna Melanoma tends to affect older people specifically. It only makes up about 10% of all melanoma cancer cases.

It usually appears flat on the skin with uneven borders. Typically it grows horizontally for years before it begins to grow into the skin. It usually starts from a tumor and forms on skin frequently exposed to sunlight.

Be mindful of misdiagnosis for this cancer because it can be confused with sunspots.

This is the rarest form of the main types of melanoma cancer. It most frequently occurs in people with darker pigmentation, like people with African or Hispanic backgrounds.

Interestingly enough, it isn’t related to sun exposure. Similar to Lentigo Maligna Melanoma, it grows across the skin for a while before it grows deep into the skin.

It appears as a brown or black, flat spot that may appear on the soles of the feet or palms of the hands. It can sometimes look like a bruise.

Besides the four main types, there are other cases of melanoma. But, they’re much rarer. Intraocular melanoma occurs in the eye and is a common form of eye cancer.

Mucosal lentiginous melanoma develops in the organs of the body and isn’t related to sun exposure. But it’s dangerous because it typically spreads quickly and goes undiagnosed until the person is well into the late stages.

Desmoplastic melanoma appears as a lump in the inner layer of the skin of the head, neck, or upper back. It develops deep into the skin.

How to Reduce the Risk

Though nobody is 100% safe, there are several things you can do that can reduce risk of melanoma.

Frequent and consistent sun exposure significantly increases your risk, so try and keep yourself out of the sun as much as possible. If you are in the sun, wear sunscreen with a high SPF and consider wearing a hat to protect your face.

You should also avoid indoor tanning at all costs. The UV radiation from tanning booths emits UV radiation 10 to 15 times higher than the sun. UV radiation is a proven human carcinogen and can significantly increase the risk of developing skin cancer.

Scheduling frequent appointments to the dermatologist is also recommended. If you do develop melanoma, a dermatologist can catch it in the early stages if you’re getting regular skin checks.

Ready to Keep Your Skin Safe?

Hopefully, now you understand the importance of skin protection and being mindful of changes to your skin. Because there are several different melanoma types, you need to be cognizant of the common signs and symptoms.

You should pay attention to discoloration, changing moles, and uneven borders of freckles.

Keep in mind that even if you have skin cancer, it may not be melanoma. It could easily be basal cell cancer or squamous cell cancer, which is why it’s essential to always get checked.

And always remember to wear that sunscreen!

If you loved this article and you’re looking for other tips for a healthy life, please be sure to check out some of the other awesome articles on this page!