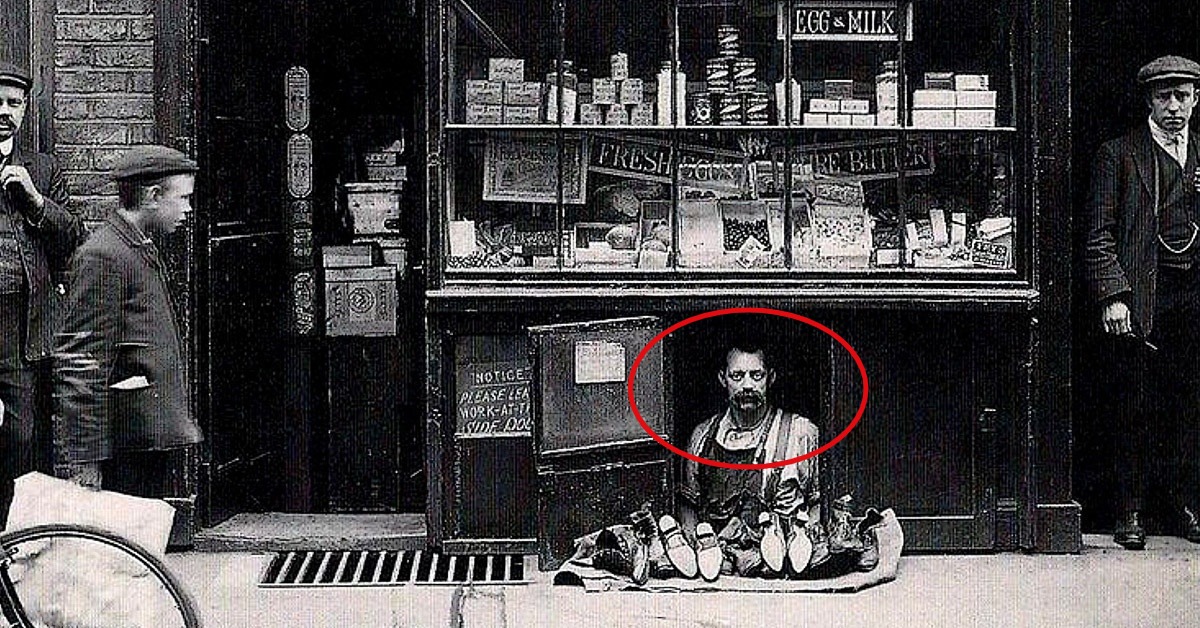 Nowadays, capturing every photographic moment is a piece of cake thanks to the high tech. But this wasn’t the case in the past since cameras weren’t as common as they are today.

Photographs were only taken on significant and remarkable events. Many of these photos have become iconic shots years later after they endured the test of time and people could understand their value and historical meaning.

Today thanks to old photo restoration services we can restore the lost events and see the faces of people of those times.

Throughout the history, life has changed and things have changed a lot. If you ever thought that life is strange nowadays, you are just about to change your mind: weird things have always been happening.

There are so many unimaginable moments that happened over the years and this gallery is a witness of the oddest photos from the past. They are all genuine and each of them has captured a specific moment from the past.

I am sure that some of these preserved photographs will bring a smile on your faces. Enjoy your trip throughout the history:

3. Photo taken of Elvis Presley in the army.

4. Beach patrols measuring the length of women’s bathing suits, 1920s. Women would be fined If they were too short.

5. A woman carrying her baby in a gas-resistant baby carriage.

6. A woman after committing suicide jumping from the 83rd floor of the Empire State Building and thus landing on a United National Limousine, 1947.

8. Princeton students after a freshman vs. sophomores snowball fight in 1893

9. A hotel owner pouring acid in a pool while a black family swam in it in 1964

12. After unpacking, people posing next to the Statue of Liberty face, 1885

14. 106-year-old woman from Armenia guards her home with an automatic weapon

15. After successful mission in space, the chimp is posing with a newspaper, 1961

16. Happiness and pleasure on the Australian boy’s face after receiving new shoes during WWII

18. A photograph of the original Ronald McDonald, 1963

19. Fuzzy ducklings used as a medical therapy for children

20. Going over the Niagara falls in a barrel, Annie Edison Tayilor was the first person to survive, 1901

24. The Disneyland cafeteria for its employees, 1961

25. The leftovers of a ruined London bookstore damaged by an air raid in 1940

28.  Mum and her son looking at the mushroom cloud following a nuclear test in Las Vegas.

30. This photo captures the moment when a  soldier shared his banana with a goat during the battle of Saipan, Ca. in 1944.

33. Martin Luther King removing a burned cross from his yard with his son in 1960

34. Walter Yeo, one of the first people to go through a skin transplant and developed plastic surgery, 1917

35. The shameful mum hiding her face after her disgraceful act of listing her children for sale in 1948

37. After London bombings, a little girl sitting and holding her doll in the ruins of her home, 1940.