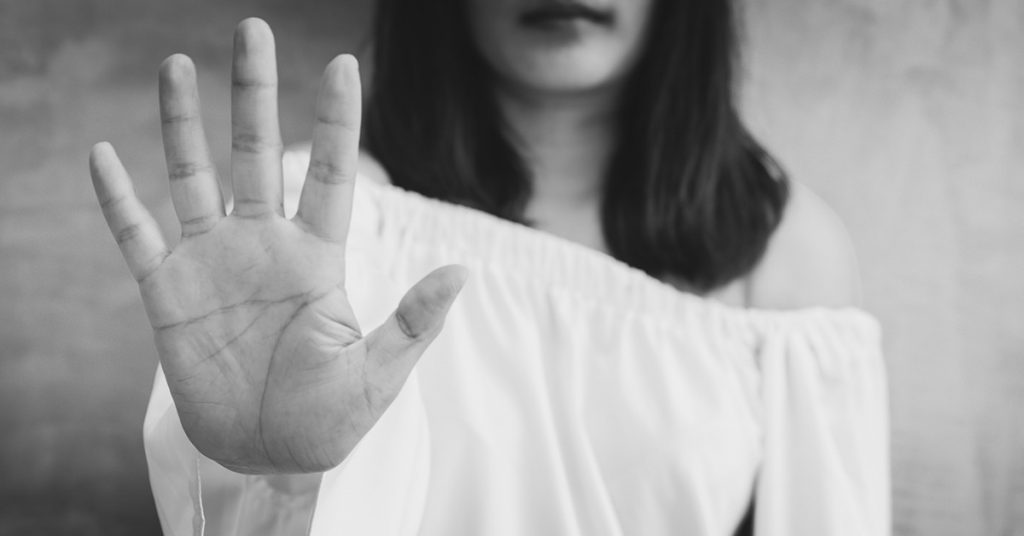 No is more than just a word. It’s a sign of integrity. And what does exactly integrity mean?

The opposite of integrity is always saying yes. Saying yes to offers and temptations to which the answer should be no.

The thing is, there’s a general opinion that saying yes conveys creativity, strength, openness to new ideas, and a willingness to accept changes and take risks. There’re many who believe that saying yes is always the right thing to do, but is it?

In fact, it’s more of an absurd than a reasonable thing. It’s rather a sign of conformity than someone’s identity. It makes people dependent rather than free.

And in my opinion – only robots always say yes.

The question is: Why saying yes is so justified and perceived as good and desirable? We can find out the answer if we look more closely at the positive “yes culture” we live in.

We live in a culture in which the pace of everything is constantly accelerating. Being a part of such culture, we focus on self-improvement and transformation. With each new day, more and more expectations are heaped on us. We’re expected to set goals, self-develop, think positively, and keep up with what’s going on, of course, while saying yes.

But, how can you be independent, creative, and live like you want to live, if you’re constantly in a state of dependency on development and adaption?

Don’t get me wrong. I’m not saying that you should not have goals or work on and improve yourself both personally and professionally. But, I want to tell you that saying yes is not the only legitimate option.

“Maybe,” “I doubt that,” “Hmm, let me think,” and especially “No” are all legitimate as well as desirable answers too.

They show that you’re able to think for yourself. That you know what’s morally right and what’s wrong. That you’re a mature, responsible person who has respect for others and yourself as well. 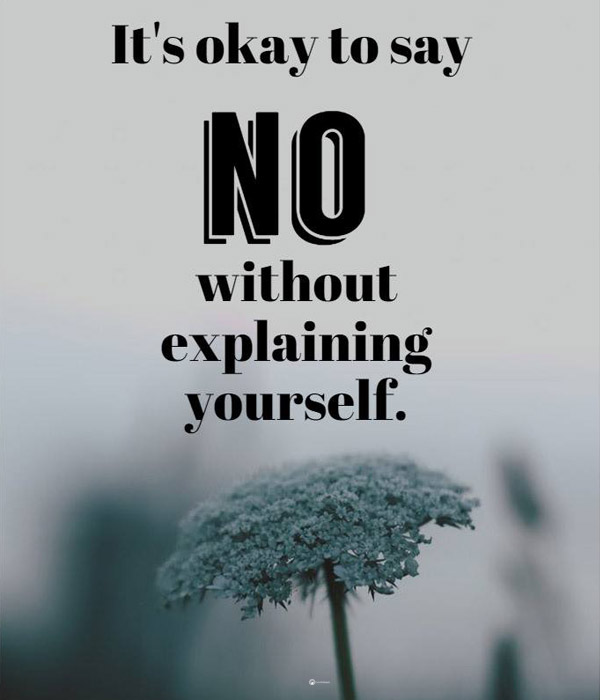 Saying no shows that you possess integrity and that you want to maintain it. It shows that you’re mature and conscientious enough to turn down offers and reject things that deserve to be renounced.

Saying something like: “I don’t want to do that” to your friend, parent, including your boss, doesn’t mean you’re weak, rigid, unwilling to obey orders, or negative. It simply shows that you have integrity.

Saying no shows that you’re capable of controlling your behavior and that you have dignity and a sense of duty towards others. It is these virtues which engender a deep sense of fulfillment and satisfaction, not the willingness to accept changes and all life’s fascinating opportunities.

You need to understand that always saying yes, be that to projects or personal development courses at work or  to something related to your personal life, is not always a good idea. Saying yes doesn’t make you more adaptable, courageous, creative, enterprising, or popular than those who simply say “No, thanks” to things they feel are not the right things to do.

You need to understand, too, that saying yes doesn’t make you more open to things. On the contrary, it’s saying NO, or when you express doubt that makes you open to other ways of behavior and understandings of the world, as well as to other people’s opinions.

It’s saying no that shows you’re aware that your point of view is just one among many, but that you’re able to stand firm on it and accept the fact that others have different worldviews. It shows that you’re tolerant.

You need to understand that by saying yes, just because you fear you won’t be able to keep up, you actually risk losing integrity and missing out on important aspects of life.

One such thing you’re certainly missing out on is the peace of mind. In a culture where the ideal is an adaptable, enterprising individual, only those with peace of mind are able to turn down all unreasonable and morally wrong demands and requirements.

Living in a culture where certainty, self-development, and progress are perceived as the ideal, hesitation, doubt, and worry have become virtues. It is when you show that you have these qualities that you prevent others from telling you what to think and do, where to go, and what decisions to make.

It’s when you show you possess these qualities that you’re able to learn who you really are.

Again, I’m not saying that you should always say no, but if you remember that when you’re in doubt, the answer is usually no and that this is totally legitimate, this will help you stand firm on your own feet, resist all temptations you’re faced with every single day, and be true to the important things in life.

So, go ahead. Say no with a smile. Say no with confidence and determination. Say no to degrading suggestions. Say no to other projects until you have fulfilled all your prior ones. Say no to things you don’t want to do. Say no and preserve your integrity.