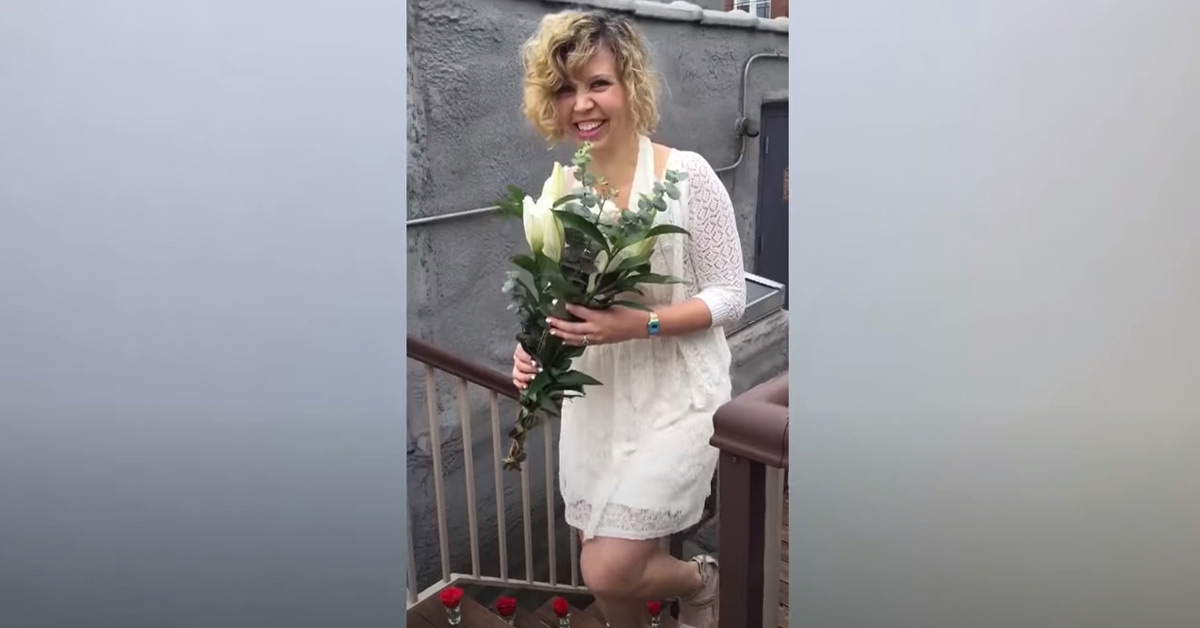 There is a belief among all of us that finding the right person is the key to a happy marriage.

But, what if you are the perfect one for you?

Yes, it sounds bizarre, but actually it is becoming a trend now. More and more people stopped looking for their perfect person and instead started marrying themselves. It is called ‘sologamy’.

One of these happy ‘sologamists’ is Erika Anderson.

“I would describe it as women saying ‘yes’ to themselves. It means that we are enough even if we are not partnered with someone else”, Anderson says.

At her wedding Anderson wore a white dress and a bouquet. Everything looked like an ordinary wedding, except she walked the isle alone with no one waiting for her. She always wanted that.

She married herself in front of her closest friends and family because she got sick hearing the frequent comments of her relatives asking her why she is still single.

There are more and more self-marriages or ‘sologamies’ nowadays. It really is becoming a trend among those who decided to stay single.

This ‘sologamy’ movement has gone global now with companies trying everything they can think of to gain profit. For example, in Canada, “Marry Yourself” offers professional wedding photography and consulting. There is also a website called IMarriedMe.com created by a man called Jeffrey Levin from San Francisco.

Anderson started this trend by marrying herself in order to celebrate her independence and she encourages others to do that too.

She flew solo to Mexico to celebrate his one year anniversary. She hadn’t given up on the possibility to find a partner. Even though she is married to herself, she keeps her options open if an opportunity presents.

All in all, self-marriage can’t be a bad idea. What do you think?