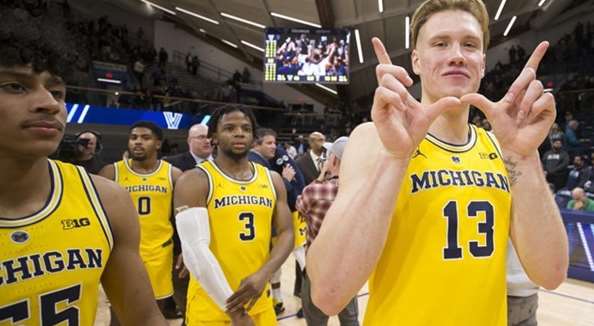 Early morning wake-ups, attend school, practice or participate in a scheduled game, time for homework, and then repeat. The life of a student-athlete isn’t a simple one; obtaining the perfect harmony between academics and athletic achievement isn’t for the fainthearted. However, a general misconception that sports participation in school/college negatively affects student grading and overall performance needs to be addressed.

Firstly, becoming eligible to partake in sports requires a 2.0 GPA at most schools. This instantly removes the stigmata attached and proves the theory mentioned above to be misinformation. Secondly, it’s scientifically proven that regular exercise benefits mental and physical health; this should have nothing but a positive impact on grades and school life in general.

A great example is found at the basketball college programs in Michigan. Studies held by Michigan State University added to the overwhelming evidence that partaking in recreational sports can enhance grade scores while encouraging students to return for another year. Between the 1,850 students who participated in sports at MSU, the average grade was 3.25 on completing their first year compared to a 3.07 GPA for those inactive from sports.

A significant number of those highest achieving grades stemmed from the basketball court, shining a positive light on Michigan States loving relationship with the sport. Beyond the college campuses, Michigan Sportsbooks offers the mathematically skilled a chance to capitalize on the sports betting market. Available odds can be studied across the college basketball markets, including many other sports.

But it’s more than a love for basketball and positive grades; the aforementioned studies additionally proved that students who participated in recreational sports were less likely to drop out or fail within their first year. In fact, a massive 40% of students under college sports programs would move onto sophomore status and 3 times more inclined to return to the university.

“At the end of the year, students who played sports dropped or failed a total average of six credits compared to 7.7 credits among non-playing students,” said Michigan States lead author and graduate of the school’s kinesiology PhD program.

Most previous studies regurgitated survey results, but MSU has delivered some of the most robust evidence that sports activity offer an imperative factor in a student’s advancements. The student studies at MSU were paired based on GPA, gender, race, and socioeconomic prominence. Lastly, they were correlated to whether they partook in domestic sports.

“The only thing that was different between these students was whether they played or not,” commented the professor of kinesiology at MSU. “Everything else was matched.”.

As of 2022, over ten thousand MSU students partake in domestic sports; this exceeds the American national average of 7,000.

It should be highlighted that you don’t need to be exceptionally talented at basketball, or sports in general, to participate in college sporting activities. But the route of participation is often encouraged at MSU and numerous other states across the country.

Studies outside of MSU have consistently demonstrated that physical activity points towards a healthier lifestyle, including a more outstanding performance on cerebral or intellectual ability tests. Certain studies imply the results can be reasonable; a mere ten-minute walk can generate prompt results. Overall, most studies relating to fitness and grades will give irrefutable evidence that more exercise will ultimately lead to a growth in mental capabilities.

It’s now unquestionable that physical activity provides numerous health benefits. Whether it’s dedicating your time or practicing an individual sport, team sport, pick-up game, gym visits, or regular and light daily exercise – taking care of your body will allow the mind to replicate the positivity in these significant or minor achievements. When considering these factors, it’s a no-brainer that sports participation has a more positive effect on school grades than it doesn’t.