Right, being single means sleeping in a cold bed, having no one to cuddle with; it makes you feel lonely. Now, I’ll get straight to the point: settling for shitty love is lonelier than staying single.

Being lonely is not as bad as being surrounded with people and still feel alone. In fact, the strongest people are those who don’t let their loneliness convince them to settle for less than they deserve.

Loneliness eats people alive. Not the strongest ones, though. They’re not afraid of being lonely. Strong people know their worth and believe they’ll find what they deserve. To them, loneliness isn’t tragic and miserable; it’s temporary. Therefore, they flow with it.

2. They don’t settle for crappy relationships.

For God’s sake, don’t settle for a loser just because you’re afraid you’ll die alone! Strong people don’t do that. They don’t let their loneliness make them satisfied with dissatisfaction. Strong people focus on building their life rather than screwing it being with someone who doesn’t deserve their love. 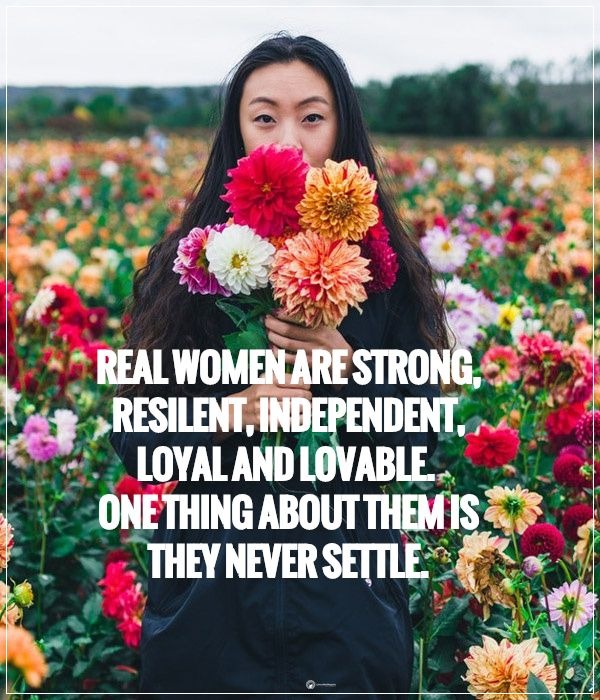 3. They learn to love their own company.

Spending some time with yourself, exploring your deepest thoughts and feelings, going out for a dines, celebrating life with a glass of wine! Priceless! Strong people learn to love themselves and enjoy their own company. They don’t need anyone to make them happy; they’re creators of their own happiness.

The simple law of attraction: you attract what you think and feel. If you send out negative vibes, you’ll attract negative energy; when you think positively, you’ll attract only good things. Strong people don’t focus on the negativity of being single. They’re grateful for what they have and attract happy people who want to be around them.

The more you chase someone – the more they run away from you! If they run away, they don’t want you. That’s fine; it’s not the end of the world! Strong people know they can’t force anyone to love them. They have faith that the ones who’re meant to stay in their life will stay. So, there is no need for chasing anyone.

6. They know what they want.

Strong people don’t waste their time feeling sorry for themselves, even though their past was difficult, and they survived many crappy relationships. In fact, they have gone through many difficulties and learned to fight alone for what they want to achieve. They know what they want and would rather wait for the right person than waste their time settling for mediocre love.

There’s no reason for strong people to spend their time with a person they’re just so-so about! Why should they waste someone else’s time? Time is precious, and they are considerate and fair to others; they don’t want to steal anyone’s chance of being happy with someone else.

8. They don’t care about what others think about their relationship status.

“Everyone’s getting married! When’re you going to get a partner?” So, what. No big deal. Strong people are focused on their lives and don’t give a damn about people who judge them being single. They’ll get into a relationship when they find what they’re looking for.