Many will tell you that intelligence is sexy, and men will agree. If you asked a man, he would tell you that he prefers intelligent women. However, introduce him to one, and he might change his mind, a new study concludes.

The study called (Psychological) Distance Makes The Heart Grow Fonder has found that men like intelligent women more in theory than in practice.

As the study explains, our preferences can change depending on the psychological distance.

When we evaluate a person who is psychologically distant, we tend to focus more on the desirability of the partner’s traits and prefer those who possess better qualities than ourselves.

However, the whole perception changes when we come near that person, where our evaluation of the person depends on how that person affects our self-evaluations, thus determining whether we’ll be attracted to them or not.

In the case of men, the study found that men do prefer intelligent women when they are psychologically distant, but the perception changes when men meet women who are more intelligent than them.

The study consisted of six separate studies with different scenarios and involved 650 men.

As the study’s author, Dr. Lora Park, explains, when men interacted with women who were physically distant (as in another room, or online), they showed greater interest toward women who outperformed them in terms of intelligence.

However, when the men were introduced to women face-to-face, their interest for intelligent women fell to the test when women started outperforming them in terms of intelligence, with the men losing interest in them.

Dr. Park suggests that the reason why men lose interest when meeting intelligently superior women could be because they can experience “a momentary shift in their self-evaluation.” In other words, they can feel emasculated and this can make them feel less attracted to women smarter than them.

What we think we like can change drastically when we come in contact with people who possess those traits and the way they make us feel about ourselves. However, this happens only when the ‘domain,’ in this case intelligence, matters to our self-image.

“If you don’t care about the domain, you might not be threatened,” explains Dr. Park.

In other words, men who like to be perceived as intelligent will feel threatened by women who outperform them in intelligence, and while they might abstractly prefer intelligence in partners, in practice they will rather stick to those women who are less intelligent than them.

Would you give them that pleasure? 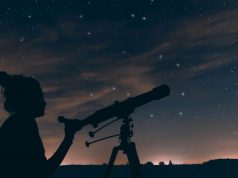 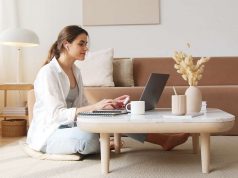