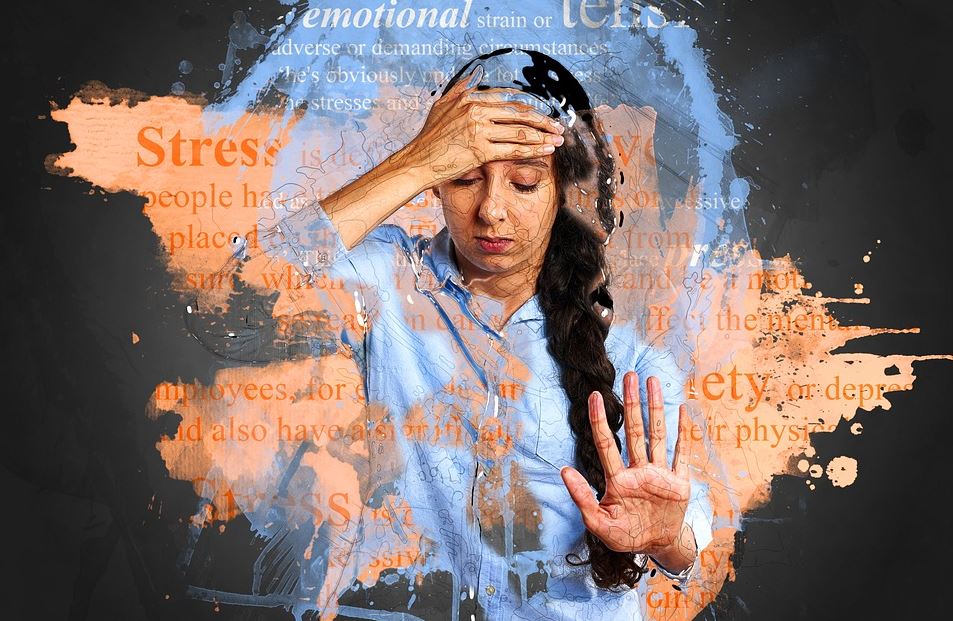 Life in our modern day society seems to have brought a new form of “stress.” Stress that is chronic and insidious. Evolutionary psychologists believe that “modern” stress occurs due to an existing mismatch between the current environment and the environment of evolutionary adaptation. Gallup’s 2019 Global Emotions Report shows that Americans were more likely to be stressed and worried than the rest of the world.

The majority of Americans (55%) in 2018 said they had experienced a high level of stress during the day. This percentage was one of the highest rates out of the 143 countries studied. This high number beat the global average (35%) by a full 20 percentage points. According to the report, Americans between the ages of 15 and 49 are among the most stressed in the U.S. Roughly two in three of those younger than 50 said they experienced stress a lot.

According to the American Psychological Association, people experience stress when they perceive that demands placed on them — such as work, school or relationships — exceed their ability to cope.  Though always viewed in a negative context, some stress can be useful at times. Acute or short-term stress can have protective and beneficial effects because the fight-or-flight stress response is nature’s fundamental survival mechanism. When under threat, the nervous system responds by releasing stress hormones, including adrenaline and cortisol, which set the body for emergency action.

This means that stress is key to survival. However, too much stress can be detrimental. Chronic or long-term stress affects the immune, cardiovascular and neuroendocrine and central nervous systems. To control stress, you must first recognize its signs. Chronic stress symptoms include, but are not limited to, irritability, anxiety, depression, muscle pain, high blood pressure, headaches, insomnia.

Since stress is unavoidable in modern life, and everyone is different, so are the ways they choose to manage their stress. Here are the top three alternative techniques that according to many people have shown to help reduce stress in the short- and long-term.

Yoga is a system of physical, mental, and spiritual practices, deeply rooted in Indian philosophy. According to the Harvard Mental Health Letter, recent studies suggest that yoga can reduce the impact of stress and help with anxiety.  Stress can cause us to breathe in a rapid and shallow way. This, in turn, leads to more anxiety. Practicing yoga teaches you breathing techniques that help you calm at the times you may be feeling stressed or help you increase your energy level when you are feeling down. Yoga teaches that the breath is the link between your mind and your body.  Controlled breathing can help you feel better mentally and physically. Yoga also enables you to relax the mind.

When we are stressed, our mind becomes busy. Learning to focus the mind through meditation is an incredibly powerful tool for relaxing and slowing down. Since it is also a physical exercise that involves different body poses, yoga helps you relax your body. Specific body postures have a deeply calming effect on the whole system. Due to this, regular practicing creates an improved sense of overall well-being. Yoga encourages us to exist in the present moment and to live in a more mindful, conscious and connected way. Perhaps this is the reason why yoga is described as “the union of mind, body, and spirit.”

What is hypnotherapy? Hypnotherapy is an alternative and complementary medicine during which the therapist guides the client into a state of hypnosis, or intense, focused concentration. Once the client is under hypnosis, the therapist works with the client to uncover and resolve psychological issues, such as breaking bad habits or coping with stress. Since the overall goal is to create a relaxed but conscious state where individuals feel comfortable enough to discuss their circumstances without becoming overly anxious or emotional, hypnosis is ideal for stress management. Namely, gaining control over negative thinking patterns and reframing them can empower us to overcome stress.

This way through addressing the subconscious, people are focusing on the root cause of their stress. According to The Mayo Clinic, people who think positively experience much lower levels of stress and anxiety. By reframing your thinking to be more positive through hypnotherapy, can lead to reduced rates of depression and better cardiovascular health. Moreover, positive thinking will empower you to cope with and manage stressful situations more effectively.

The growing popularity of CBD products as anti-anxiety supplements is backed with plenty of research, though there is still a long way to go. A small study conducted in 2010 found that cannabidiol could reduce symptoms of social anxiety in people with a social anxiety disorder (SAD). Brain scans of participants revealed changes in blood flow to the regions of the brain linked to feelings of anxiety. Cannabidiol not only made participants feel better but also changed the way their brains responded to stress. Moreover, according to Medical News Today, in 2016 researchers found that cannabidiol can reduce anxiety in children and help them sleep better. The case study conducted in 2016, explored whether cannabidiol could reduce symptoms of post-traumatic stress disorder (PTSD) and anxiety-provoked sleep disorder in a child with a history of trauma.

CBD helps reduce stress and boost mood by calming your overactive mind. CBD oil for depression modulates the actions of the endocannabinoids and potentiates the effects of serotonin. But how does it work? The endocannabinoids produced in our bodies play an essential role in the regulation of several physiological conditions and numerous diseases. They help to regulate several body functions such as mood, pain sensation, sleep, and appetite. Endocannabinoids work by binding to specific receptors through which they increase the effect of the serotonin which is famous for improving mood and reducing stress levels. Serotonin also acts by binding to its receptors in brain cells, followed by a series of events within each brain cell stimulating processes that improve overall mood and stress control.