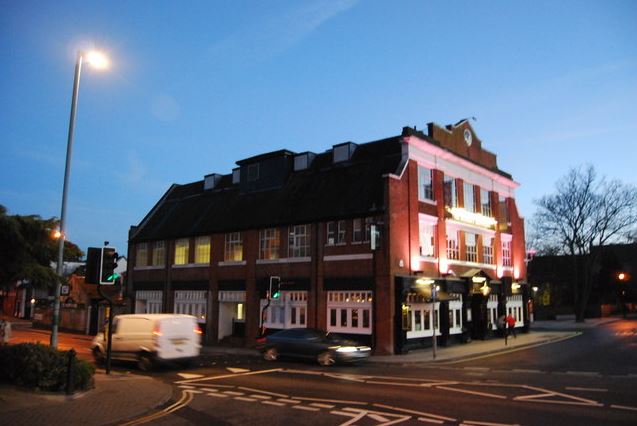 Everyone is born differently. Different genetic material, different physical features, and different experiences. But one factor that remains constant throughout the world is “struggle.” The word struggle itself means to cope with a situation that seems impossible to tackle, and that situation is usually grave in nature.

The traumatizing effects are not easy to deal with, and the only people who can actually understand are the victims themselves. They develop various ways of coping with their situation, which are different from normal coping methods and sometimes, the solutions themselves become the problem. The victims have to survive with these consequences throughout their lives, and getting of these traumatic situations can take up years.

Child physical and sexual abuse is not limited to a specific city or country. Children all over the world are victims of this sinful act. As a matter of fact, over 1 billion of the children throughout the world have undergone some kind of sexual or physical abuse. The majority of the children do not even come forward to tell people about the circumstances they had to go through, and in reality, the number of victims go far beyond the one billion mark.

Victims adopt different methods, which include taking up alcoholism, numbing the pain through sedatives, or taking painkillers in large amounts. People also avoid getting into relationships or getting naturally close to someone. Victims of sexual abuse are also at risk of committing suicide. While some people push themselves towards self-harm, some people take the pain and try to create better situations for other people through their experiences. One of those people who have shared their stories for spreading awareness in the world is Robert Lloyd Sherriff. He is using his story to help prevent other innocent lives from falling prey to sexual and physical abuse.

ROBERT LLOYD SHERRIFF- HOW IT STARTED

Robert Lloyd was born on the 8th of July, 1954, in Victoria, Australia. Unlike the majority of the children with a fairly good childhood, Robert’s childhood was quite tough, and his suffering did not stop, even today in 2020, being 65 years of age.

Robert’s father, Robert Lloyd Sherriff 1st, had bloodlines from Scotland and was an employee of Royal Air Force Inc. His father was not really educated and that made things worse. His mother was a half-cast and a prostitute. Robert and his brother were regular victims of beatings by their father, and the beatings were intense during the year of 1961. He then became a ward of the government and taken to the Glandore Boys’ Home in Adelaide.

Robert’s birth was a bad start within itself. He was born prematurely with his twin brother and weighed only two pounds. Being an alcoholic, his father was almost always drunk and used to beat him fiercely, which covered Robert with the most horrific injuries. At the age of 7, his father beat him so much that his ribs got broken.

In an interview, Robert Sherriff said, “My father broke my arm and four of my ribs.”

Robert was part of the Stolen Generation, and in 1961, he was taken away from his abusive father. He was then shifted to the former Glandore Boys’ Home.

From there on, Robert Sherrif became a victim of sexual and physical abuse. The employees of the State Government of Australia at the institution used to harass and abuse Robert the entire time he was there. He used to be locked in a child prison where he was raped. He was molested over and over in that dark cell. He said that the emotional and physical abuse was extremely unrelenting, and all he could feel was fear.

He said, “It was non-stop, 24/7. I was placed in Glandore Boys’ Home (and) the sexual abuse started more or less straight away.” He added, “They couldn’t understand why I was so dysfunctional, what was going on (so) they started giving me shock treatment… but they never realized what was going on, the people behind the operation working for the government, employees of the government sexually abused children at night-time behind closed doors.”

Being 64 years old now, he had to live with the abuse for a period of 57 years. Robert eventually fell prey to depression, but with high-quality medical care, he finally began the journey of healing and repair.

In 2018, Robert was a part of the survivors who received an apology from Prime Minister Scott in the federal parliament. The apology was subjected to the victims of abuse in government, non-government, and religious institutions. The South Australian Government also delivered their apology at the same time with Premier Steven Marshall saying;

“You were failed, and many people who were abused will carry the psychological, physical, and emotional scars for the rest of their lives. While we can’t undo the past, we can shape the future to ensure that these failures are never repeated. We must and we will do better.”

But that was not the end of his sufferings. 2018, Robert was diagnosed with terminal mouth cancer with not much time to live.

In spite of all the hardships, Robert kept going forward. After getting out of the institute, Robert started building a life for himself. He got married to Carol in 1981 and has six children, ten grandchildren, and two great-grandchildren.

In 2018, his book “Nobody’s Home” was published, which is an effort to spread awareness about a topic that is considered a taboo in the society. Even though Robert Lloyd Sherriff experienced hell, today he is an author of three other books; Dirkbell, The Inner Sanctuary of My Mind, and My God, How Great Thou Art. He even took up acting and got cast in Time of Zoe in 2016 and Zoe – A Zombie Short in 2017. He is also a poet and a living inspiration for all those suffering from similar situations.