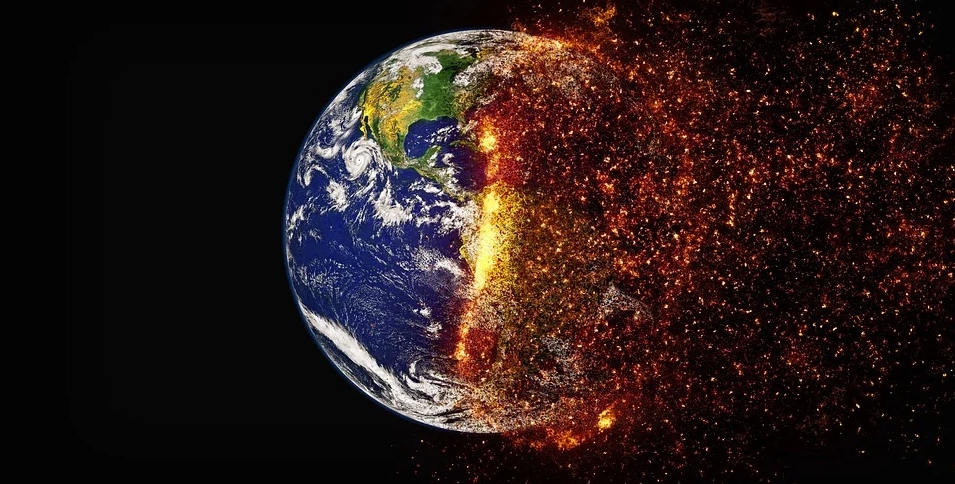 Earth is both a source and sink of greenhouse gases and plays a key role in the exchange of energy, water, and aerosols between the surface of the earth and the atmosphere. Terrestrial ecosystems and biodiversity are, to varying degrees, vulnerable to ongoing climate change and extreme weather and climate conditions. Sustainable land management can help reduce the negative impact of multiple stressors, including climate change, on ecosystems and societies.

Everybody understands what is climate change. Emissions of soot, methane and nitric oxide are powerful factors in global warming, and together with other pollutants, such as carbon and ozone, they cause more than 7 million deaths per year. For awareness: every eighth person in the world dies from polluted air every year.

This problem exists not only in cities with poor air quality, such as New Delhi, Beijing, and São Paulo. According to the World Health Organization, 91% of urban residents around the world are breathing hazardous emissions.

A third of deaths from stroke, lung cancer, and heart disease are associated with air pollution because smog in the air causes an effect similar to smoking tobacco.

Air pollution has disastrous consequences for children. Worldwide, up to 14% of children aged 5 to 18 years old suffer from asthma precisely because of it. From respiratory diseases caused by it, 543 thousand children under the age of 5 years die every year.

Contaminated air is also associated with childhood cancer and affects the development of the fetal brain. In addition, it causes cognitive impairment in both children and adults. Health problems definitely affect our learning opportunities and abilities.

According to a new study published in the scientific journal Nature, heat waves contribute to the premature birth of children, which can lead to breathing problems throughout life.

Why is climate change important? It is forcing many people to leave their homes. The Intergovernmental Working Group on Climate Change has predicted that by 2050 there will be 150 million climate refugees in the world.

Most of them will be forced to migrate within the borders of their home country. At the same time, the poor will suffer mainly. It is known that emigration from agriculture-dependent regions is directly related to climate warming. Because of this, there will be fewer places for students in schools and some people will be forced to sacrifice their education for one reason or another.

If the average temperature of the globe rises another 2°C, then this will have a noticeable effect primarily on people living in the tropical climate zone. According to rough estimates, they will need to go up to 1000 km to improve their living conditions. A disproportionately fast exodus from tropical regions will, in turn, lead to a spasmodic increase in population density (up to 300%) in areas near the border of the tropics and in the subtropics.

Climate warming will lead, among other things, to extreme droughts. The 2018 IPCC report states that droughts have a direct relationship with the outbreak and worsening of conflicts precisely in the poorest and most dependent on agriculture regions, such as the Middle East. To learn more about these climate changes you should navigate to one of the climate change essay examples https://eduzaurus.com/free-essay-samples/climate-change/. Due to the uncontrolled increase in temperature, it is assumed that people from tropical regions will migrate in such numbers that in some parts of the world state borders will become unimportant. However, other causes of conflict due to climate change discussion may also appear.

We are used to eating bananas brought in from Africa, cereals from China and apples from Poland in the mornings. In a world in which fossil fuels are exhausted, more local food will certainly appear on our table, the choice will already become and will depend more on the local weather. But due to climate change, our agriculture will suffer, which means that our diet will suffer.

The average cost of fossil fuels will inevitably increase. On the one hand, it is affected by growing environmental taxes, and on the other hand, the extraction of fossil fuels, which is becoming more and more time-consuming, since readily available and high-quality reserves are already exhausted.

The costs of temperature control in homes can remain at the same level as now, but they will change seasonally – in the future, heating costs in winter will be less, but in summer there will be more cooling bills. Due to overpopulation, educational institutions will all be paid and more expensive, which will take away the possibility of studying for many people.

The wider distribution of renewable energy will lead to a decrease in the cost of electricity since we are talking about the so-called “fuel-free” solutions after production and installation, which do not need to add fuel for continuous operation.

Due to the increasing frequency of extreme weather events, people’s property will be at greater risk than before, the damage will increase, and, based on this, insurance payments will go up.

The main climate-related factors affecting the road network are precipitation, water flow, icing, heat, sea-level rise, and wind. Most of all, it is necessary to reckon with the damage caused by rains: the increasing volume of rainfall and water flows leads to floods, washing off roads, damage to bridges, and also increases the risk of landslides, destruction of the road surface and erosion. Damage to water can cause problems for cars over the years.

For hundreds of years, even over millennia, plants and animals have adapted to relatively stable climatic conditions. If the average temperature rises even by half a degree Celsius in 100 years, which from the perspective of evolution is just an instant, many species may not be able to adapt in time. Unfortunately, climate change will affect our ability to learn, not only because of possible diseases but also because of a lack of places in schools.