Be thankful that all the chaos from 2017 has finally ended. And now it is time grasp all the benefits that 2018 will bring to you. This year’s planetary transitions will not only bring good luck, but also a clear mind and the passion needed to pursue all your dreams and make them happen.

Read on to find which month will be the luckiest for you according to your Zodiac sign.

Aries has many things to be excited and happy about in 2018. On January, Mars will move into their constellation, bringing them high energy and motivation. February and April will be Aries’s lucky months for love and romance as Venus (the planet of beauty and love) makes an appearance in their sign.

March will be the month for Aries to spread their ideas with the world due to the landing of the ruler of communication Mercury in their constellation. And December would make them happen since Jupiter (the planet of good luck) will converge with Neptune (the planet of dreams and inspiration) making all their dreams come true.

2018 will be rather slow for Taurus until March, when Mercury and Mars will visit their sign, providing them with an overflow of energy and excitement. They would not only be inspired to make changes, but they will be confident enough to stand up for themselves and get all they want.

When the sun will be in their constellation in April, Taurus’s heart will be open, and they will start sharing their true nature with others. Taurus’s newfound openness will bring them luck in their love life in June, as Venus, the planet of love will pay them a visit.

The Mars will move into Gemini in April, bringing Geminis a tremendous drive and energy to complete any unfinished projects that they have been working on. This energy will open up the doors for success and happiness to them, starting in May, when the sun will be in their sign thus helping them to overcome their indecisiveness and be their true selves.

In June, Mercury will help Geminis to plan a trip and go to their dream place, which may further lead to a very passionate and romantic encounter as Venus comes into play.

With the convergence of Mercury (the planet of communication) and Jupiter (the planet of good luck) happening in February and June, Cancers will finally be able to let go of their guards and express their true feelings.

During this time, the Cancer will realize that being themselves and expressing their heart’s desires without holding back is all that they needed to be truly happy. This new eruption of confidence and optimism will also help them rekindle their sensuality and prepare them for the happenings in their love life in July.

July and August are the months that will be the firecrackers for the patient but intense Leo. In July, Mars, Mercury and the sun will visit Leo’s constellation bringing them many chances for travel, personal growth, and an increased motivation to achieve their goals.

In August, as Venus will pay them a visit, Leo’s eyes will light up with a new romantic fire. And what’s even more, when they get overwhelmed with passion, the lucky Jupiter will also converge with Venus thus making their prospects of everlasting love more possible than ever.

Virgo’s luckiest month in 2018 will be September. During this month they will tie up all the loose ends and finish all their projects that were causing them stress in the last year. This movement of Venus, Mars, and Mercury into their constellation will provide them with answers to all their questions and hidden doubts.

Moreover, September will also be a month when Virgos will get a confirmation of love and a fresh start in their relationships thus paving Virgo’s path to success and happiness.

The luckiest month for Libra will be February. This is the month for Libra to go out of their comfort zone and take risks. Jupiter will be helping them in the process and bringing good luck to them.

Jupiter will revisit them again in June. This means that Libras will be given a second chance to take their chances and reap what they saw back in February. In October, a strong romantic connection is coming to their way which will further fuel Libra’s ambitions to work hard and achieve their dreams that will bring them success in 2019.

When the ruling planet of Scorpio and the bringer of motivation and energy, Mars converges will the planet of luck Jupiter in May, Scorpio may expect success in every aspect of their life.

In October, Mercury and Jupiter visit the Scorpio’s constellation thus making this shy sign more effective communicator. In November, Venus pays them a visit, which means that this somewhat moody sign will start feeling more affectionate to others than usual.

Sagittarius is in for a great adventure in 2018! In January, they will receive news that will place them on a path to new discoveries. This new information will set them on an interesting journey where they will find a new passion in their life.

November rejuvenates their fire and excitement when Mercury moves into their sign, bringing them clarity to the news they learned back in January. In December, their fiery and wild nature will be sweeter and more loving when the planet of love, Venus, shoots them with arrows of love.

January is the month when Capricorn will finally reveal their true thoughts and emotions. This vulnerability and openness will enable them to connect with other on a deeper level and to grow and broaden their horizons.

In March, Mars, their ruling planet, will converge with the lucky Jupiter thus bringing heightened focus and new energy for achieving great success to all Capricorns. Their luck will heighten with the visit from Saturn in December making Capricorns more disciplined and more determined than ever to succeed in all their endeavors.

When both the Mercury and the sun converge with Jupiter in February, Aquarius will realize the strength that their words hold when they find that all their weirdest ideas are met with understanding and agreement. These happenings will make Aquarians feel more confident and more convinced to stand up and go for what they believe in.

In July, they will be rewarded for their bravery as their ruling planet Uranus converges with Jupiter. Lucky Jupiter will bring them success in work and an ability to face and overcome all their personal challenges.

Pisces will start January with trying to revive an old love. Their sensitive nature will set their heart on fire and make them think that they can do everything in the name of love. In February, when Mercury and the sun are in their sign, they will start expressing themselves in a new way and they will be encouraged to share their talents with the world.

When their ruling planet Neptune converges with the planet of luck Jupiter in December, Pisces need to grasp this chance and begin a journey towards achieving their goals and dreams.

What will be your luckiest month this year? Share with us in the comments. 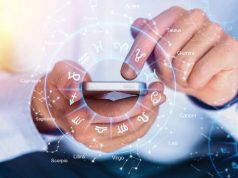 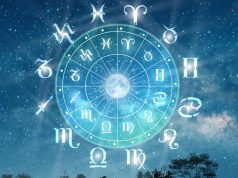 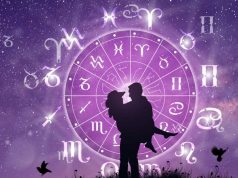 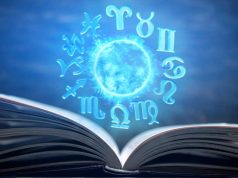 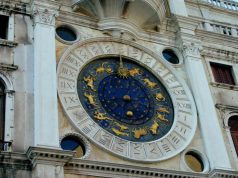 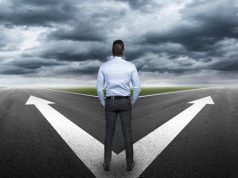 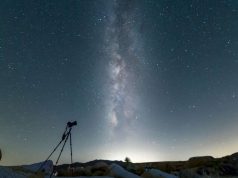