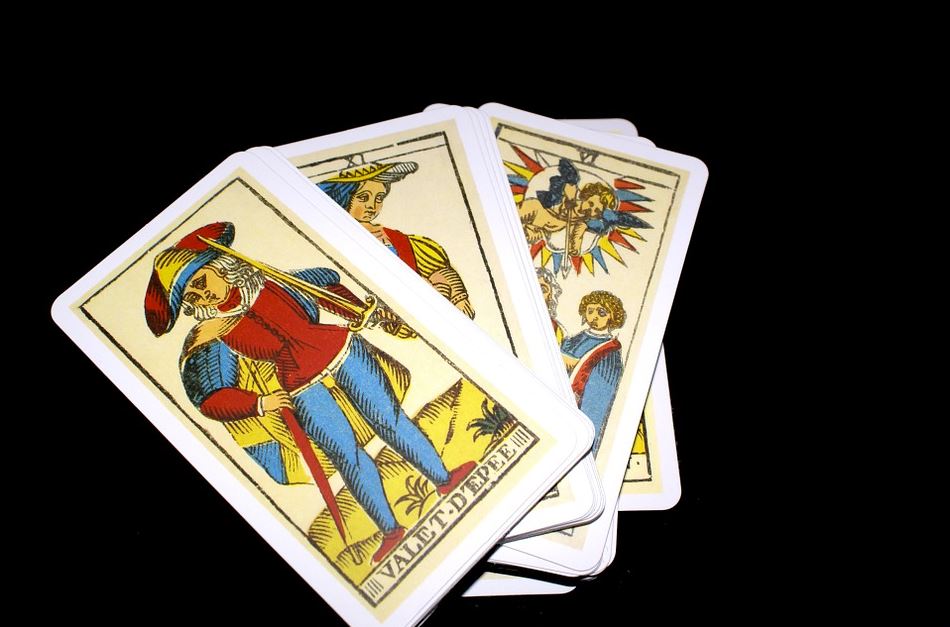 How to Buy Tarot Cards?

Are you looking to buy tarot cards for yourself? Then read this guide to learn how to pick the perfect tarot cards and where to buy them.

Tarot cards are an ancient tool used for divination and communicating beyond the physical realm. These mysterious cards have often been seen as off-limits to the general public, as we historically witnessed them used most by those who claim the title of psychic or something similar.

However, nowadays people have realized that they are open to anyone who is willing to accept the call. They even have more practical uses than most people could have ever thought based on their assumptions about the cards.

So, naturally, more individuals are looking to buy tarot cards but aren’t exactly sure where to start. Keep reading to check out this guide on the entire scoop of how to grab a deck of your very own.

Where to Buy Tarot Cards

Since spiritual tools have become more popular in the past couple of years, more stores are openly selling things such as healing crystals and bundles of sage. This means that there are way more places to buy tarot cards. This also means that you should be keeping an extra close eye out for people who may just want to make a profit off of mass demand.

With that being said, it’s important to do your research on sellers before making the purchase. Some of the best ways to do this are to read through testimonials and check out their store ratings. Doing a quick Google search could save you a lot of money and frustration.

As far as where to buy, the accessibility of tarot decks for sale is right in the palm of your hand. Major websites like Amazon and eBay are some of the main places to look if you want to be able to do easy background checks on sellers. You can also check out Etsy as well.

There are plenty of small business stores online that offer magical tools at affordable prices. Another route to take is simply walking into a local shop that has a mystical vibe and buying a deck from there. This way you will be able to talk to someone in-person about the inventory before purchasing.

You could also support independent artists who design and create tarot decks themselves. A quick social media search should help you locate some.

If you don’t already have a deck in mind then going to buy tarot cards can seem a bit overwhelming. There are lots of different options that vary in artistic style, language, creator’s interpretations, and even size. But the thing to remember is that there is no right or wrong deck.

It all depends on your preference and something that people refer to as which deck “calls to you”. This simply means that if you see a deck and it immediately piques your interest and makes you feel a sort of connection with something about it then that’s probably the one to buy.

One of the most common decks to start out with is the Rider-Waite deck. It’s a pretty standard deck and is very helpful to anyone at any level. Also keep in mind that you don’t just have to stop at one deck so no need to feel like you’re locked in after you’ve bought one deck. Many people collect, trade and resell their tarot decks.

If you’re confused about whether you’re actually buying tarot cards or not, then take notice of the number of cards included. Decks come with 78 cards in them (split between 22 major arcana cards and 56 minor arcana cards). Typically the deck will say tarot specifically- otherwise it may be an oracle deck (which should also be specified).

Now that you’ve figured out where to buy tarot cards and chosen the right deck for you, surely you’re anxious to get them home and crack them open. The first thing you should do is to check to make sure that all of your cards are there and a booklet with card descriptions and explanations should be included as well.

After this, most people like to cleanse their cards. This is believed to clear away any negative or unwanted energy and ‘program’ the cards to your vibration. This can be done in plenty of ways, such as running the cards through sage or incense smoke or holding them in your palms while envisioning light.

It’s important to try to build relationships with your cards to prepare yourself for learning and daily practice. Get to know the cards by meditating with them and using them often in the beginning. You can even store them with any crystals you may have.

All of these things will help when you begin to divine with them regularly or if you choose to get into tarot reading for others in the future.

Besides knowing just where to buy tarot cards, some people bring up the question of whether or not they are allowed to purchase their first deck. There is a myth or tradition (depending on your perspective) that many people still live by which says that someone shouldn’t buy their first deck for themselves.

This belief is said to have originated in Europe but some people do think it is a bit outdated. Honestly, it’s up to you if you’d like to buy your first set of tarot cards. There are individuals who may not be open in their practices so they won’t have anyone to actually gift them a deck.

Overall it’s fine to get your first deck on your own if you need to. However, if it’s important to follow this tradition than you could always give someone the money to go into the store and make the purchase for you (this should count).

Ready to Buy Your First Deck of Tarot Cards?

Many people who are interested in reading tarot nowadays may not have been raised with these beliefs or traditions. If you’ve decided to go buy tarot cards and start a practice then that’s great!

Tarot is an amazing tool for understanding yourself, others and life in general better. For more articles on mystical studies and practices, check out our spiritual blog section today.