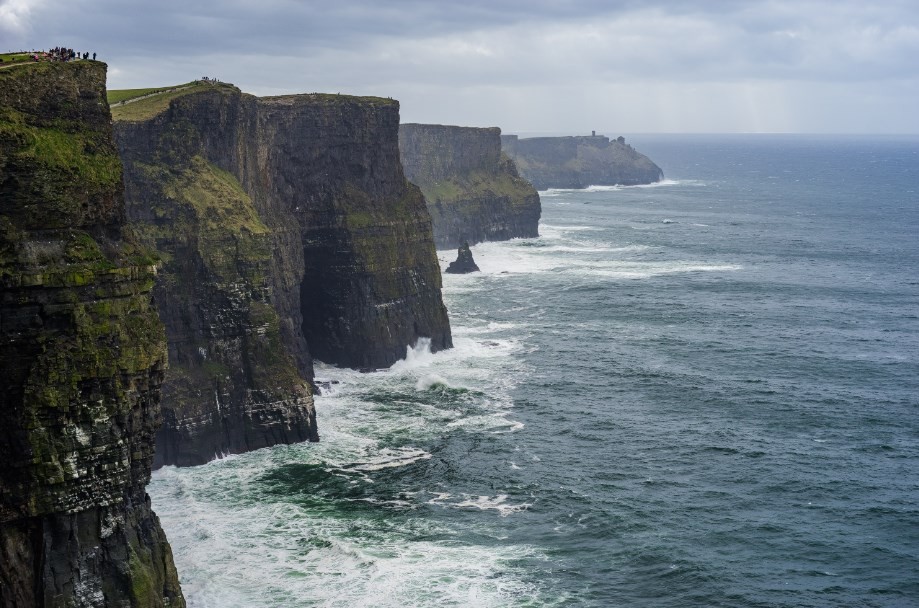 We admire a good drive, and the coastal road Causeway in Northern Ireland certainly fits the definition of a good trip. With a trajectory of nearly two hundred miles along the coast.

Start with picking a good car from a car hire agency. It’s fine to drive in Ireland with your US license –nothing else needed! Before you start your car, make sure if the vehicle is fully insured? Because many of the car hire agencies don’t provide third comprehensive insurance which is very important in case of an accident.

It is advisable to have cover for your vehicle with a reputable Insurance providers in Ireland like AA Car Insurance. So that you won’t face any difficulty in getting the insurance claim and enjoy your road trip stress-free.  Let’s hit the road now! (1)

Your adventure begins (or ends) in the bustling city of Belfast. It is ideal for a short break, with excellent restaurants, nightlife, shopping and cultural attractions in the many neighbourhoods. Discover the legend of the RMS Titanic in his hometown, historic Titanic Belfast and its attractions. The Ulster Museum, Belfast Castle, Crumlin Road Prison and many historic and tourist attractions are also worth a visit.

Discover one of Ireland’s most impressive monuments and one of Ireland’s best-preserved medieval buildings as you begin the route from Belfast. It was founded in 1177 by the Anglo-Norman conqueror John DeCourcy and played until 1928 an important military role.

Delight all the senses on this exciting cliff path, which was first enjoyed at the beginning of the 20th century. Located on the picturesque island of Islandmagee, this attraction was reborn and reinvented for the 21st century, providing unprecedented access to the rugged Antrim coastline.

The park is an excellent day for the whole family. The park is full of exciting and unusual attractions in a spectacular setting overlooking the Antrim coastline. Highlights include an outdoor adventure park, a family recreation area, a 9-hole golf course, a walled garden, hiking trails, geocaching and a Labyrinth of Hedges Northern Ireland, a caravan and a camping center with a cafeteria.

With its undeniable profile that rises above the surrounding plain, this extinct volcano has always fascinated visitors. Slemish is famous for St. Patrick’s breeding of sheep for six years after he was captured and brought to Ireland.

Visit the ancestral home of McDonnell, the Counts of Antrim, with its beautiful walled garden with natural elements created by man. Enjoy a delight in the charming tearoom in the 19th-century mushroom house.

7. The valleys of Antrim

Take time to dig into the famous Glens of Antrim. There are nine in total, each with their stage record, with lyrical names like Glencloy, Glentaisie, and Glenballyemon. Do not miss the Glenariff Forest Park, located in the “Queen of the Glens,” with hiking trails and beautiful waterfalls.

Do not miss the stop in the beautiful coastal town of Cushendun at the foot of Glendun, one of the nine Glens of Antrim. A designated conservation area was designed in the style of a Cornish village by renowned architect Clough Williams-Ellis.

Take a detour off the Causeway Coastal Path to this rocky promontory, which is our closest point to Scotland, just 21 km away. It’s a narrow, winding road, but worth the breathtaking views of Fair Head, Rathlin Island and the coasts of Antrim and Scotland.

Stop at the picturesque ruins of Bonamargy Friary, next to the bustling seaside town of Ballycastle. It was founded around 1500 by the Franciscans and contained the remains of the Kakique Sorley Boy McDonnell.

This iconic arch of intertwined beech has become one of the most photographed natural phenomena. It was planted by the Stuart family in the 18th century to impress visitors as they approached the entrance to their Georgian home.

Take a day trip or enjoy the beauty and tranquillity of Ireland’s only inhabited coastal island, which can be reached by ferry from Ballycastle. Follow one of the island’s scenic trails or rent a bike to explore the quiet streets. Get to know the island life in the Boathouse Visitor Center, see the seal colonies,

Take on the exciting rope bridge on the small island Carrick-a-Rede (site of particular scientific interest) and experience a truly spectacular experience. Located in a unique landscape on the north coast of Antrim, the 30-meter-deep and 20-meter vast abyss are crossed by a rope bridge traditionally built by salmon fishermen.

This small picturesque fishing port is not far from the town of Ballintoy. Follow the narrow, winding road through Ballintoy Parish Church, one of the most photographed churches in Ireland.