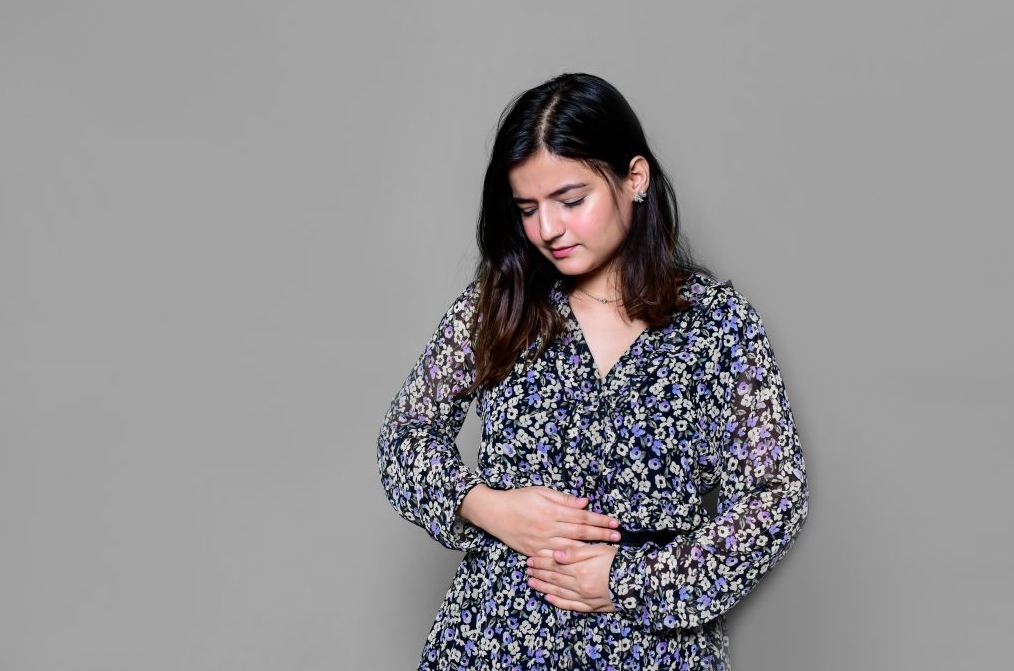 Every month, women find themselves swallowed up by an irritating cycle of emotional chaos and physical discomfort. For those unfamiliar with feminine hygiene products and PMS-induced mood swings, menstruation indicates a woman’s incredible capability to create life and acts as a testament to her mental fortitude. While the bleeding itself occurs for two to seven days, the side effects of a period get a running start and hit full swing several days before the first sign of menstrual blood.

In many cases, this dreaded monthly visit incites feelings of anger or anxiety, while other period-havers report feelings of sadness and distress. Despite the off-handed side comments and jokes of uterus-owners binge-eating and bursting into tears at random, premenstrual syndrome, or PMS, isn’t something to take lightly. Severe mood swings can end in debilitating panic attacks and crushing depression. Riding a rollercoaster of emotions every month would drive even the most tenacious person to madness. Luckily, women are resilient creatures who go about everyday life despite the internal war waging inside them.

Menstrual cycles affect half of the Earth’s population, but a disturbing lack of education on women’s health has led to social stigma and misunderstanding. The ignorance surrounding periods can have devastating consequences for people who experience menstruation and those who don’t. Almost 50% of women have experienced period-shaming in their lifetime. The culprits? Those closest to these anxiety-ridden menstruaters. Feelings of embarrassment and hostility cause many women to avoid speaking about their period, furthering a culture of silence surrounding menstruation.

While menstruation is a miraculous mark of femininity and fertility, many women will live their whole life with little understanding of their bodies’ natural functions. Even the most empowered women may receive inadequate education about periods. Fortunately, these five mind-blowing facts about bleeding will prove just how powerful the female form is.

Start with the basics

Due to incompetent menstrual education, not everyone understands what it means to bleed. So, what is a period? The average menstrual cycle lasts 28 days and consists of four primary phases. The first stage is menstruation, during which the body eliminates the thickened uterine lining. Bleeding typically occurs for three to four days, although irregular periods may lengthen or shorten it. The follicular phase begins the first day of menstruation and ends with ovulation. In this stage, hormones encourage the ovary to produce dozens of follicles filled with immature eggs. Typically only one follicle will mature into an egg.

Ovulation is the third stage in which the mature egg travels from the ovary to the uterus. The egg will die within 24 hours unless it fuses with fertilizing sperm nearby. In the final luteal phase, the ruptured follicle that once housed a mature egg transforms into a corpus luteum. This structure will continue to grow if a fertilized egg implants in the uterus lining. However, if pregnancy doesn’t occur, it will wither and die. The lack of progesterone levels then causes the uterus lining to fall away, thus triggering menstruation and renewing the cycle.

Your body is telling you something

Cramps, heavy bleeding, and back pain are not typical symptoms of a period. Although, the majority of women will experience at least one of these symptoms during their cycle. High estrogen levels can cause an increase in blood and a flare-up of back pain.

To combat shell-shocking cramps, have your doctor check hormone levels and consider ways to lower your estrogen levels. While high estrogen levels may be to blame for cramps that render you bed-ridden, they are usually an indication that you may have ingested too much sugar. In some cases, cramps may be a sign of a much bigger problem like cysts or fibroids.

You can regulate your cycle

Exposure to light impacts a menstruating woman’s melatonin production, a sleep hormone that helps control the release of reproductive hormones and dictates the beginning and end of menstruation. Studies have shown that women with irregular periods can shorten their cycle by sleeping with a nightlight. The trick is to keep the light on only during the last two weeks of your menstrual cycle.

Your voice can change during your period

Vocal studies have found an association between changes in reproductive hormones and the sound of your voice. Women may have a higher-pitched tone during ovulation and experience more hoarseness right before menstruation.

During menstruation, the nerve sensors in your body are more receptive to pain. Why? For starters, low estrogen levels during pre-menstruation and the bleeding phase lower your pain threshold. So if you notice the beginning of your period, you might want to consider rescheduling that bikini wax.

Periods are one of nature’s many miracles. Every time your body menstruates, it is undergoing a cycle of renewal and rebirth. Dismantle social stigma by reminding others of the power of periods.

With period talk relegated to whispers and hushed tones, it’s no wonder these mind-blowing menstrual facts can even shock those readers who’ve religiously stocked their purses with tampons and pads for most of their lifetime. For those rattled by the insights above, consider doing your part to protest period-shaming behavior.