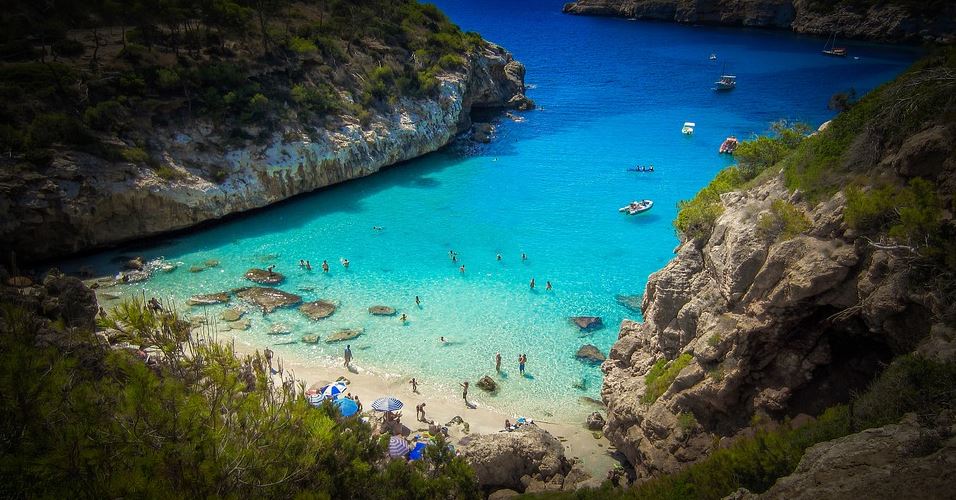 Little can be said of Majorca that has not been said a thousand times. It is one of the most beautiful islands. In fact, it is one of the most desirable destinations in the world. Not only for its well-known beaches, the pleasant weather (even in winter), but also for its rural interior, how well you eat or for its interesting history. It has been awarded as the best island in Spain, the second best in Europe and the sixth in the world, according to the ‘Travelers Choice’ awards from TripAdvisor. Majorca is ahead of islands such as the Thai Phuket, Bora Bora or the Brazilian Fernando de Noronha. It doesn’t matter if you travel for one day, three, or two weeks, the point is to make the best of the time given.

Where to stay in Mallorca and how to get there

As always, the first of all things is to arrive. And of course, it can only be by sea or by air. The most advisable, quick and practical way is to buy a plane ticket and land at Son Sant Joan International Airport. Logically there is a lot of low cost flight traffic between the peninsula and the Balearic Islands. And especially to Palma de Majorca, which is one of the airports in Spain with more air traffic. Another alternative, even more comfortable, is to buy a flight + hotel package and, in a single reservation, you will have everything done. For moving around the island, renting a car is recommendable – click on Enjoy for reasonable car hire in Majorca.

Stroll through the historic centre

Once in Palma, you have to go around the capital. It is essential. There is much to see. The city centre is a set of narrow streets that are lost between the walls of old buildings. Walking through its streets, visitors can breathe their history and culture instantly: the impressive Gothic Cathedral – it should be noted that Gaudí directed the reforms of the Cathedral at the beginning of the 20th century and that his style is seen in many interior details -, the Fish Market, the Amudaina and the Castell de Bellver. To know Palma well, it is essential to walk. It is worth reaching the Plaza Mayor through its streets, where mansions and several courtyards built between the 15th and 17th centuries are hidden, true emblematic witnesses of the city’s civil architecture.

The best coves on the island

It does not escape anyone that Majorca is an island and that its coast has more than 300 coves and beaches. It’s hard to say which ones are the best. It will depend on what you are looking for. There are white sand, stone, wild, nudist, for surfing, for sunsets … It is clear that in Majorca there are beaches for all tastes. But if I had to choose one, in the western part of the island, in the heart of the Tramontana mountain range, hidden between huge cliffs and a forest you will find Cala Deià. It has natural pools and the water is crystal clear.

What to eat in Mallorca

Gastronomy in the Balearic Islands, and especially Majorca, has a wide variety of possibilities. For starters they have the iconic ensaimada (from Catalan ensaïmada, from saïm, lard). No one leaves the island without an ensaimada under his arm. There are all kinds of fillings (cream, chocolate and even sobrasada, another of the delicious products of the island). The Majorcan frit, almond milk, bunyols, coca of vegetables or robiols are other Majorcan delicacies. And if we talk about dishes with tradition, we cannot forget the pa amboli or the tumbet, that delicious dish made with potatoes, eggplants and tomatoes. Oh, and as for wine, we must mention how much it has evolved in recent years (there are about 70 wineries). One of the most famous routes and tastings is that of Binissalem, between Santa María del Camí and Santa Eugenia.

To put the icing on your trip to Majorca, I recommend you approach the Mirador de saForadada beach bar, in Deià, at kilometer 65 of the Valldemossa road, and enjoy one of the most romantic sunsets that exist. Sa Foradada is a rock that enters the sea and has a small hole. Sometimes, when the sun goes down, the last rays seep producing a curious effect. Apart from that, it is a place where you can take some tapas, mojitos are served and music is played until late at night. It is the best final spot.