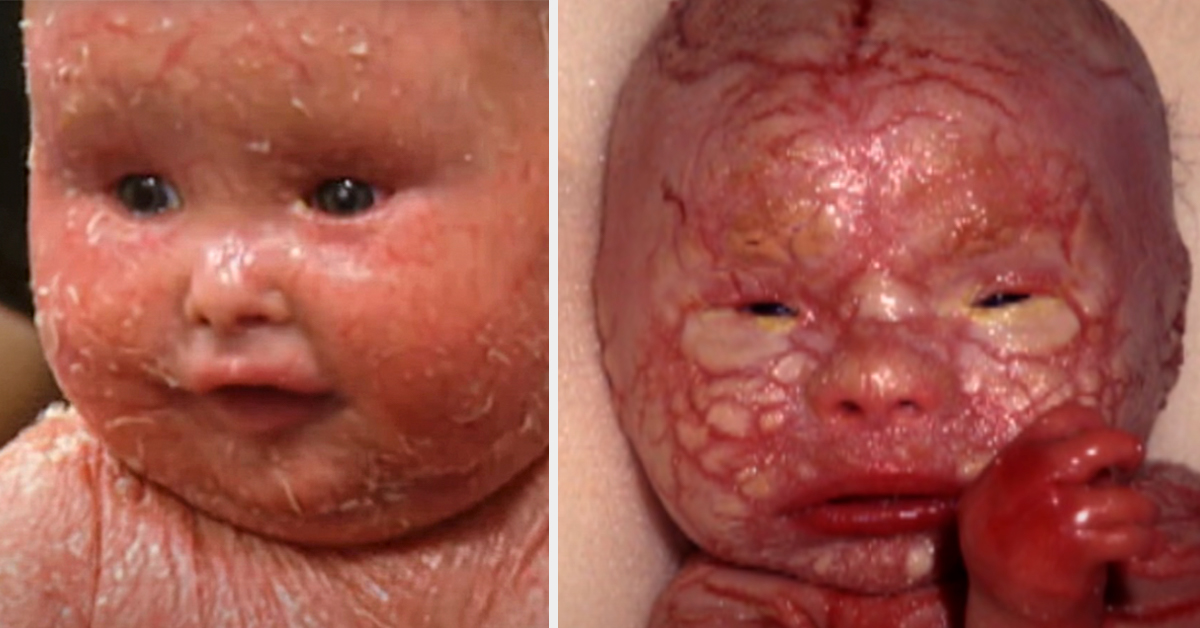 Lucy Betts is a 33-year-old woman from the UK. She was born with a rare skin condition called Harlequin Ichthyosis.

Harlequin is an incurable disease that appears in babies when both of the parents have the same defective gene. Only one in a million children are born with this disorder.

When Lucy’s parents were ready to have another child, they thought the chances of having a baby with the same disorder were next to impossible. Their second daughter, Hannah, was born with the same condition.

The main purpose of skin is to keep the liquid in the body –  says Dr. David Atherton, Pediatric Dermatology Consultant.

But the skin in patients suffering from the disorder is dry and flaky, so it has to be moisturized several times a day.

I always said I’d like to wake up one day and just see what I would be like if I didn’t have it… but it wouldn’t really be me. – said Lucy.

Lucy and Hannah are happy to have each other for support.

Every day they have to take a two-hour bath and soak their skin in cream, which facilitates the rigidness.

The sisters thought they were the only siblings with this disorder, but one day their doctors proposed introducing them to another set of sisters, Dana and Lara, who are also going through the same. The two families come from the same geographical area and doctors said they could be distantly related.

Doctors are doing massive gene research for further findings, but until a cure is found, doctors are fairly certain that protein fats can be added to the girls’ creams as a supplement to make their skin better.

Lucy, Hannah, Dana, and Lara all hope that they’ll soon experience a life without the condition. Even though gene research requires massive funding, the girls are optimistic. Optimism really shines a new light on the quality of their life because, despite their condition, these girls have not bailed on their dreams. They live life and they experience life to the fullest.

Here is a video of the story: