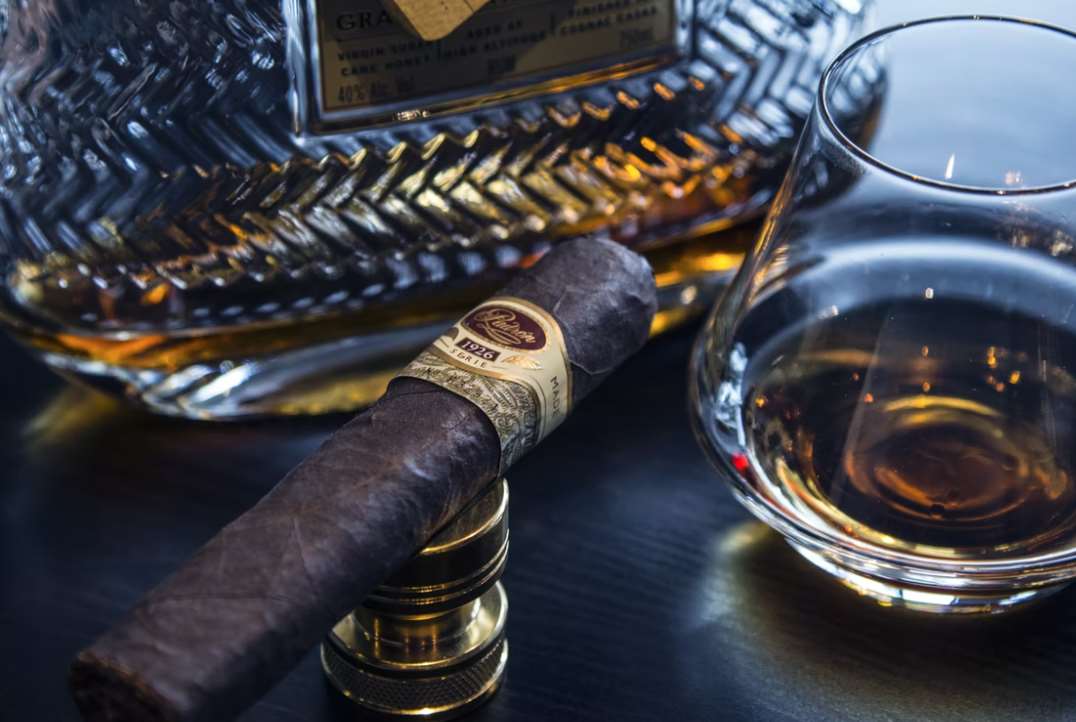 The word cigar originally comes from the Mayan Sikar, meaning “to smoke rolled tobacco leaves. ” Cigars are believed to have been invented by the ancient Mayans. In the 10th century, a Mayan ceramic pot from Guatemala portrayed people smoking tobacco leaves tied with a string.

They would wrap the tobacco in a plantain leaf or a palm and smoke it. Christopher Columbus was one of the first westerners to discover tobacco and ever since, cigar smoking has grown tremendously all over the world.

A cigar is a rolled bundle of fermented and dried tobacco leaves made to be smoked. Cigars are produced in a variety of shapes and sizes. Cigars are three distinct components: filler, binder, and wrapper. The binder leaf holds the filler together, while a wrapper leaf is often the highest quality leaf used.

Cigar tobacco is grown primarily in Central America and the islands of the Caribbean, including Cuba. It is also produced in Brazil and the Mediterranean countries of Spain and Italy. Eastern United States, Indonesia, and the Philippines of South Asia also produce cigars.

It’s infrequent to find a cigar factory in the U.S. That said, Central American countries have a reputation for producing some of the best cigars in the world. Below is a list of some of the finest brands made in Cuba, Nicaragua, and the Dominican Republic;

How The Industry Has Evolved

In the 1920s, a significant technological change in cigar-making came when the American Machine and Foundry Company perfected a machine to produce cigars. This change, therefore, led to a drop in the price of cigars. Hand-rolled cigars were continually valued due to the skilled labor used to roll them.

What Contributed To The Growth Of Cigars?

Cigar marketing has contributed to the growth, with a major chunk of that coming from cigar use by celebrities. More cigar companies have also been making more flavourful blends, attracting an even broader market. With that, cigar smoking has become attractive and a part of most social settings.

On their journey to Hispaniola in 1492, members of Columbus’ crew were exposed to smoking tobacco leaves. They visited Tainos in Cuba, where they saw the first primitive version of the cigar. The Cuban natives would wrap the dried, twisted tobacco leaves in plantain leaves or palm.

It wasn’t long until the practice caught on among the English sailors. These primitive cigars spread throughout Portugal, Spain, France, Italy, and Great Britain.  After Columbus’ voyage, smoking tobacco became common throughout Europe in less than 50 years.

Cigar consumption has become fashionable. It has occupied the attention of the average consumer to high-profile individuals. And with the never-ending growth and evolution, cigars will continue to be a major part of most social gatherings and events.