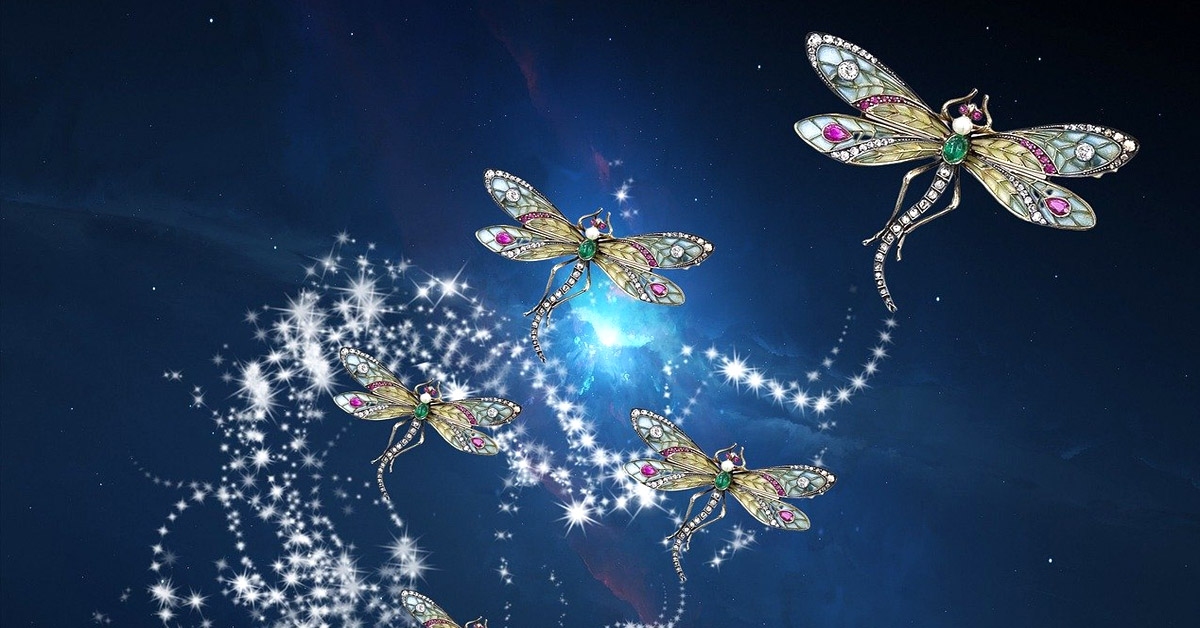 The dragonfly is a luminous insect which is very much connected to spirituality and carry very deep meaning for those who have it as their spirit animal.

What Does It Mean When A Dragonfly Lands On You?

When a dragonfly lands on you it may be a sign for you to take life more joyfully and lightly, and also it is an indicator of a great change and transformation that comes your way.

Dragonfly – a totem of change and wisdom

When you start to see this spirit animal often, it means that it is time for change and transformation. Just like the dragonfly changes its living area from water to air and its colors as it matures, you might be in need for a deep change yourself.

The dragonfly is also a symbol of evolvement and metamorphosis. This may be a sign that a drastic transformation and personal growth is on your path. You just need to embrace this change and start living to your true potential.

Dragonfly – A Totem Of Power And Adaptability

This insect is known for its swift movements and sudden changes of direction. Its amazing flight moves are one of the meanings that this spirit animal has.

Namely, if you have this spirit animal as your totem, or if you are recently seeing this insect, it means that you are a person who is prone to change and is very flexible in adapting to any situation.

This spirit animal also gives you power and assistance in difficult situations, providing you with insights to overcome any problem and to adapt quickly to the newly presented situation.

The dragonfly spirit animal has 2 main characteristics: emotional flexibility and lightness of being.

If a dragonfly is your spirit animal, you have a bubbly personality and a positive view of the world. You take everything lightly: from feelings and thoughts to a light approach to every problem that you may have.

However, this does not seem that you are lacking depth in your emotions. Contrary, you are very in touch with your feelings. The dragonfly flies around water (the water being a symbol of emotions and the unconscious), so if you see this insect it may be a call for you to experience your emotions in a new light.

Dragonfly – A Symbol Of The Search For Personal Authenticity

So, next time you see a dragonfly – be careful. Look into every situation and person objectively, because it may be an indicator that someone’s intentions are deceiving, or some situation is not what it looks like.

The Meaning Of the Dragonfly In Ancient Traditions

The Mayans perceived the dragonfly as a spirit animal of the goddess of creativity – Ix Chel. They believed that she was revived due to the parting of a dragonfly’s marvelous wings that were accompanied with a magical song. The dragonfly’s colorful wings are believed to be reflections of the colors of the universe.

According to Swedish folklore, dragonflies are sent to look for bad souls. They are believed to go to those children who lie and stitch their eyes, ears, and mouths. Whether you believe this or not, their existence of over 300 million years and their presence today is undeniable.

If you dream of a dragonfly it might mean several things, but the main meaning is that a great change and transformation is waiting for you. However, if you dream about a dragonfly landing on you it means to be a good change, and if the dragonfly is dead the change will be bad.

If you see a dragonfly flying fast from place to place in your dream, it means that you too need to start living your life with more energy and enthusiasm.

Why Prayer Before Bed Is Great For Adults, Too