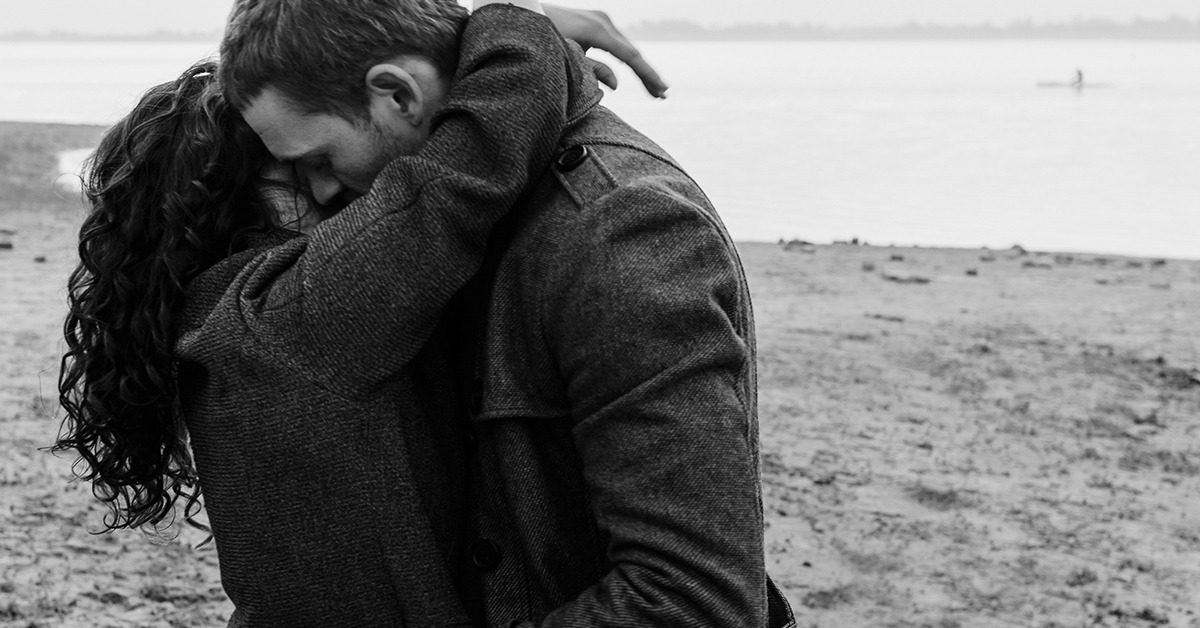 When I first met my husband, we were both working at the same restaurant. He was so charming, his voice so mellow yet so authoritative. His look was so sparkly, yet so distant. At the time I couldn’t explain it, I just knew I was drawn to it.

As we started dating, I started seeing another side of him. A side not necessarily dark, but different. There were times when I felt like I should get out of that relationship, but I never did. I didn’t because (as I’ve realized only after) that’s what narcissists do. You have all these emotional highs with them and it fills like you’ve taken ecstasy. They make you so happy; they are so kind and generous. They spend the whole day with you and they hold your hand so firmly. They are in a good mood; they have no reproaches, and you feel like things are finally starting to fall into place. But that happiness is momentary.

I remember days when my husband would try to be the center of attention by cracking jokes aimed solely to insult me. At first, I said nothing because I thought I was being crazy. Can the man that loves me really mean all those insults? Of course not. He is just making a joke on my account because he is shy and insecure. He wants my friends to like him.

But he would continuously do this to the point where my spirits would crush and I would lock myself in a room crying. Completely void of energy. I started feeling like I wasn’t good enough for him and that feeling, you don’t want to go through it. It eats away at your soul. It makes you doubt all your qualities, all your positive sides of your character.

Did you really mean all that you said yesterday? It hurts, you know. Could you stop using me as the center of your jokes? Because I am really uncomfortable.

What are you talking about? Oh, that! Come on, it was a joke. You can’t take any jokes. God, you are so boring.

This is how all of my pleas for him to stop humiliating me would end. The worst part is that he would convince me he was right, and I would believe that I was the boring one, the insecure one, the snowflake when it was him the whole time.

To feel whole, narcissists have to be at the center. They have this urge to be liked, appreciated, and respected. That urge comes from them not having a happy childhood. They underwent a childhood trauma or their parents were abusive, so they are stuck at that phase – forever trapped as a child. It is so because they could not experience the warmth and the love every child should.

Narcissists feel empty inside, so they have to compensate by getting all these bits and pieces of attention, they have to humiliate others to feel whole, to feel worthy.

Whenever I tried to be constructive with my husband, it would backfire on me. He would accuse me of being inconsiderate, selfish, and evil.

Oh, and you are so perfect, aren’t you? Have I ever complained of your sulky behavior, your constant reproaching of my jokes, your neediness? You are so insecure, and you know what? You are jealous that I hit it off with your friends right from the start and they like me more than they like you because guess what!? I am fun to be around. Unlike you!

Not only he would not accept constructive criticism (and would instantly start listing all the things he cannot stand about me), but he would also cross boundaries. I would tell him that how he treats me in front of others makes me feel horrible, yet he would still do it. He had no respect for my feelings. It’s because narcissists don’t feel other people’s pain.

They can mimic emotions, care, and affection for some time because they know if they are their true selves 24/7 their masks will fall off, so they have all these days where they treat you like a gem and you forget all the negative. You think it will be better only 3 days after to disappoint yourself when they are back to basics.

My husband was a poor listener. He would speak at me, not to me. He would talk about himself and how his day went, and he would never ask me about my day. He would never so much as to bother asking, and I felt how he wasn’t really listening when I talked because he didn’t care. He would politely wait for me to stop, so he could steer the conversation on to him. Narcissists are so assertive and patronizing, but paradoxically enough they seek validation. They thrive on compliments. If they don’t get them, they shatter. So I always tried to lift my husband up, I tried to tell him how smart he is, how much he’s achieved. I tried to motivate him and he would go, I know, but others should know it too.

Well, honey, you know it and I know it, so what else does it matter?

I guess, to narcissists, it doesn’t matter that the person that loves them knows their worth; they want the whole world to know it; they want to be adored and if that does not happen they become real tyrants. Abusive, patronizing, distant, hurtful. They say spiteful things to bring others down as punishment.

At first, I thought it’s just a phase. He loves me. He has some fear of commitment and he is insecure, but once he realizes my patience, my affection, and care for him, everything will go back to normal. But I was wrong, and it is my fault I dragged my soul through all those emotional bruises and flames because I don’t know how to give up on a person.

A friend of mine gave me this book on psychological abuse, and in the book, there was a sentence that said: You cannot save a person unless they want to save themselves. 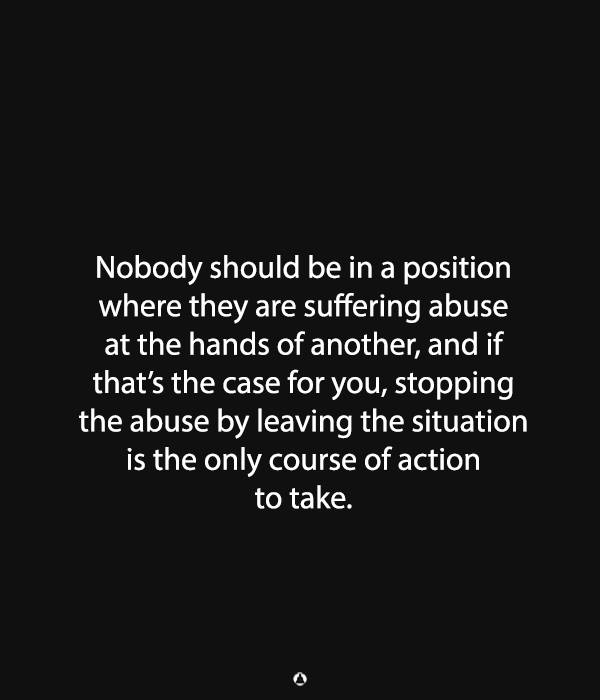 And it hit me: I am not a savior, even more, I am a victim that needs saving.

Narcissists cannot form meaningful relationships because it all stems from their childhood abuse.  They didn’t receive the love and the care, so they don’t know how to give it now as adults. They had not an example to follow. Many will never recognize that they have this problem, many even enjoy being emotionally condescending in public.

Narcissists enjoy hurting other people so they know how they feel – their behavior is a reflection of their inner thoughts, but I realized it only 11 years after. I hoarded emotional humiliations with years. They drained my energy, and I was constantly wondering why I feel so tired and exhausted after a night out with my husband and my friends or family.

Don’t succumb to the narcissist’s charm. They are so beguiling, manipulative, and toxic, but they inject you with their poison from time to time, so you won’t notice. Don’t cling to the good moments you’ve spent with a narcissist. It is just a temporary show, a mask. They keep you on the verge and when you least expect it, they throw you into that abyss of disillusionment and frustration.

If you are not certain whether or not your partner is a narcissist, ask yourself: Can they accept a critique? Do they always blame you for everything? Are they offensive and emotionally dismissive?

Narcissists have pumped up egos which they protect from bursting up, so no wonder they cannot take criticism or failures well in stride. They are offensive because they project their insecurities, their emptiness on to you and you end up believing those lies because they told them assertively over and over again.

Remember, you are NOT crazy.

You are NOT those ugly names they called you.

You are NOT needy or clingy – they are only they cover it with their condescending behavior.

If you say you are leaving them today, they will look at you in disbelief. Then they will do anything to gain you back, only to leave you two weeks later. They have no values and they choose their victims carefully. They choose people they know are loyal and willing to fight and help others.

Cut all ties – whenever you can. Cleanse your soul from the sorrows and the hurts, but do it in the manner in which you know it’s best for you. Read books and articles that deal with this issue, talk to a professional. Do it when the time is right. Choose your timing.

It took me 2 years to divorce my husband. Signing those papers was the hardest thing I’ve ever done. I felt like a part of me was being amputated, chopped off. I went home and I could not lift a finger. Again, I felt drained and exhausted, clawing at what I knew best. All I could think of were those sparkly eyes and that charming smile. But I knew: I could not let myself fall into that circle again.