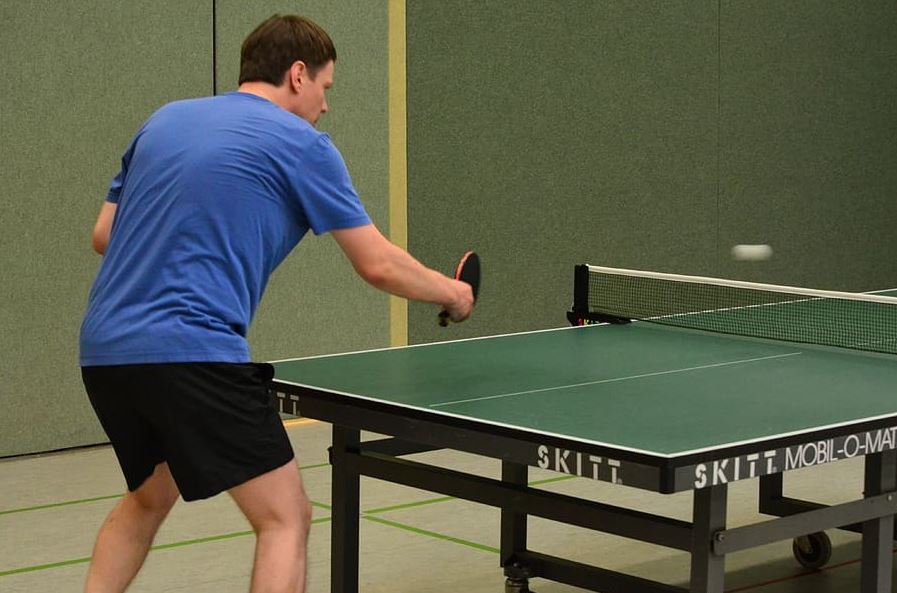 When it comes to table tennis, there’s nothing that gets more important than a serve. After all, it is the one that starts a rally.

Now, if you have bad service play, you can’t expect that the game will go to your favor. That’s only if you have an amateur opponent.

But if you will go against individuals that have experience in the game, they will exploit this weakness of yours. That’s why if you don’t want to lose, learning how to serve the right way is crucial.

Just don’t forget that ping pong is a mental game!

The section 2.6.1 in the table tennis laws indicates that “a service shall start with the ball resting freely on the open palm of the server’s stationary free hand.“

By that statement alone, you can already have an idea if the way you serve is correct or not.

Properly holding the ball before the service takes place is a crucial part of the sport, especially if you are going to play for competitive matches. And even if you do, it pays that you know the correct hold.

Here are some of the common mistakes when it comes to holding a table tennis ball before the toss:

As you have guessed it, the correct way in holding a table tennis ball during service rounds is by letting it rest in your open palm. Your palm has to be open as possible so that your opponents can see it.

Even if your palms are open, but the ball is still resting on the fingers, that’s still an illegal serve. And that will cost your opponent to gain some points.

Be reminded that your free hand–or the one that holds the ball–has to be static. It should not shake and move from one position to another.

It is also illegal for a player to pick up the ball and then toss immediately in the air. There should be a pause period where you need to position yourself for the service.

Why There’s This Service Law

Accordingly, the reason why this service law has been created is to ensure that the table tennis ball will be thrown in the air without it spinning. Of course, that makes sense as you tossing the ball without you being able to grip it.

If you don’t have an actual hold to the ball, it is difficult to induce a spin on it. Balls that have spin can be declared fault by the umpire.

If this is quite arduous for you, I do suggest that you keep on practicing. You can do this on the best table tennis table under 500 since it has a playback mode.

The section 2.6.2 in the table tennis laws indicates that “The server shall then project the ball near vertically upwards, without imparting spin, so that it rises at least 16cm (6.3 inches) after leaving the palm of the free hand and then falls without touching anything before being struck.”

This section corresponds to the first rule, which emphasizes that there should be no spin on the ball when you throw it on the air.

There’s a specific requirement that the ball should reach at least a height of 16 cm in the air. Now, there are certain caveats that you need to know about this.

Also, if we are going to take a look at the Point 10.3.1 of the Handbook for Match Officials by the ITTF, it is indicated that the toss should be near vertical.

Specifically, it states that “must rise within a few degrees of the vertical, rather than within the angle of 45° that was formerly specified, and that it must rise far enough for the umpire to be sure that it is thrown upwards and not sideways or diagonally.“

These are the procedures that you need to master when it comes to serving in table tennis. Although they appear rigid, you can actually do them naturally once you keep on practicing.

That’s it for now. If you have questions, feel free to drop them in the comment section below.