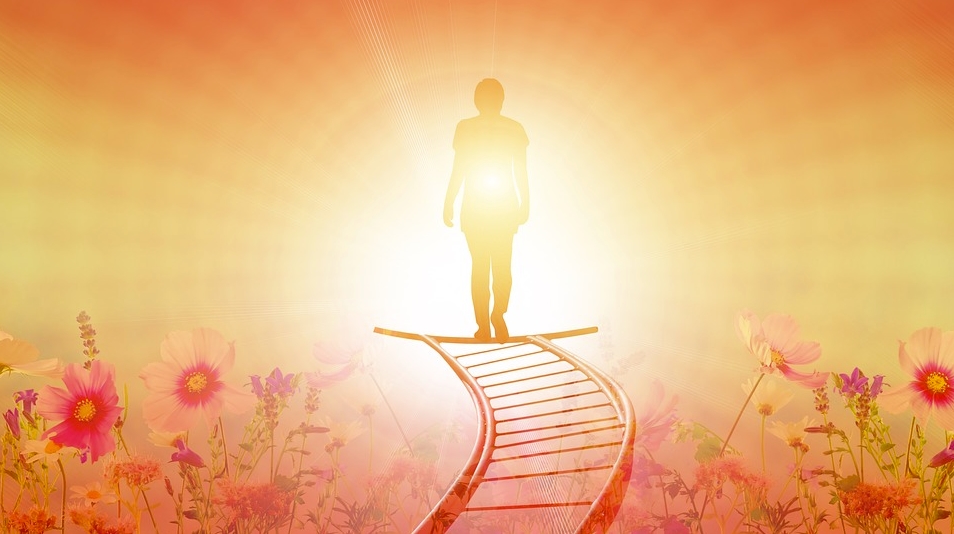 After my 85-year-old mother’s stroke, her life changes. The previously independent woman became a  helpless person. Worries, fears, and hardships plagued them. But these are not just health problems. My mother always thought of death and dying. I work as a spiritual medium. One day she asks me what it’s like to die. She was realized that with me she had a universe consultant and her side. Even if she didn’t trust my statements about the hereafter and the soul.

Because their Ukrainian parenting and their Catholic faith have always been the fire point in our discussions. It was unthinkable for her that I could speak to a soul afterlife. Because I don’t go to church and I am not a saint. We also had conflicting positions on the subject of God’s supposed punishment for the failure of life. But now she won’t hear my opinion.

I felt that she was afraid of death. Where all the good deeds in your life enough to be accepted into the kingdom of heaven? She struggled with such questions and it was clear to me that I had to take her worries away. So I told her how dying was going and what was waiting for her in the hereafter. She got a real guide to life after death that contained all the pitfalls I’ve known so far. She was well prepared and in the end, was no longer afraid to die. That was my only goal.

Because I can’t change the fact that she’ll die soon. I couldn’t take away her health problems either. When I explained to her that the deceased souls also send signs to her living family, she became aware of it. That’s what she wants when she’s dead! It was a little awful when we had this conversation. My living mother was sitting here and we were talking about her death and an afterlife. But as a spiritual medium, these topics are everyday life. But now it has affected me personally and I have an emotional bond with the person. It’s a little bit different. Nevertheless, I have not shown my insecurity. We arranged a sign what she send me when she dies. It was more fun for my mother when we made the deal that she tickled my feet when she was in the afterlife.

Shortly after her death, she kept her promise and sent me some characters from the afterlife. She tried to tickle my feet. Three attempts were required before it worked. At first, the feet only got warm. In the second attempt, it tingled slightly. And then I felt a slight tickling. She later told me that it was very difficult and that she had to make an effort. I also noticed her perfume, which spread in my bedroom. It lay like a cloud in the room for hours.

Now it was my turn to show her that it was possible to speak to the deceased. I’ve done over eight spiritual channelings with her. Channeling is the mental contact with a deceased soul. Information is exchanged through thoughts. Of course, I was happy to speak to my mother, but I also had a spiritual and scientific interest. There was no better soul than my mother to do such research. After all, I knew her life very well and her deepest secrets. I ask her a lot of questions.

What is really important in life?

What aspects are important at the end of all days? Is it the topic we think is relevant? I was also very interested in what it’s like to be dead. What do souls do all day long? Do you still have wishes, goals and what about the ego? Are there tasks to be done? What energies and other souls are they with? Are the deceased s watching us all day? My Mother patiently answered my questionnaire.

Some things were surprising and new even for me as a medium. The relevance of the parallel worlds was only one aspect. Also interesting was her meeting with Jesus. She has asked him her whole life for help. He was so surprisingly normal, Mother reported. She certainly had a different idea of ​​the man she was praying to. But he said he had heard all the prayers.

But my mother’s main message is very simple: you don’t have to be afraid of death!

The author El Maya is a spiritual medium and has published several books on the subject of the soul, life plan, karma, and the afterlife. This guide literature contains strategies to reduce his karma and to find the soul center.