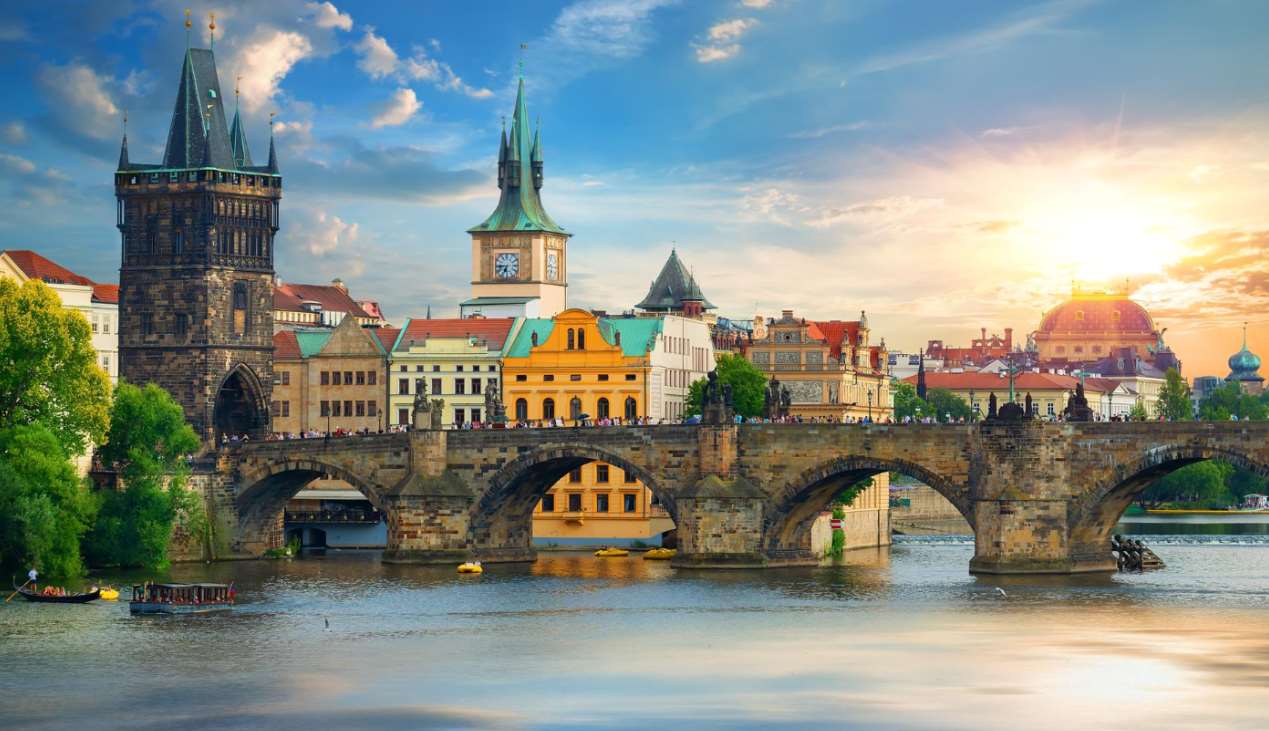 Traveling through Europe, one is struck by the variety of styles and moods that its cities offer. But perhaps the most comfortable and homelike atmosphere envelops us in Prague.

A Little About Prague

It is the center of the Old World, where the future capital of the Czech Republic was formed from two settlements around the Vltava River. A symbol of the Middle Ages, this city still retains an atmosphere of tranquility and grandeur. Walking is so fascinating for tourists that many forget about time and fatigue.

But before you decide on your Prague walking tour, let’s find out what awaits you in this city. (1)

What do you know about Prague except that it is one of the most beautiful cities in the world? You can indeed walk through its ancient streets and embankments endlessly, discovering new and surprising things every time.

This list will help make your walks in Prague rich and informative:

The oldest part of the capital is famous for its charming streets, houses with tiled roofs, and ancient churches. Start your acquaintance with the Old Town of Prague best from Republic Square and the Powder Gate.

The Old Town Square was once a medieval marketplace and got its present name just over a century ago.

When planning your tour of Old Town Square, plan your itinerary to catch the chime of the clock. The chime of the town hall clock is an incredible spectacle. Prague chimes chime every hour, and there is a whole performance with sculptures of 12 apostles and a golden rooster singing.

Near the Old Town Square, there is the Týn Church, which is now the city’s main church. Its sharp, pointed spires are visible from many points of the city.

If you go west from Old Town Square in the direction of the Vltava River, you can get to the most famous bridge in the Czech Republic – the Charles Bridge. You can enter the Charles Bridge from the Old Town through the Old Town Tower. The bridge is famous for its magnificent sculptures installed in the heyday of Baroque, its bridge span is based on 16 powerful arches.

Certain sculptures of the Charles Bridge grant wishes! Before you walk across the bridge, think about which dream is your deepest, because you are only allowed to make one wish.

A stroll will bring you to the main square of the district – Malostranská Square and the Cathedral of St. Nicholas (Mikoláš). In ancient times, trade routes passed here, which necessitated the construction of a stone bridge between the Lesser Town and central Prague.

Explore the Malá Strana district, which is famous for its many palaces and parks. The unique structures, built centuries ago, are of great architectural value.

Walking through the streets of Mala Strana, you may notice a curious fact: some houses have figures or drawings of animals instead of house numbers. The fact is that the numbering of buildings appeared here only in the XVIII century, and until then, homes were numbered that way. The old signs have survived to this day.

Walking from the Charles Bridge towards Nové Město, you will see the largest theater in the Czech Republic – the National Drama Theater. The majestic building, built in a neo-Renaissance style, is considered one of the symbols and treasures of the country. Not only the works of Czech playwrights but also the world’s greatest authors are staged on the stage of the National Theater.

The center of New Place Prague is Wenceslas Square, one of the largest not only in the Czech Republic but also in the world. The main attraction of the New Town resembles a wide boulevard with splendid architectural buildings on both sides and lots of stores and restaurants. This is where all the most solemn events of the capital are held.

If you want to learn a little more about the history of the city, book a guided tour of Prague.

In conclusion, we would like to say be sure to travel! Get out on nature and picnics, walk in parks, take the train and go to unfamiliar places, and at least one weekend a month leave to visit cities you have never been to! (2)