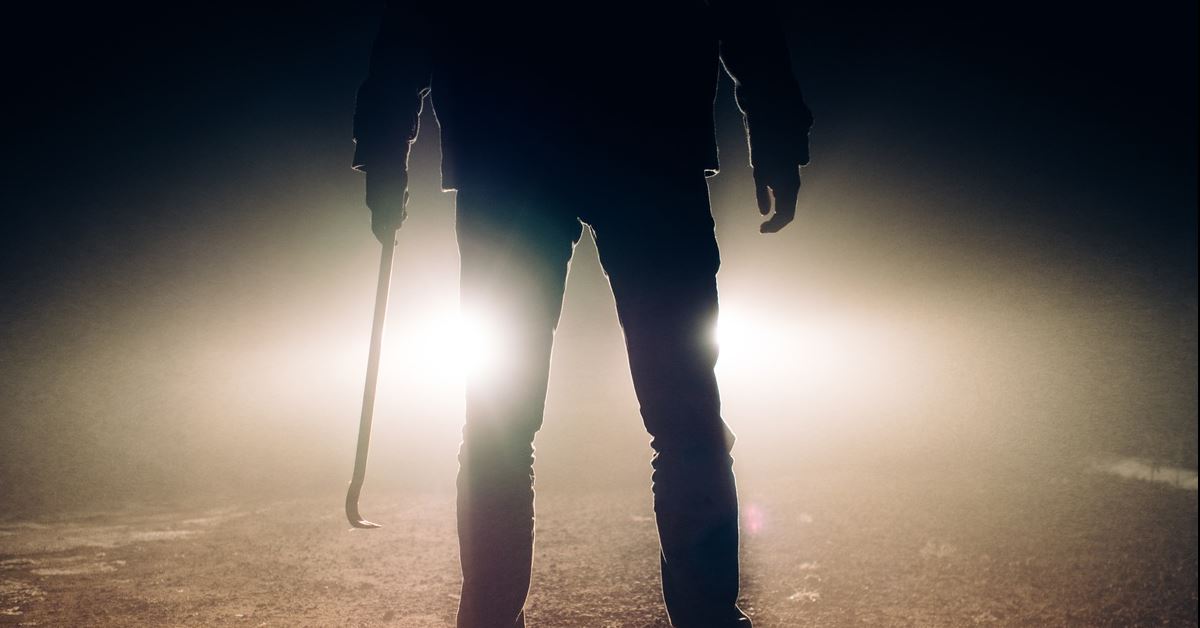 Many people rely on astrology, their zodiac sign and the decisions that they make in their life, are based on their daily horoscope or maybe their natal card.

No one can assure you in the effects that the zodiac signs have on our personality or character marks, however in many situations you find yourself familiar to that other Aquarius friend and you share so much in common that you can’t stand each other anymore.

These are the most serial killers zodiac signs, hopefully, no feelings will get hurt or offended in the process:

Gentle, loving and tolerant, your Leo friends may be plotting their next victim and you wouldn’t even have a clue about it.  Try googling Anthony “The Cleveland Strangler” Sowell and see it for yourself.

He was the notoriously famous American serial killer, who was later referred as the Cleveland Strangler by the press reports. He was arrested in October 2009 under the suspicion of killing 11 women, all of who were found in his Ohio duplex.

In 1989 he was arrested and sentenced to 15 years of jail for attempting to rape, kidnap and murder a three months pregnant woman. He pleaded guilty and was released in 2005.

However this wasn’t his last assault and when he was finally arrested for the second time, the police had found two bodies in his living room and four more were found throughout the house, some buried in the basement and some in the crawl spaces in the house.

The bodies continued to appear as the police started digging in the backyard and finding three more bodies and the remains of a fourth. It was a real graveyard as it seem. All of these victims lead him to prison and death sentence.

A water sign which is quite unpredictable when it comes to tricky situations, especially in situations when they lose their temper and the things gets intense.

Many serial killers were born in this zodiac sign, among which John Wayne Gacy who was responsible for at least 33 deaths.

He was an American rapist and serial killer, sexually assaulting and murdering at least 33 teenage boys and young men in the region of Cook County, Illinois. He deceived or led all of his victims to his Norwood Park ranch house where he raped them, tortured them and at the end killed them.

At least 26 of his victims were buried in his home and the others were scattered around his property. He was convicted due to his 33 murders and was sentenced to death for 12 of them.

Finally, he was executed by lethal injection in 1994 leaving behind plenty of victims and a nickname which give us chills even now after so many years. He named himself as the “Killer Clown” because of his mask as “Pogo the Clown” which wore it on children’s parties, parades and fundraising events.

The people born in this zodiac sign, justify their zodiac sign’s name because they can be as dangerous as the scorpion’s sting and if you are a thorn in their eye, you wouldn’t know what will get upon you.

Just take for example Carl Eugene “The Sunday Morning Slasher”, the person who has left behind and was suspected for around 100 victims in total. He kidnapped his victims, tortured them and at the end murdered them.

He brutally murdered Gloria Steele, a 20 year old woman who was suspected that she was his second victim. He continued killing many other women at the age of 14 to 44 and the most interesting part was that the police couldn’t find anything on him for eight whole years.

He used the methods of stabbing, strangulation, drowning and bludgeoning. He did spend some years in jail for attacking a woman who came out alive at the end, however despite the DNA testing no one could prove him guilty of the other murders.

It wasn’t until 1980 when the police had the authorization to place him under sporadic surveillance and plant a homing device in his car. He was diagnosed with antisocial personality disorder.

Even though the police gave him the chance to plead guilty for all those murders, he is still suspected to be responsible for over 90 deaths and was given a 60-year sentence. I sure don’t like to be the reason a Scorpio gets mad at.

Don’t let the innocent name of this zodiac sign fool you, because they can be real homicidal maniacs. Yes, it’s true behind their innocent name Virgo, there is nothing virgin about them.

A notoriously famous serial killer will prove us right, Henry Lee Lucas was the man who is behind 157 deaths.

He was condemned to death for a single case, however was arrested in Texas based on his confessions and the other unsolved murders were attributed to him and were classified as cleared. He was sentenced with life imprisonment.

Goats can be homicidal? Who would have thought huh? However, behind that coldness and distrust of people surrounding them, is their real face which compliments with their personality or their predisposition to be hardy killers.

Among the notorious killers born in this sign is Dean “The Candy Man” Corll, responsible for the death of over 28 people. Dean worked with two accomplices Elmer Wayne Henley and David Brooks.


All of them raped, tortured, abducted and murdered at least 28 boys and were known as being part of the Houston Mass Murders. When Henley shot Corll, everything came to light, how they deceived their victims and murdered them.

Some victims were shot with a 22-caliber pistol and buried in a rented boat shed, some were buried woodland near the Lake Sam Rayburn, some on the beaches in Jefferson County and Bolivar Peninsula.

His nickname Candy Man as well as the Pied Piper was given because he owned a candy factory and was known to give free candies to children. At that time this was the worst case of a serial killer in the American history.

Aries may be stubborn, intense and arrogant at some point, however nothing beats their homicidal nature and we have a record of pretty decent number of serial killers proving us right.

Even though he claimed to have murdered 87 people, officials estimated to around 37 and 57 victims. He was a self-described “angel of death”.

He is currently serving 28 life sentences, pleading guilty at the Toledo Correctional Institution in Toledo, Ohio.

The interesting moment with this zodiac sign is that they truly have a double personality or their mood varieties from loving and caring to aggressive and homicidal.

Many serial killers born in this zodiac sign as “the twins” have actually led double lives or had split personality issues. Among the most famous and popular Gemini serial killers is Jeffrey Dahmer, the Milwaukee Cannibal.

He died in prison as he was beaten to death by a fellow inmate at the Columbia Correctional Institution.

Something must be wrong since the first American serial killer was born under this zodiac sign. He was discrete, attentive in hiding his victims and not even today can anyone claim the real number of victims, but it may as well be 200.

You seriously don’t want to mess with Taurus, I get chills just by thinking of them. H.H. Holmes or “The Torture Doctor” was the first documented killer in the modern sense of the term.

He was a fairly known and successful con artist and a bigamist, confessing 27 murders, however was under the suspicion of killing about 200 people. He brought his victims to his World’s Fair Hotel.

Determined, sociable, however they lack empathy. But we don’t put Sagittarius on this list because of their lack of empathy.

On the contrary, that may be a virtue compared to the psychopathic and homicidal nature. Just take Ted Bundy as an example, been to jail and escaped from there, escaped lockup and is responsible for the death of more than 30 victims.

Sagittarius people are extremely intelligent and quick-minded and maybe this characteristic saved so many serial killers from getting caught.

Ted was a kidnapper, burglar, rapist and a necrophile, assaulting and killing various women and girls and even though he only confessed 30 homicides, the real number of victims is still unknown.

He died in the electric chair at Rayford Prison in Starke, Florida and was described as a sadistic sociopath who took pleasure from other’s human pain and the control he had over these victims.

We came to the final and most dangerous sign in the zodiac. They may seem all sensitive and harmless, but they are as vicious and homicidal or even more than you can ever imagine.

She used injections on them, with the intention of reviving them and therefore gain some attention or praise. The real number is unknown as the hospital officials destroyed records to prevent further litigation after her first conviction.

She will be subjected to a mandatory release in 2018 due to a Texas law to prevent prison overcrowding. You may want to consider twice before messing with Cancer.

All About Free Love Tarot Reading

Gemstones for Career – According to Zodiac Signs/Rashi 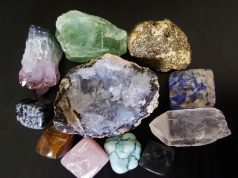 How Gemstones Can Bring Some Color and Benefit to Your Life

A natal chart: A guide on how you can understand the planets and their impact on your life 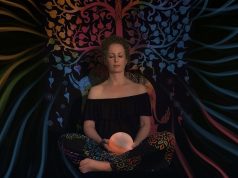 How to Use Numerology to Become a Better Person 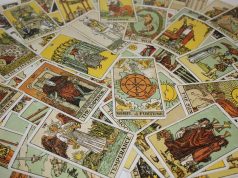 The Top Things You Should Be Asking During Tarot Card Readings 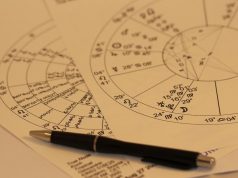 The Early Beginnings and Evolution of Astrology

How Do You Know if You Are Psychic? A Helpful Guide