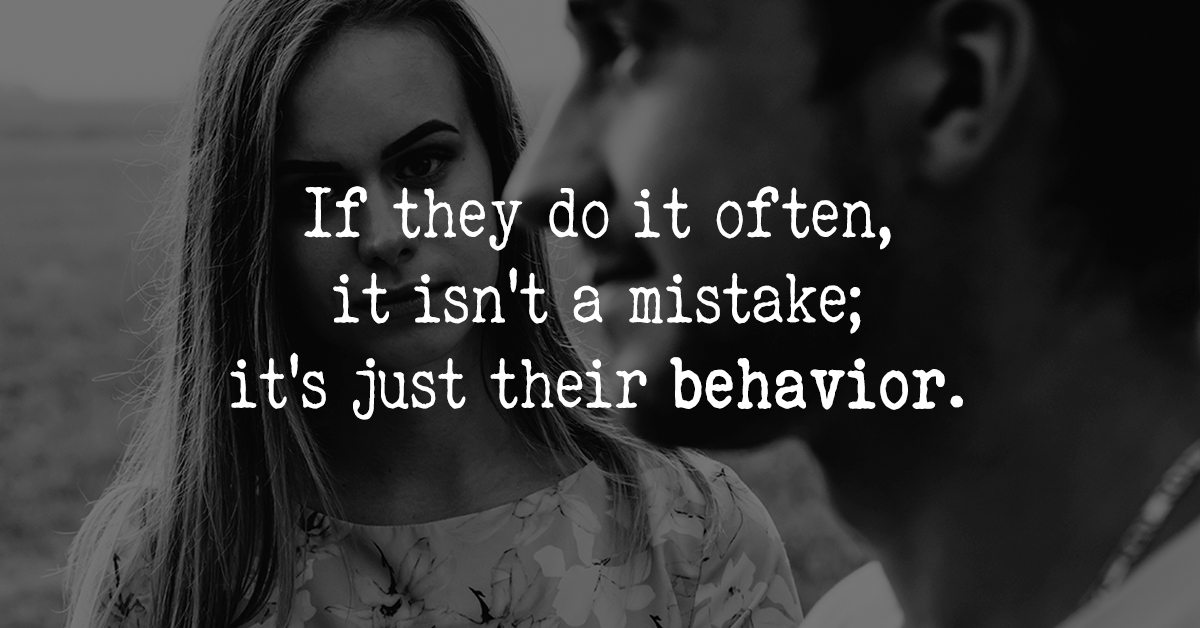 Constantly tossing the blame to your side of the playground.

Narcissistic people love to play the “blame shifting” game. A sure sign you are dealing with a toxic and pathological narcissist is if they desperately try to put the blame on to you to avoid responsibility for their own actions. Instead of being once and for all accountable for their actions, narcissists function by blaming others and making them feel ashamed of themselves. (1)

They’ve got you all figured out. Every insecurity you have inside, every word or sentence that destroys your confidence, every soft spot you have – to them those things are not off the limits. They wait for the right time to use them against you. Low blows is what they are all about. Playing the victim and tricking you into thinking they need you is how they set the trap. Before you know it, they’ll subtly bring a subject that’s hurtful justifying themselves by saying how they didn’t mean it. Naturally, because they’ve shown you how much they care for you, you think it’s a coincidence or it’s unintentional, or you think it’s just them trying to make a point in a conversation unrelated to wanting to put you down.

Playing with your emotions.

When someone is trying to manipulate you, they will play with your emotions. Instead of being considerate of your feelings, they will use them against you. It’s because they want you to feel as if you’re hurting them even when you’re not so they can get what they want from you at a later point. You’ll feel like you owe it to them to be nice and lenient. This is just another trap through which they gradually take over your emotional wellbeing and play with your senses. (2)

A vicious tactic of bringing a third person in the picture, another perspective that helps manipulators to validate their actions. That third person doesn’t even have to be present, they’ll use examples of what that person supposedly told them and how they disagree with you, but approves of them and thinks they are right to be mad or angry or hurt, or whatnot. Triangulation is a horrible way of manipulating one’s thoughts by making them suspect their own sanity. If you ever feel confused and like you don’t know what’s real anymore, this could be the root of the problem.

Threatening you, intimidating you, and making you feel scared, diminishing your self-esteem, controlling your time with friends and family, controlling your behavior, and forcing you to do things you don’t want to do are all ways of aggression. Sometimes that aggression is underlying, is not really explicit, but if you sense it – get out of that viciousness. That’s another way for toxic people to manipulate you through fear.

Communication as a one-way street.

When manipulators talk, it’s like they talk TO you, not WITH you. They monopolize conversations because they want the spotlight but also because they have so many hidden intentions lurking in the background. They are not active listeners when it comes to you because they don’t really care. But when it’s about them, they can go on with hours of bragging and showing off. This is so because most of the manipulators tend to be narcissists and this is one of the MAJOR traits of a narcissist.

Do you remember all that name-calling and inappropriate behavior? They project all those low blows, all those spiteful things because that is how they really feel about themselves. Don’t let that projection crush you. It’s really their state of mind, not the reality of who you are. They just try to poison your worldview. Don’t let them.