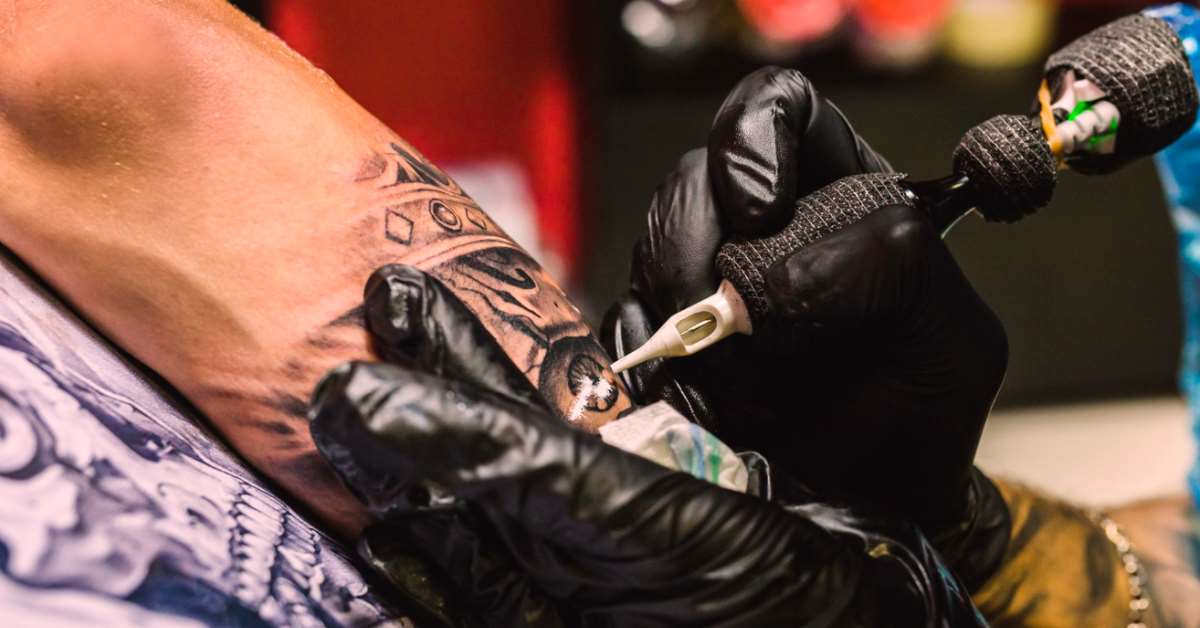 People have been inking their bodies for thousands of years. In ancient times, tattooing was used to decorate the body, show status, and oftentimes as therapy or a form of punishment. One of the oldest reasons for this practice is related to spirituality.

What Do Tattoos Represent Spiritually?

In the past, people inked their skin with tattoos to protect themselves from the unknown. For instance, in ancient Egypt, women would tattoo a figure of Bes, a minor god who was thought to be a protector of the household, children, and women in labor, on their thighs because they believed this would keep them safe during childbirth.

Nowadays, people still ink their bodies with tattoos to express their spiritual beliefs.

Tattoos are more than just a permanent word, pattern, or image on the skin, they’re actually signs that represent a person’s spiritual journey. They serve as reminders of who we are and as monuments of a significant spiritual experience in our lives.

What Is The Most Spiritual Tattoo?

Every genuinely spiritual person connects with various symbols that have a powerful meaning.

Spiritual tattoos are the most powerful skin signs. They represent a person’s feelings, religious beliefs, or spirituality. Their purpose is to inspire, protect, and guide the wearer when they find themselves wandering on their path and feel like they lack purpose in life. Spiritual tattoos can also serve as an inspiration for our journey of self-realization.

Spiritual tattoos are usually based on potent symbols, such as the cross, Budha, Mandala, the yin and yang sign, the Trinity Knot, the powerful Eye, or the lotus flower. In addition, some tattoo designs feature typical symbols from Christianity, Hinduism, Buddhism, Islam, or ancient Egypt mythology.

Out of all spiritual tattoos, the most spiritual one is the cross tattoo. The cross is also one of the oldest and most widely known symbols.

The cross symbolizes the cyclicity of life, faith, and spirituality. In what

follows, we’ve presented a few other meanings of the cross tattoo:

Other most common spiritual tattoos include:

Certain tattoo symbols are believed to have protective properties. A lot of civilizations thought certain tattoos could protect them from heartbreak, serious illnesses, and even plague. Nowadays, many people in different cultures wear protection tattoos because they believe they can protect them from evil spirits, negative energy, bad luck, and evil endeavors.

If you’re looking to get a tattoo that symbolizes power, here are some symbols that may be the right choice for you:

Getting a tattoo is not only about decorating your body. The tattoos we’re drawn to allow us to look deep into our souls, and they can be links to our subconscious minds and dreams.

Some tattoos are believed to bring good luck, attract positive energy and transmit that energy to our bodies. Tattoo designs that attract positive energy are usually those that have a meaning and that you feel connected to. We talked to many tattoo artists, and all of them claim that your energy and what you think and feel can have an impact on the perspective of your tattoo.

So, in what follows, we’ve presented 6 tattoos that are believed to attract positive energy.

Ganesh, also called Ganapati, is an elephant-headed Hindu god and one of the most worshipped and most popular deities in Hinduism. He’s considered the God of new beginnings and good fortune and a remover of obstacles. Ganesh is believed to bring good luck. Getting a tattoo of this God is thought to attract positive energy, especially if you feel connected to or believe in him.

We usually associate black cats with bad luck, but when they come in the form of tattoos, they’re believed to bring good luck. In the astral world, a black cat is considered a symbol of protection.

A compass is a widely known symbol, and in most cultures, it signifies guidance. So, if you’re looking to get a tattoo that will always remind you that you’re on the right track in life, the compass tattoo is a great choice for you.

This geometric symbol is believed to attract positive energy since it symbolizes life and all the beautiful things life has to offer.

Lion dogs, also known as komainu, are guardian statues that can be found at the entrances to Japanese temples and shrines. The lion-dog symbol represents courage, strength, and protection.

If you’ve decided to get a tattoo, know it matters where you want to put it since this says a lot about your personality.

The body part where the tattoo is placed affects the tattoo design. If it’s put in the right place, the tattooed area appears more attractive to the viewer. That’s why tattoo artists recommend that you choose a big tattoo design for your arms and legs because getting a smaller tattoo, such as a ladybug, on these body parts will look ridiculous.

Another reason why tattoo placement is important is that the tattoo needs to be visible. After all, what’s the point of getting a tattoo if it can’t be seen?

And the last thing you should take into consideration is how visible you want your tattoo to be to you. At the end of the day, it’s for yourself that you’re getting a tattoo, not for others. So, if you want to see your tattoo often, place it somewhere you can easily see it whenever you want.

One more reason why tattoo placement matters is that the body part where you want to place your tattoo needs to be easily reachable. If your tattoo artist can’t easily reach it, this will affect the quality of the tattoo.

Now, let’s see what your tattoo location says about you.