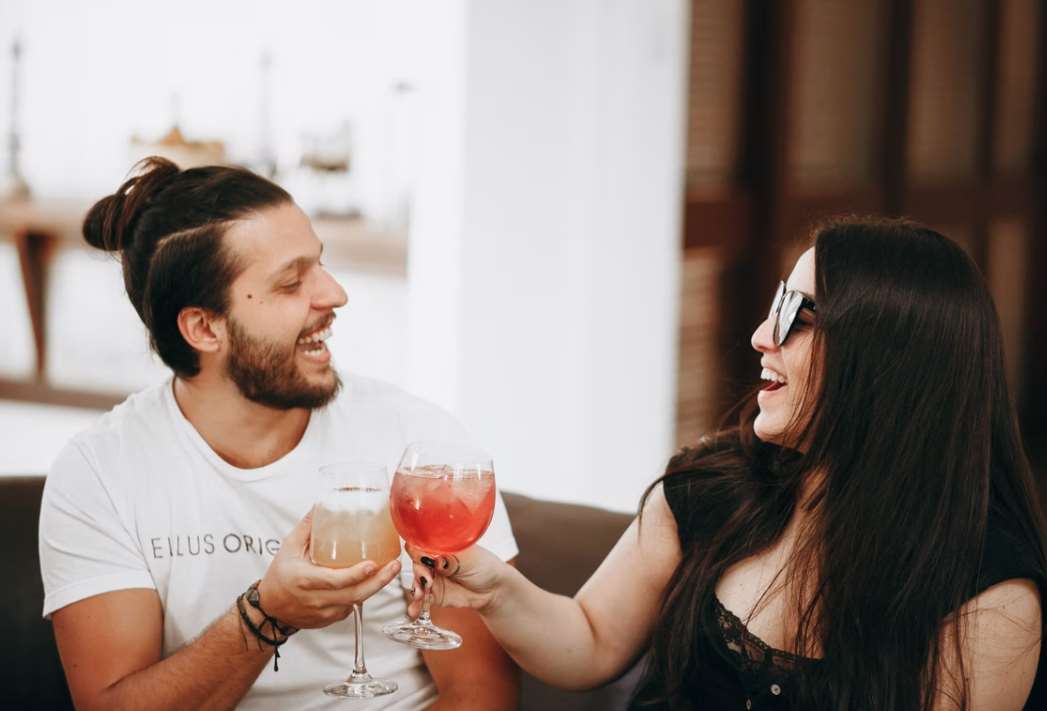 When you’re dating someone, there’s one question you won’t be able to avoid: What are we? Having “the talk” with the person you’re seeing can be intimidating especially if you’re not sure where the relationship stands. Are you casually dating? Are you exclusive? Committed? What’s the difference, anyway?

To reach that ultimate, cathartic love, the one that many refer to as a lifetime love, we have to go through love’s stages, and everyone who hasn’t had the luck to fall in love with the right person from the start has lived to have three types of love: the first one that makes us do foolish things, the second one that makes us work hard for it, and the third one that doesn’t need a special reason to succeed. This is the so-called The Three Loves Theory! Especially at a young age, because of love, you can stop feeling the time and fail to study, for this we offer you the opportunity to buy custom term papers.

It’s normal to feel a bit anxious about a relationship, especially when you’re not sure where you stand. This is where “the talk” comes in. If you’re ready to go from dating to an exclusive relationship, we’re here to help!

Let’s take a look at the five things you should know about being in an exclusive relationship:

1. What Is an Exclusive Relationship?

The term “exclusive” gets thrown around pretty loosely, but there are actually different levels of exclusivity. Simply put, exclusively dating is the step before an official, exclusive relationship. This might sound a little confusing, so let’s break it down:

When you’re in an exclusive relationship, you’ve probably met each other’s friends and family can imagine getting married or having kids together and are committed to working through problems as they arise. You communicate, support each other, and aren’t afraid to be vulnerable when it comes to your needs.

2. Are You Ready to Be In an Exclusive Relationship?

An exclusive relationship is all about being monogamous — meaning, you’re exclusively committed to one person. You’ve been dating someone awesome, spending all of your time together, and you realize you don’t want to see anyone else.

If you’re dating someone and think you’re ready to make it an exclusive relationship, here are some signs it’s the right move:

Does this sound like you? If so, you’re probably ready to kick your relationship up a notch!

When you’re exclusively dating, there’s an implication that you’re only seeing each other. When you want it to become an exclusive relationship, however, it’s super important to talk about it. Why? Because you respect each other! So, how do you do it?

Here are some tips for having “the talk:”

Do it In person

Sending a text that says “So, you wanna be my boy/girlfriend?” isn’t exactly the smoothest approach. You need to be able to express emotions clearly, and they’ll never come across the right way over the phone.

Plan What You’re Going to Say

It doesn’t have to be scripted or super serious, but it’s good to have a general idea of how you want to approach the conversation. Why do you want to be exclusive? What is it about your partner that makes you happy to commit?

Be Prepared for All Possible Outcomes

It’s possible that the other person won’t want to commit, whether it’s because they’re afraid of getting too close or just aren’t ready for a monogamous relationship. Whatever the case, be sure to remain respectful of their decision.

Remember that there’s no right or wrong time to have “the talk.” Every couple is different. Some decide to begin an exclusive relationship after three months, some after three dates. It’s all about your connection with the other person! If it feels right, then trust your gut — it’s probably good timing.

4. How to Know You’re in an Exclusive Relationship

We’ve covered the signs that show you’re ready for an exclusive relationship, but what are the signs you’re actually in one? Let’s take a look at some of them:

The main characteristic of an exclusive relationship is commitment—there’s no uncertainty surrounding your devotion to each other.

5. Signs That Someone Isn’t Ready for an Exclusive Relationship

While there are plenty of signs that someone is ready for an exclusive relationship, there are also plenty that show they’re not. If the person you’re seeing is seemingly insecure, unreliable, or sending mixed signals, they probably aren’t thinking about anything serious. Here are some other signs someone might not be ready for an exclusive relationship:

Remember, actions speak louder than words! If you feel like someone isn’t ready to commit, it can be disappointing, but it’s also an opportunity to find someone equally excited about being in a relationship.

If you’re ready to go from dating to exclusive, remember to be as honest as possible about your feelings to ensure you’re both on the same page. An exclusive relationship is an exciting milestone for you and your partner, so above all else, enjoy it!