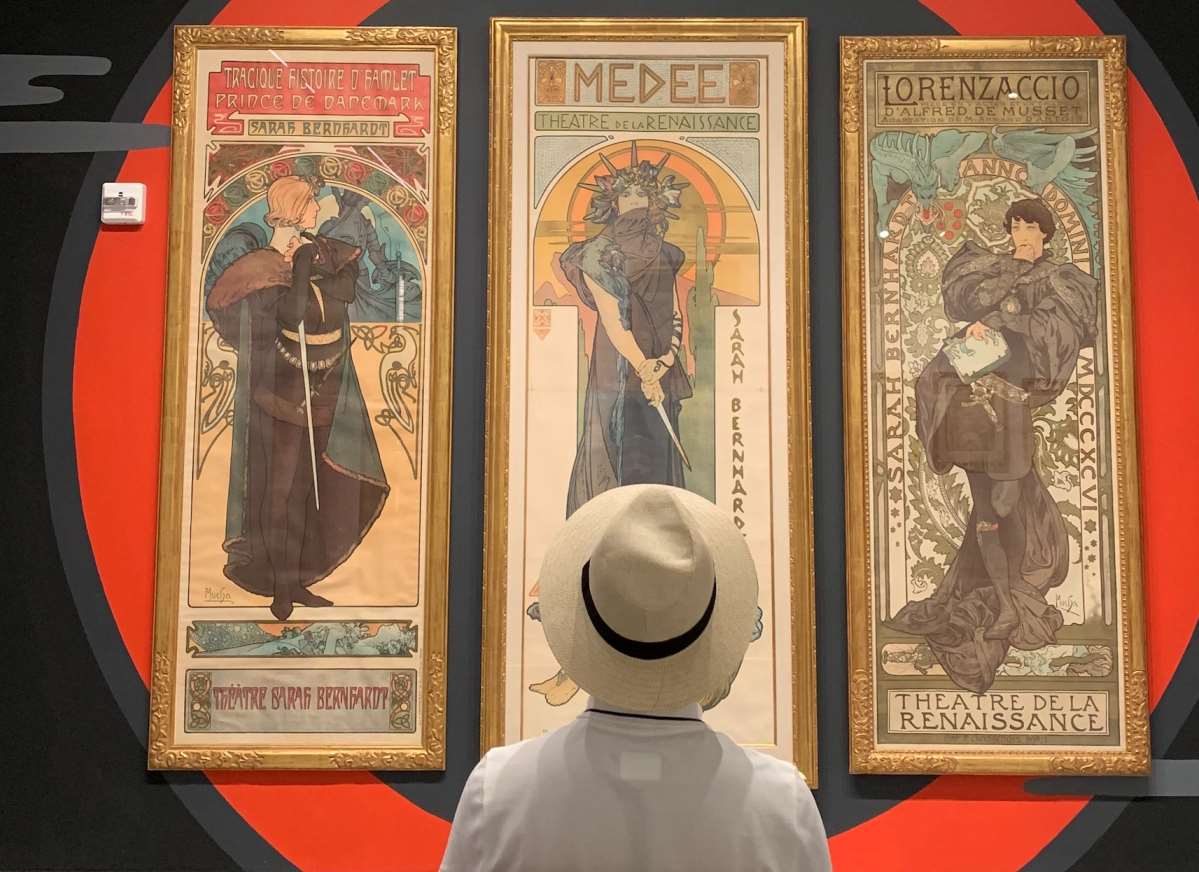 By the end of the nineteenth century, belief in scientific and technological progress had become a constitutional component of a modernist ideal that fostered a new generation of individuals eager to propose revolutionary solutions and improve the spirit of our civilization. Art became a more independent practice aimed at questioning inherited canons and representational patterns rather than a manifestation of a patron’s will.

Although not as radical as some subsequent genres, Art Nouveau appeared to defy what academia had proposed. Although it was articulated theoretically by leading 19th-century intellectuals like French architect Eugène-Emmanuel Viollet-le-Duc (1814-1879) and British art critic John Ruskin, the concept of breaking the difference between fine arts (especially sculpture and painting) and applied arts was perceived as rebellious (1819–1900). It incorporated Arts and Crafts tendencies and the notion of Gesamtkunstwerk, otherwise known as “total work of art,” as an outcome of the unification of various artistic disciplines.

The movement appeared global, with expressions and renowned artists appearing in various contexts. Alphonse Mucha, a well-known Czech painter, graphic artist, and illustrator, who was active in Paris during the Art Nouveau period, was one of them.

Who Exactly is Alphonse Mucha?

Alphonse Mucha is best known for his posters, which he created around 1895 and 1900. Mucha’s style was even dubbed “le style Mucha” at the time because it coincided with the prevalent Art Nouveau style. Decorative panels, otherwise known as panneaux décoratifs at that time, were posters without text that were intended to be used to decorate interior walls. Mucha’s designs were repeatedly used for various editions after being championed as a business novelty by the printer Champenois.

Mucha endorsed and transitioned decorative panels into a new art form accessible to the general public instead of conventional artwork available only to the wealthy. However, there was something special about Mucha’s artistic works.

Mucha’s work frequently featured women, a common subject during Art Nouveau. When you learn about Alphonse Mucha’s sketches, you will notice that many of his portraits involve female subjects. The femme nouvelle, or “new woman,” was a popular subject because it played both decorative and allegorical functions. Mucha and his contemporaries celebrated femininity as an effective alternative to an excessively impersonal, “masculine” world.

Something interesting about Alphonse Mucha is that he is regarded as the artist who transformed female sensuality into Art Nouveau. His big break came at age 35, when Sarah Benhardt, a popular theater actress, requested him to sketch the banner for the play Gismonda. Mucha’s work so impressed the artist that she started to promote it.

Mucha’s women are seductresses who are elegant, sensual and connected to nature. The artist understood how to merge the female body with the physical world through ornamentation, creating iconic pieces that stand the test of time.

His work depicts the journey of an artist who overcame adversity to establish his perspective and style.

These amazing Alphonse Mucha drawings, with their soft pastel color theme and sensitive, swirling lines, were the origin of the artist’s overnight sensation, with stories about the lengths people ended up going to possess them. Mucha’s posters from the final decade of the nineteenth century, at the height of his career, feature women perched within these elegant, feminine aspects in such a manner that they initially blend into their environment.

Alphonse Mucha’s sketches use women as the primary advertising medium, attempting to sell products ranging from liquor and biscuits to bikes and even train travel. It’s hard not to believe that by putting women in a similar pictorial space as products that women were deterred from using, Mucha is making a statement about inspiring greater rights for Parisian women.

Women rejected traditional notions of womanhood during the Art Nouveau period, transcending the domains of domestic life and motherhood. The century’s turning point marked the public emergence of the modern woman and the acceptance of more free and independent sexual expression.

Alphonse Mucha’s drawings reflect this cultural shift. Audiences can see the variations in ideal femininity conceptions between the 1800s and Mucha’s time. Art bears witness to women’s liberation, beginning with domestic oppression and progressing to the upsurge of women in public life. Furthermore, Mucha’s works vividly depict the early transitions toward female equality in Western society.

As a result, his contribution to the Art Nouveau era extends beyond the realm of art. Instead, his creations can be seen as questioning old beliefs of pressured female servitude in the household and promoting women’s inclusion in Western society’s public sphere.

Art is frequently a great indicator of current societal norms. Mucha’s work, without a doubt, captures the core of the period’s view of femininity. His work is a visual representation of the advancement of expectations about ideal femininity at the century’s turning point. The work of elegant Art Nouveau painter Alphonse Mucha has always piqued people’s interest due to its enticing aesthetic qualities, but there has been little critical evaluation of his work.

Given that Mucha is best known for the advertisement posters he created, which spotlighted a female figure as their theme, there is a shortfall in the scholarly literature that ignores the fact that women are arguably the authentic “product” being advertised. Mucha essentially depicted women as charming toys, clothed in lovely ornaments or positioned in captivating poses.