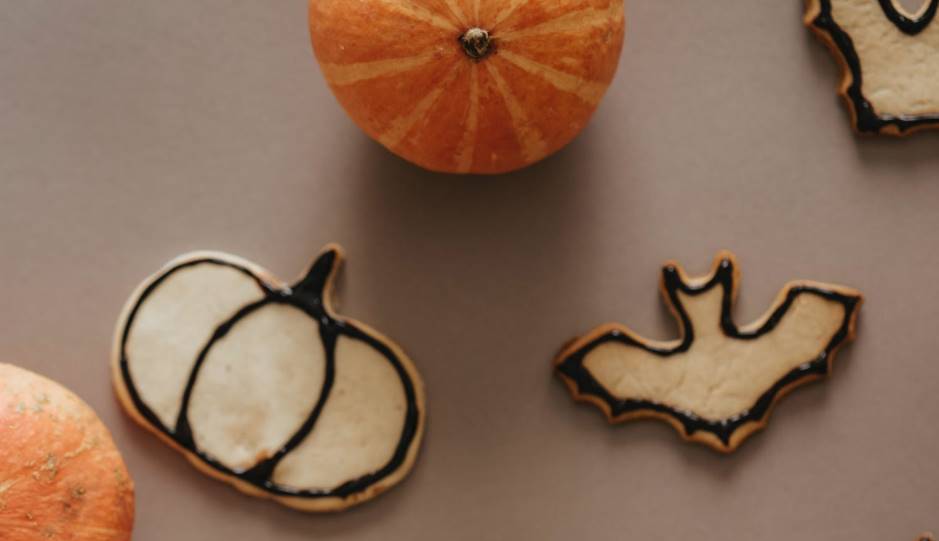 The colors black and orange together are so synonymous with Halloween that most decorations used during this holiday will feature them. Have you ever wondered why? The history of Halloween isn’t often spoken about during October, but this holiday’s ancient roots are heavily linked to why these colors are used. Let’s look at why orange and black are Halloween staples.

A Brief History of Halloween

We can find several places throughout history where orange and black played a significant role in Halloween. However, the modern adoption of this color choice likely comes from the Celtics.

Halloween’s origins date back to the ancient Celtic festival Samhain (sow-in), which marked the end of the summer and the beginning of the cold winter. To the Celtics, October 31st was the night before the new year and when the boundary between the dead and the living were blurred.

Celts thought that ghosts could damage crops and cause trouble, so they hired Druids to speak with them for guidance and fortune-telling. During the celebration, the Celtics would extinguish their hearth fires and light them once the day passed to protect them from the coming winter.

At this point, we can see how black would represent the night, and orange, the fire. The Celtics’ connection with nature is a big reason why flowers are used in many modern Halloween celebrations. You can get your own stunning Halloween flowers from The Bouqs Co.

Two festivals of Roman origin, Feralia, and Pomona, were created after the Empire conquered the Celtics. Feralia commemorated the passing dead, represented by black and Pomona, honoring the Goddess Pomona, who oversaw fruit and trees. This likely explains why we bob for apples on Halloween and another reason for the color orange (changing leaves).

By the 5th century, Catholicism was spreading across the European continent. Pope Boniface IV dedicated the Pantheon in Rome in honor of Christian Martyrs and named this celebration All Martyrs Day, observed on May 13th. Pope Gregory III included all Saints into the festival and renamed it All Saints Day, changing the observation date to what it is today: November 1st.

When Christianity took over Celtic lands in an attempt to replace their festivals with church-sanctioned holidays, they had no choice but to comply. Although All Saint’s Day was nearly identical to Samhain, the Celtics had to replace their ghosts and spirits with saints, devils, and angels. Eventually, Samhain changed from All-Hallows Eve to Halloween.

The Halloween Colors: Orange and Black

Let’s recap. Black represents the darkness, the cold of winter, and the dead, while orange has its connection with fire and changing leaves. In ancient times, where Winters were harsher than they are today, bonfires would cut through the darkness and give the Celtics hope for a new year and a plentiful harvest. Even now, the fireplace on a Winter morning brings us warmth.

Nowadays, the spooky darkness of the cold, dark winter is combined with the fires’ warmth and coziness on Halloween. However, there’s still one last color to consider for the holiday: purple.

Next time you’re at a Halloween store, take a look at the many decorations and costumes that feature purple somewhere in their design. The color purple has a solid connection to Halloween because it is associated with all things mystical and spiritual. Priests often wear purple religious symbols during lent to represent Jesus Christ’s sorrow and suffering.

On the other hand, purple also represents royalty, power, wealth. At the same time, modern consumers relate purple to children and laughter because it’s considered more friendly. The introduction of purple to Halloween is likely tied to the commercialism of the current holiday.