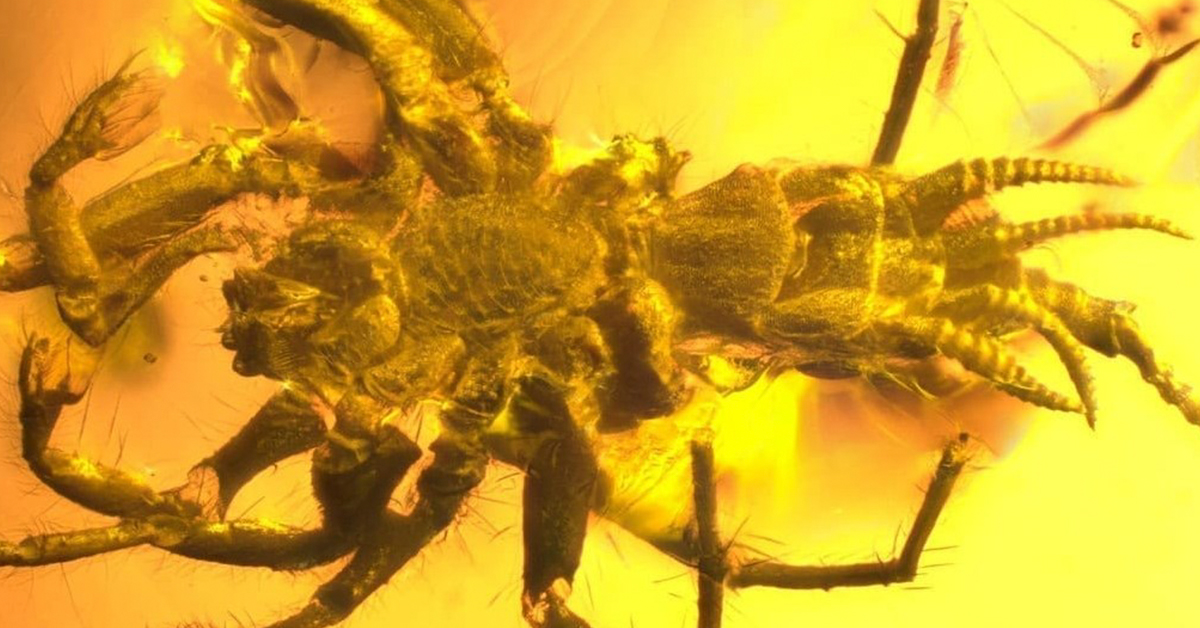 It’s not an urban legend or a fictional character from one of Edgar Allan Poe’s short stories, it’s neither a prehistoric nightmare. It’s reality trapped in amber: Chimerarachne yingi.

It has eight legs, fangs, and a whip-like tail. Cool, huh?

Chimerarachne yingi, the newly discovered arachnid dates back 100 million years ago from the Cretaceous period. Fun fact: the word Cretaceous comes from the Latin word creta, meaning chalk. Anyhoo, this little guy was trapped in Burmese amber. Much like Pandora’s box, amber kept this half spider-half scorpion type of creature trapped inside its honey-jagged edges with ages.

Two separate teams of researchers discovered four specimens of C. yingi in Myanmar’s amber markets. Their research and findings were published in Nature Ecology & Evolution journal back in 2018.

Our new fossil most likely represents the earliest branch of the Araneae, and implies that there was a lineage of tailed spiders that presumably originated in the Palaeozoic and survived at least into the Cretaceous of Southeast Asia – write C. yingi’s researchers in their paper on spider origins.

The arachnid is not a spider, rather a relative that coexisted alongside prehistoric spiders for ages. What’s interesting is that though not entirely a spider, the arachnid had a silk-producing organ or a spinneret.

Only about 2.5 millimeters long, C. yingi had a tail almost twice its body size. The thin, pointy tail served likely as a sensory organ rather than as vinegar-flinging ammunition like the one found in whip scorpions also known as vinegarroons.

To encounter a giant whip scorpion for the first time can be an alarming experience. What seems like a miniature monster from a horror movie is really a fairly benign creature. While called a scorpion, this arachnid has neither the venom-filled stinger found in scorpions nor the venomous bite found in some spiders – write the authors of the study published in the Entomology and Nematology journal.

The creature’s peculiar mix of features presented a puzzle for the teams led by Dr. Giribet and Dr. Selden – reports The New York Times.

There were long debates as to what group the arachnid belonged to given its diversified features and mysterious origin, and researches may never even agree to one category, but whether or not a spider, C. yingi serves as a revolutionary discovery of long-forgotten ages. It is an echo of prehistoric times and proof of evolution.