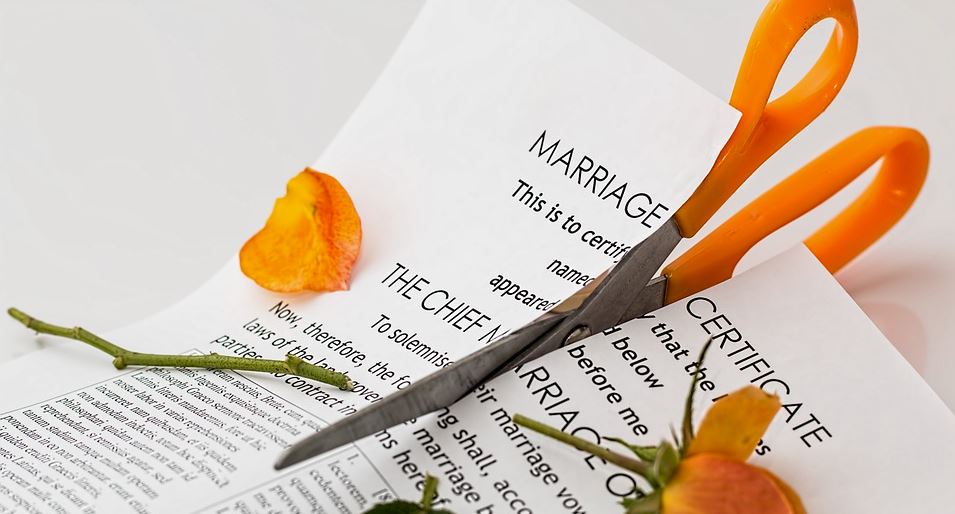 Have you found “the one”, but feel nervous to go into marriage, just in case it doesn’t work out? Marriage is a massive commitment!

If you feel this way you are not alone. More than 75% of people in the USA and the UK live together before they get married. Another word for this is cohabitation.

So the question is raised, does cohabitation lead to divorce? Or does it perhaps increase your chances of divorce? The divorce rate is at the highest it’s ever been in various parts of the world. Various factors play a role in divorce obviously, but contrary to popular belief, is cohabitation, not all it’s cracked up to be?

Couples who cohabit might feel that if difficulties arise, they don’t have to work together to get through issues, instead of the going gets tough, the tough get going.  In essence, research shows that when you decide to live together before marriage you are basically saying that if we have differences, I can get out of the relationship. When you live together before marriage to test the waters, its as if you already have doubts about the person you are planning on being with. Therefore when the couple does eventually decide to get married, it’s almost as if they do not have a committed mindset in view for when troubles arise, so when issues pop up, divorce is an easy option. As I mentioned earlier more than half of the couples who live together before marriage end in divorce within 5 years of their marriage.

Statistics also show that couples who live together have a 46% chance of a breakup within 5 years. Living together might be even more stressful than being married because of a lack of commitment. Couples might always wonder when the other partner might leave. Psychology Today also pointed out that couples who live together stay in a state of uncertainty about which way the relationship could go and therefore are unsure of the nature of the relationship.

Many couples also live together before marriage for financial reasons, but studies also suggest that these couples tend to view their money as their own and not as shared income. This same attitude can be carried over into marriage if cohabiting couples do decide to get married, and couples who fight about finances, more than once a week are also shown to have a 33% higher chance of divorce than couples who do not argue over finances. Arguing over how money should be spent and on which bills, also seems to be more of an issue for couples who live together statistically speaking.

Couples who live together, also seem to be poorer. Therefore that could also be a reason why these couples prefer to live together. Perhaps thinking that financially things might be easier. Statistics from NCHS show that 47.9 % of women who cohabited had a household income that was less than 150 % of the federal poverty line, in America, which was in comparison to 25.6 % of married women. The same trend seems to carry over for education. Married people appeared to have more educated backgrounds than those who lived together. This pattern correlates with couples who cohabit and who seem to be from a disadvantaged background, studies show.

Another interesting statistic that has been shown, is that nearly 1 in 5 couples who live together are also more likely to have children in their first year of being together. Sadly though a lot of cohabiting couples break up down the line, which in turn leads to unstable family settings for children. Children who come from broken families tend to have more emotional and social difficulties, their grades are poorer and they also tend to be sexually active from a younger age.

Another interesting point that was brought out in findings is that those who live together are also less traditional than their married counterparts and those cohabiting found that having children outside of wedlock was no problem and that their children faired without any issues. So there seems to be a difference in opinion between married couples and cohabiting couples when it comes to having kids.

When it comes to sex, married couples have reported higher levels of sexual satisfaction than their cohabiting counterparts. Mainly because married couples tend to be more faithful than couples who live together, cohabitation divorce statistics show. But then again couples who live together have also been shown to have sex more frequently than married couples. Another study has shown that cohabiting couples are more likely to end the relationship if they are not happy with their sex lives, whereas married couples will still stay together even if they are unhappy sexually. Once again, it seems to come down to commitment. Perhaps those living together go into marriage with a less committed mindset, as brought out at the beginning of this article? When cohabiting couples do get married, there peak of passion is no longer at its highest and once they are married there frequency of sex steadily declines as the relationship continues.

Couples who live together before marriage also seem to have fewer communication skills and problem-solving skills with each other after they do decide to get married. We all know that great communication is the lifeblood of any marriage. And perhaps because they never made the decision to get married initially, they slide into marriage without making an actual decision about getting married. If you do decide to live together before you get married, make sure you and your partner have a serious conversation about your expectations and where you want your relationship to eventually go.

When my husband and I got married, we were in a honeymoon phase for months. Everything was new and exciting. We got to know each other on a whole new level and that early phase was incredible. Another article brought out that living together before getting married, takes away that exciting sense of being newly weds. When I read this, I thought about it and it made sense to me. Sometimes you wish you could bottle up those initial butterflies and keep that feeling forever. Even married couples settle into a slower, deeper phase of their relationship but if you don’t live together before you get married, those butterflies hang around a bit longer in your marriage, instead of fizzling out quicker.

Interestingly though studies have also found that younger couples tend to live together. Therefore if they do decide to get married they might also be too young to make such a mature decision and then end up getting divorced because they change as individuals later on. Studies have shown that people who get married before the age of 23 have a 60% chance of getting a divorce in comparison to those who wait until later to get married. Couples who waited until after the age of 23 had a 30% chance of getting divorced.

My mother went through a divorce when I was 3. Her and my father married when they were very young. She was 18 and he was 22. I saw the heartbreak my mother went through, and I felt the pain of living without my father. So when it comes to marriage, take your time. I got married to my husband much later in life and I have never been happier. I had traveled, worked, studied and had really gotten to know who I was before I met him. He had done the same. So when we did meet, it just felt right and we both knew that we wanted to get married. And that’s what we did 9 months down the line. 3 years later we had our first daughter and things have been awesome!

We have had our hard moments, as marriage is never free of troubles, but I still could not imagine a life without my husband. I want to weather every storm with him and be with him when I’m old and grey. I imagine us holding hands and still laughing about the silly things in life when we are both in our 80’s.  For me that’s the real reward in marriage, is not being alone when you need a best friend more than anything.  My grandparents have been married for 60 years now this June and when I asked my gran what her secret is to being married for so long, she said: “We both just gave to one another and expected nothing in return.” I thought that was incredibly beautiful. We live in an age where we are taught to do whatever makes us happy and not care about who we hurt, as long as we are happy that’s all that matters but I think the secret to true happiness and lasting love is putting someone you love ahead of you and if they do the same in return, I think you will have a recipe for lasting love and happiness.