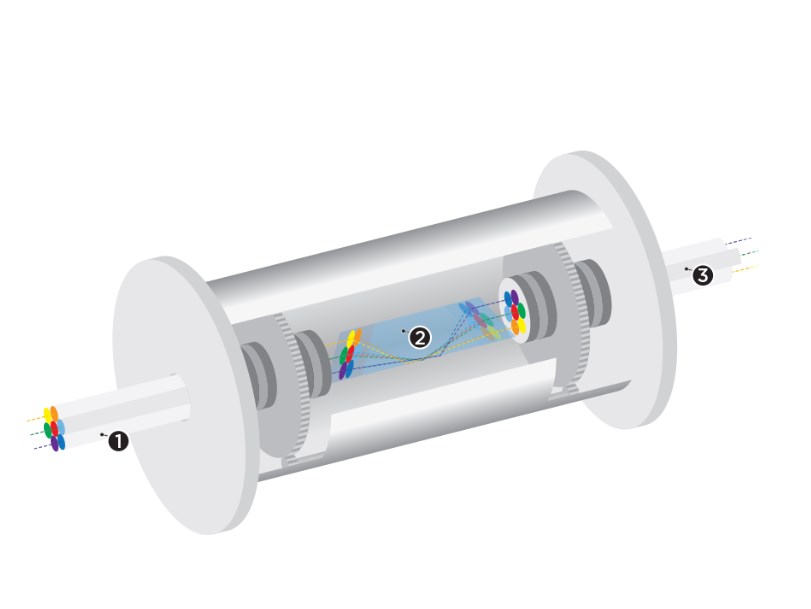 A slip ring is rated by many factors. Some of these are:

Speed of slip ring is usually measured in rotation per minute, but the estimated life of slip ring length of use and speed of the device.

The slip ring consists of metal contact which is called a brush; it rubs on the outer diameter of the rotating slip ring. The outer most part of the slip ring is connected with stationary brushes. It supports the device and allows an unbroken connection between the external circuit and a rotating unit. Brushes are normal blocks of graphite or carbon material. Brushes are mounted with carbon material and connect the system with a rotating object. Precious slip rings are made up of platinum or palladium alloys. Rings are still they do not move, other parts of the slip ring rotate and transmit the electric signals.

As we know the slip ring is made up of two basic parts. The first is a metal ring and the other is brush contact. The number of rings and brushes in the slip ring depends on the type and area of operation as well as the need for the device.  There is no difference if the ring rotates and the brush is stationary or brushes rotate and the ring is stationary either on low speed of 10RPM.

Brushes are connected in the form of pairs and these rubs on the outside of contact material. Slip rings maintain a balance electric connection and transmit electronic signals from stationary phase to the rotary phase. In a single circuit, four or more than four pairs of brushes are used.

As we have discussed earlier, the ring is made up of conductive material like brass, copper or gold but it is insulated from a center shaft. The central insulating material is made up of nylon o plastic. When the ring is turned, an electric current is conducted and the connection is build up in a slip ring.

When you are going to choose a slip ring, many factors are involved in it. The first thing that must be kept in mind is the voltage and level of current. If you are dealing with a low level of the signal circuit then other factors are also involved. Electrical noise is considered a bad thing because it originates from the induced circuit. The main reason for noise in the slip ring is the difference in resistance of brush to ring. Due to different conductivity material, resistance is also a difference. The less expensive circuit has higher resistance as compared to the circuit made from silver. When the ring rotates, current flows from the resistance which leads to high voltage variation.

The standard slip ring is made up of pairs of metal copper or graphite brushes. The less expensive slip ring which is mostly used includes low-level audio and video networks.

In extended pressure circuit radius of a brush can be changed in the contact area. In this way, it provides the best cleaning action than standard circuits. It is used in that’s areas where low voltage signal circuits are required, mostly in outdoor areas.

Silver brush circuit consists of graphite brushes on the brass ring. It provides electrical signals at a low cost. It is used for sensitive low-level circuits in a hostile environment and non- use a long period,

Full silver circuits consist pair of silver graphite brushes on silver plated ring. An expensive metal ring is used in this slip ring that’s why it is considered as a precious circuit. It is used in many critical areas, where signal integrity is considered as the most important factor. It is also applied in corrosive environments, where surface corrosion leads to losing signal integrity. Full silver circuits are normally applied in a wet environment.

There are many types of slip ring, there are variations in size and composition depending on the operation area or required rotating speed. Some of the most used slip rings are the following: