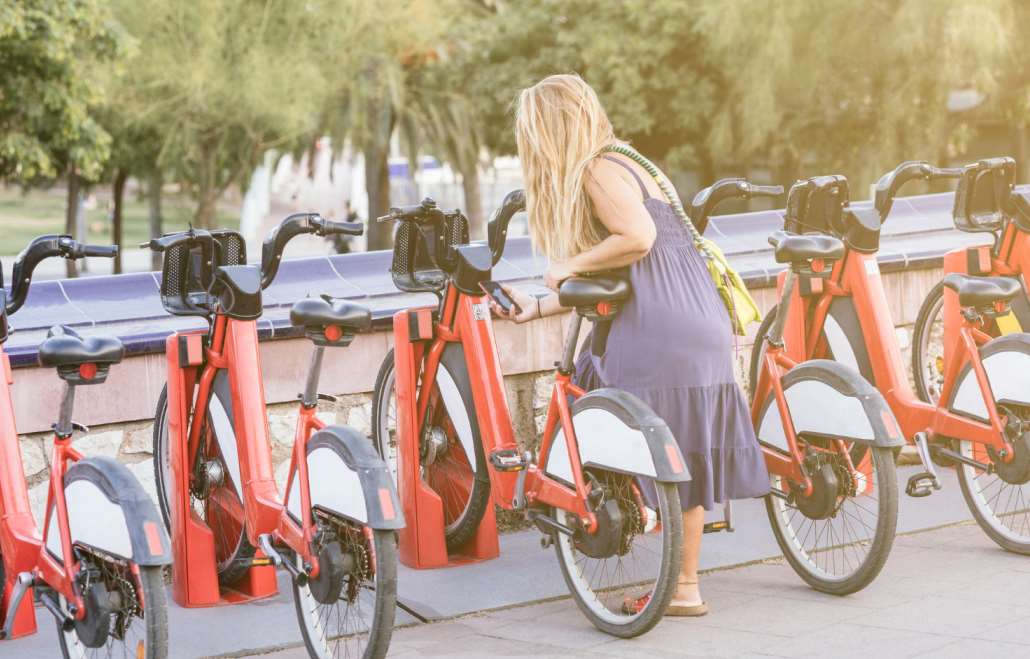 Have you wondered why electric bikes are becoming more popular among riders nowadays? Electric bikes are regular bikes fitted with motors and batteries on the bottom bracket or rear wheel hub. Due to these improvements, these bikes are proving more efficient than traditional bikes.

They are, however, more expensive than regular bikes, with one going for an average of a thousand dollars, but are considered worth every penny. There have also been some creative minds who have found ways to convert traditional bikes to electric.

This article explains why you should switch from conventional to electric bikes.

Due to the e-bike motor efficiency of ninety-three percent, the overall efficiency of an e-bike is significantly increased compared to traditional bikes. It means that the transfer of pedal power to the drivetrain becomes better and less tiresome.

The average electrical bike is estimated to have an average speed of fifteen to twenty miles per hour on flat terrains and fifteen miles per hour when climbing hills. It gives riders more confidence to reach a set destination on time than when using the conventional bike.

As such, you are more likely to travel over long distances without having to worry about being late.

Contrary to the notion that electric bikes provide less workout than regular bikes, e-bikes are being adopted by more and more fitness gurus.

Although these bikes may be faster, you still get to use similar pedal power when riding the traditional bike, which is attributed to the pedelec system, which allows the rider to move at a constant speed even in hilly terrains. It also becomes easier to adjust the speed to your desire. It gives the rider peace of mind, thus being able to pedal for longer and faster.

To add to this, a study led by the European Commission to check which bike is better for losing weight showed that the average traditional bike rider uses up to 4085 METS while riding an electric bicycle uses 4464 METS. The difference is profound and was attributed to the ability of electric bike riders to ride for longer distances compared to when riding a regular bike.

The electric assist bike takes less effort to climb hilly places compared to regular bikes due to the help of the motor, which can boost the rider’s ability to have more climbing power.

The average regular bike requires a speed of five Mph to climb up a steep hill, while an electric bike can go up the same elevation at fifteen mph. It means you are likely to get less tired and not walk your bike up when riding an electric bicycle than the traditional bike. Therefore, you will take less time to climb hilly terrains using the e-bike.

The electric bike is the best fit for you if you plan to ride in areas experiencing difficult climatic conditions.

For instance, on rainy and windy days, the regular bike is more likely to get stuck in the mud, making riding harder. The electric bike, however, will help you out of such ordeals simply by giving more power to your wheels. The rider is, therefore, likely to feel safer when riding in these dire conditions.

Electric bikes can go where regular bicycles cannot if you want to start riding in rocky or steep areas. These bikes have full suspension systems to help them navigate these areas, thus providing comfortability and efficiency.

They are As Eco-Friendly as Regular Bikes

Many people have in the past attributed electric bikes to emission production. It couldn’t be more untrue. Electric bikes do not produce emissions as they do not use any fuels, thus reducing the overall carbon footprint.

It has been said that riding your bike to the workplace only once a week is equivalent to taking a million cars off the road. Thus you can still protect the environment, incorporate some exercise into your busy schedule and get to work on time. That is the power of the electric bike.

It is More Fun to Ride Electric Bikes

This may be attributed to the fact that e-bikes have better mileage compared to regular bikes. Electric bikes are also very comfortable compared to traditional bikes as they contain full suspension on both the front and rear wheels. Due to this, people who hate exercise are weaned into exercise using electric bicycles. They are also better for the overweight and baby boomers.

There is an Improved Bike Infrastructure

As more people embrace electric bikes, there is more government support for building rider-friendly infrastructure. This positive increase of cyclists is attracting government expenditure towards cycling infrastructure as it is considered more green than using cars. Due to the existence of such infrastructure, there are fewer occurrences of cyclist accidents on the road.

There is a Good Market for E-bikes

If you are worried about the future of the electric bike, think again. These bikes are here to stay. The sale of electric bikes in the United States alone rose to ninety-one percent from 2016 to 2017. Unlike their counterparts, traditional bikes, whose sales reduced by twelve percent from 2016 to 2017. The e-bike community is estimated to increase by twenty-one percent in the western Europe market in the coming years.

These statistics indicate the future of electric bikes, and you are assured that they are not just another market hype.

It may be daunting to think of betraying your old friend, the regular bike. But rest assured, this is a good decision as electric bikes are the future of cycling. These bikes provide better traction and control over your bike when riding. It is contrary to conventional bikes, which give a good sweat and are far less comfortable.

If you have used electric and regular bikes, let us know your experience and which you prefer in the comment section.