We all get headaches from time to time. Sometimes they are due to stress, dehydration, or high blood pressure. And sometimes they are due to a change in the weather or staring at the television and computer monitors for a long time. But, no matter what the reason is, seldom do we think that it is anything serious. And seldom would we think that our headache is due to a real spider living in our ear.

But, one woman from India had this exact problem. Lekshmi, a woman living in Karnataka, India, was dealing with a severe headache and she decided to go to a hospital. Upon reaching the hospital, the doctors carefully examined her and they were in disbelief when they discovered that her splitting headache was due to a spider living in her ear canal.

Lekshmi’s story is definitely freakish enough to make you want to shake out both your clothes and hair to see if any potential eight-legged creature squats on your body.

Now, before you decide to do that, it is worth mentioning that the cause of Lekshmi’s problem does make sense.

Namely, Lekshmi loved taking naps on her veranda, and one afternoon she’d fallen asleep and when she woke up, she had a severe headache. She also felt sharp pains and a tingling sensation in her ear. Well, you guessed it – while Lekshmi was busy napping, the spider crawled by and decided that her ear would be a comfy place to lodge in.

Lekshmi said: “I was terrified as I could feel the movement of a creature in my ear. The acute earache followed by sharp pains suffocated me. I couldn’t think of anything and was petrified when the doctor confirmed the presence of a spider in my ear.”

Dr. Santosh Shivaswamy, Lekshmi’s doctor, said that it isn’t unusual to see people coming to him complaining of something stuck in their ear. However, it was uncommon to see a real spider living in someone’s ear.

Luckily, it all turned out well in the end. The doctors successfully forced the little arachnid out and Lekshmi got rid of her uninvited lodger. 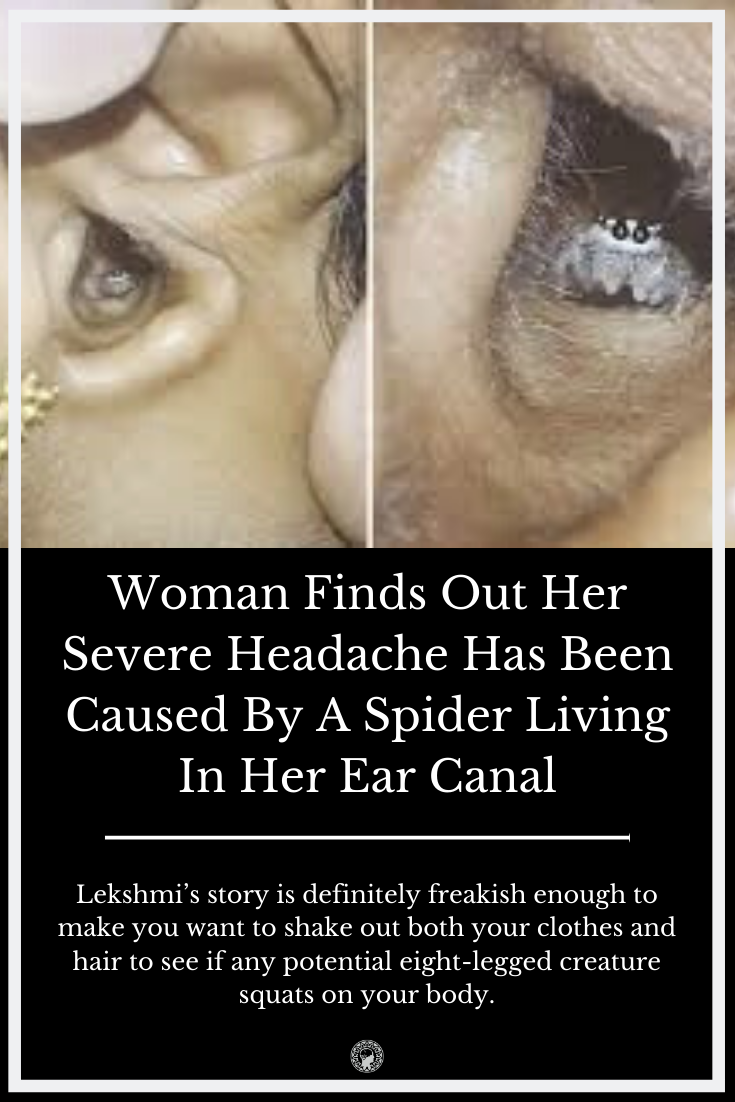