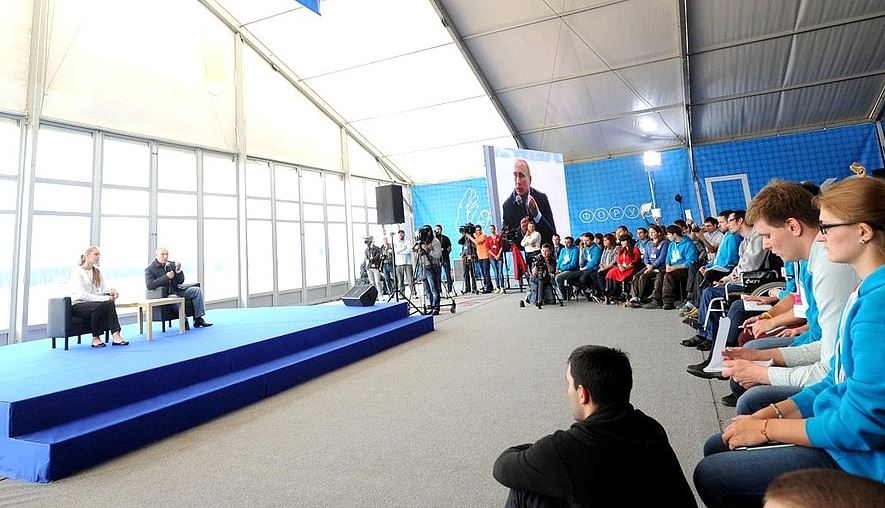 With more than 4,000 world religions, making sense of other religions – their differences and similarities – has been intricately studied as a topic on both an academic and spiritual level in the United States and Canada.

In France, however, some types of religious organizations have been viewed as taboo.  Unlike North America, little study has been done on (what some view as) alternative groups and religions.  Instead, according to Dr. Susan J. Palmer, professor of New Religion at Dawson College in Montreal, they are seen as criminal, “mafia-like” groups, and just to be associated with these groups can create a negative social stigma.  (1)

Historically, the ideology in France has been that sects inevitably result in criminal behavior, and the assumption is that if the government didn’t get rid of the sects, then the country would experience an uptick in violence.

In her book, The New Heretics of France, Susan Palmer tracks the mounting government-sponsored anti-cult movement in the wake of the shocking mass suicides of the Solar Temple in 1994, an event that ushered France’s most visible religious minorities onto a blacklist of 172 “sectes” commissioned by the National Assembly. She offers an examination of France’s most stigmatized new religions, or “sectes,” and the public management of religious and philosophical minorities by the state.

Here’s an in-depth look at the history and subsequent negative impact of the French anti-cult movement.

Following the events involving the members of the Order of the Solar Temple, where more than 50 members, including founder Luc Jouret, killed themselves in Canada and Switzerland, The French National Assembly set up a Parliamentary Commission on Cults in 1995 to formally address the issue of alternative religions and what constitutes a cult.   In turn, the commission compiled a list of 10 cult-like characteristics.

In 2001, the repressive policy finished with the controversial About-Picard Law, which allowed the French government to ban religious groups if they were found to be manipulative and abusive. An agency called MIVILUDES, an acronym for Mission interministérielle de vigilance et de lutte contre les dérives sectaires, which translates to “Interministerial Mission for Monitoring and Combatting Cultic Deviances,” was created to monitor the groups.

The French commission released a list of 173 groups that qualify as cults.  If a group met at least one of the 10 determined criteria, then they would constitute as being a cult.

MIVILUDES then provided the information related to “cultic deviances” to the media, the French government, and individual members of the public.  The list was compiled mostly by a group of French Catholics and Clergy, who demonstrated a bias toward their own orthodoxy.

Controversy On All Fronts

One of the first criticisms came from Bishop Jean Vernette, the national secretary of the French episcopate to the study of cults and new religious movements, who stressed that the criteria could be applied to almost all religions.

Additionally, the General Director of the Renseignements généraux, Yves Bertrand, spoke against the belief that Jehovah’s Witnesses deserved to be diabolized and “to put on the same level some types of dangerous thought and genuine cultic movements that alienate the freedom of their members, the result is the opposite of the desired goals”.

The creation of the original list also drew criticism abroad, including from the United States’ State Department.  A report of the United States Commission on International Religious Freedom stated:

The ensuing publicity by the release of a parliamentary report against “sectes” contributed to an atmosphere of intolerance and bias against minority religions. Some religious groups reported that their members suffered increased intolerance after having been identified on the list.

Groups that had nothing to do even with religion were included based on hearsay, and ultimately, the organizations named on the list were never given a chance to dispute their inclusion before it was made official.

Some people rightfully complained about the impossibility of rectifying the list, saying it contained unfair qualifications to certain groups falsely pinned as cults, with appalling consequences for their members and their activities. People lost their jobs, their livelihood, even custody of their children because of the list.

As such, the French Government declared the lists erroneous, invalid and stated that they should not be used — however, the damage had already been done.

The negative impact of the French anti-cult movement

Some movements had sought access to documents that led to their classification onto the list of cults by the parliamentary commission. The State refused, stating it was a risk to public safety to disclose the information. Several religious groups engaged in lengthy legal proceedings before they could access the secret documents.  The Jehovah’s Witnesses finally succeeded in 2006, to find out the files only included a list of their places of worship.  Again, lives were ruined over these secret documents for little to no reason.

As a result of the Commission’s findings, people who were considered to be involved or even associated with unconventional religion experienced a plethora of negative circumstances.  Job loss and demotions were common among the workforce, and in divorce court, a judge would grant custody of a child to the partner who was not considered to be in a sect.  Some parents were even denied visitation as a result of their association to a religion. (3)

“It’s quite unique to find a country where the anti-cult movement is so formal and has so much government status and support.  It’s quite remarkable,” says Dr. Palmer.

After many years of negative impact, MIVILUDES disbanded on January 1, 2020.

Even Companies Were Also Unfairly Named on MIVILUDES List

One particular company that has been affected by the negative exposure resulting from the Parliamentary Commission on Cults is Landmark Worldwide, a personal and professional growth, training, and development company.  As an employee-owned seminar company, Landmark makes clear that its own position is that it is purely an educational foundation and has no religious component or affiliation of any kind.

Recently, a participant of the Landmark Worldwide’s 3-day course, the Landmark Forum, took the initiative to send a letter to the French anti-secte MIVILUDES organization, arguing against the falsehoods brought forth by the report, a letter that received a favorable response.  Secretary-General of MIVILUDES Anne Josso stated in an official correspondence (Ref. SB-MLV2018A/2669) that there was not now and never was any evidence of Landmark being a sect.

The letter from MIVILUDES explicitly says that to this day, they do not consider Landmark to be a sect. Here is an excerpt from their response:

“… the lists published following parliamentary investigative committee from 1995 to 1999 only have historical value these days.”

“I would like to let you know that, to this day, MIVILUDES doesn’t have any information highlighting sectarian aberrations regarding the organization of personal development Landmark®.

You can read the full letter from MIVILUDES (in English and French) here:

The negativity brought forth by the French sect lists has impacted groups and people of all kinds in France.  Despite the country’s unique perspective on non-secular religions and other non traditional groups, the presence of what MIVILUDES would deem cults can be seen daily on the streets of Paris.  In recent years, government monitoring has lessened and even heavily monitored groups are more inclined to stand on busy corners distributing pamphlets, willing to spread the word of their religion.  After all, is religion and spiritual belief not all in the eye of the beholder?