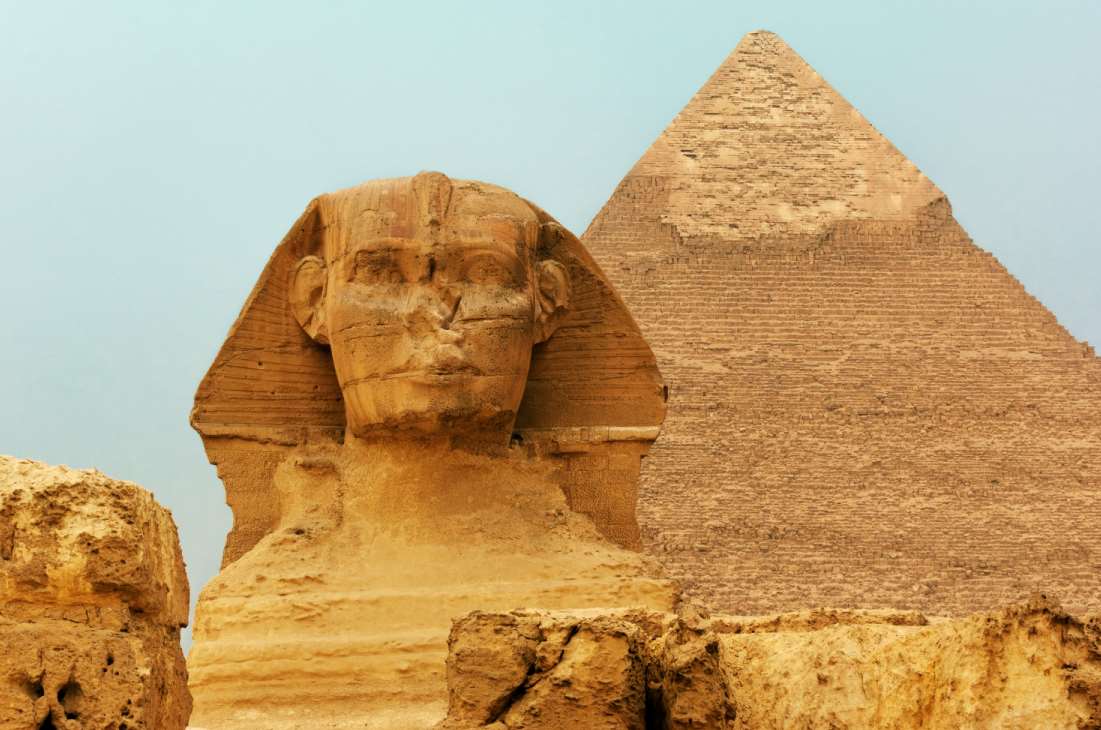 The fascinating world of Egyptian mythology, with more than fifty gods, has inspired people and invaders and several popular primordial cultures and rituals around the world. It is believed that the Egyptian gods created the most alluring and heavenly-looking land on earth, which was made from chaos.

Greek mythology, too, is also said to be heavily influenced by Egyptian mythology. Both the Greeks and Egyptians not only respected their gods and held them equivalent to the strong forces of nature but also believed that the different natural occurrences they witnessed were nothing but a representation of their gods.

It was believed that the Egyptian gods were an integral part of nature. Therefore, the Egyptians were meticulous observers of nature. They also used symbols to decipher the natural universe. For example, after accurately inspecting the frogs, they finally deduced that frogs could survive in water as well as on land.

Here are the top 5 fun Facts About Egyptian Mythology

Egypt has always been a fascinating land, and its history is rich and varied. For thousands of years, Egypt has been a land of mystery and mythology, be it the ancient Egyptian or the Pharaohs; all of them have left behind some intriguing myths and fascination for us. Let’s read to know more.

They lived on the floodplains of the River Nile that flooded every year, enriching the land with more fertility and nutrients restored, bringing abundance and better farming prospects. The river was also used as a major mode of transport. Egypt is predominantly a desert region, and the river Nile was responsible for sustaining all life living in the region. Apart from providing water to irrigate lands, it also offered trade and travel routes.

Ancient Egypt became a thriving civilization thanks to the river Nile which supported a wide range of occupations and living beings. Ancient Egyptians cultivated wheat, beans, and cotton on the coast of the river Nile. The river flooded every six months annually and provided a permanent—sustainable way to keep the civilization alive.

The river’s flooding was so peculiar that it gave off an impression that it was the work of the higher Egyptian gods and led to the emergence of social stratification in ancient Egypt. The sun god, Ra, and another supreme god Osiris were at the center of this structure and were said to have authority over the entire universe.

#2 The Pyramids – the Massive Egyptian Tombs for Pharaohs

Pyramids were the final resting places of Pharaohs after their death. The pharaohs were the mighty heads of states or religious chiefs who ruled over ancient Egypt. According to the Egyptologists, there were a total of 170 pharaohs in ancient Egypt, Narmer being the first one and Cleopatra VII being the last.

Whenever a new Pharaoh ascended the throne to rule, he would often promote intense worship of the god associated with his specific school of thought. This god became the main national god for everyone to be followed and worshiped. For example, during the rule of Thebes from 2000 BC to 1700 BC, Amun-Ra became the primary god.

The Pharaohs and their families were buried in the pyramids along with the treasure they possessed to help them sustain themselves in the afterlife. 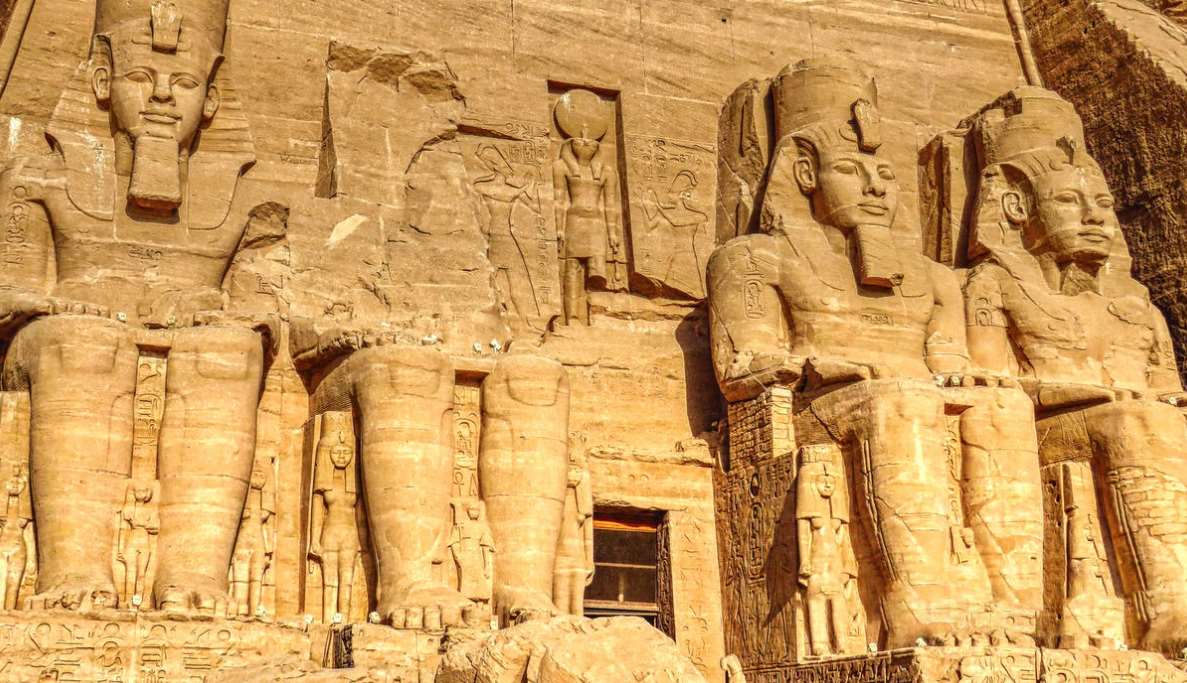 To help the soul live an eternal life, the dead bodies in ancient Egypt were mummified. The Egyptians believed that a mummified body was home to the spirit of the person to reside forever after death. Before the process of mummification took over, Egyptians used to bury the dead bodies and perform last rites by burying the dead person’s belongings, such as pots, jewelry, etc., into the pit.

It’s said that after the death of Osiris, who was the god of the dead, the entire universe witnessed extreme chaos, making the gods cry with tears rolling down their cheeks. These became the primary material used for the mummification of the corpses. Honey, incense, and resin were some of the key elements used for the process of corpse preservation.

A disinfectant called Natron, which was a compound made of sodium carbonate and sodium bicarbonate, was the major agent used in mummification. The primary job of Natron was to make sure the dead body was evenly dried out. It sucked all the moisture out from the corpse and was strapped on as well as in the body using linen bags for 40 days to make the body completely dry from the inside out.

The next step was to fill the empty body cavity with the mud of the Nile river, lichen moss, old rags, cloth pieces, and sawdust. As a replacement for the hollows of the yes, onions or linen, or cotton were stuffed. Sometimes internal body parts of the corpse were removed, cleaned with palm wine and spices, and stored away in clay or limestone containers. Even before this, there was another tradition of emptying the abdominal body organs, and burying them underground or below the tomb, except for the heart, which was retained in the body itself as they thought it was responsible for intelligence and thinking.

The dead body was cleaned, covered in 35 to 40 back-to-back layers of linen cloth pieces washed, and finally preserved in resins and oils. This process made the skin color black.

#4 Apart From the Nile, Makeup Too Was Life

Who said men don’t wear makeup? Egyptian men were front-runners in makeup. As a matter of fact, Egyptian people, both men, and women, had an immense affinity for makeup and wore it on a daily basis.

Egyptians believed in doing intense cat-shaped eye makeup, mostly in color black. They used kohl or galena and a green-colored mineral powder called malachite for eye makeup. It was said that the black paint or kohl acted like an ancient form of sunscreen and protected their eyes from the sun. The green malachite powder created an illusion of bigger, almond-shaped eyes, magnifying their beauty. Metal or wooden sticks were majorly used as makeup applicators.

The makeup products, the applicators, and the containers used for their storage signified different economic classes. The rich ones mainly used ivory for application and storage, whereas the poor Egyptians stuck to jars or applicators made of wood or clay, or metal.

As mentioned before, both men and women engaged in makeup for the purpose of skincare, shoo flies away, shield skin from sunburns and infections as well as to look more attractive, and even mimic gods or goddesses.

Lips were painted in different vibrant colors such as orange, magenta, blue or black. But the most sought-after lip color was red. Red was also worn by the famous Cleopatra and was primarily made from red ochre fused with gum or resin, dead ants, flowers, and beeswax. Lipsticks were not only applied to enhance the beauty of the mouth but also to show off social status. Therefore a lot of higher-class Egyptian women were laid to rest along with their pots or containers of lip colors.

To accentuate the cheeks and add warmth back to the face, a wide range of cheek paints or colors were used too. Hydrated iron oxide was used to manufacture blush for the cheeks, and it was applied using a damp brush made out of wood. Blush products made from red ochre were also quite popular, which gave a naturally flushed look to the cheeks and was also responsible for making the men and women appear more confident and attractive.

Cats were highly revered in ancient Egypt. They were considered by Egyptians as one of the calmest animals. Also, Egyptians used animal features to showcase the varying moods and expressions of their gods. An angry and furious god was represented as someone having the head of a lion, while a gentle god was signified with the head of a cat.

The Egyptian goddess Bastet was depicted to have a female body and the head of a cat head. Her cult was widely followed, and those who were guided by the cult revered cats to a great extent. So much so that they also mummified the cats after their death. Archaeologists have even excavated a huge cat cemetery full of mummified felines in close proximity to her principal temple in Bubastis.

Ancient Egyptians were super inclined towards cats as everything from enormous cat statues to cat-shaped artifacts and jewelry pieces or amulets were widely used by them on a regular basis. Another reason why cats were respected was that they resembled Egyptian gods in terms of temperament and qualities. Egyptians even shaved their eyebrows off to grieve after their cat’s death.

Cats were sacred and special because they were not only lovable but also massively fierce and independent creatures. Their unique capabilities to hunt like a pro and be stealthy like a ninja warrior were adored.

However, there is an evil side to the story, too, where cats were bred and grown only to be mummified alongside their owner’s corpse. 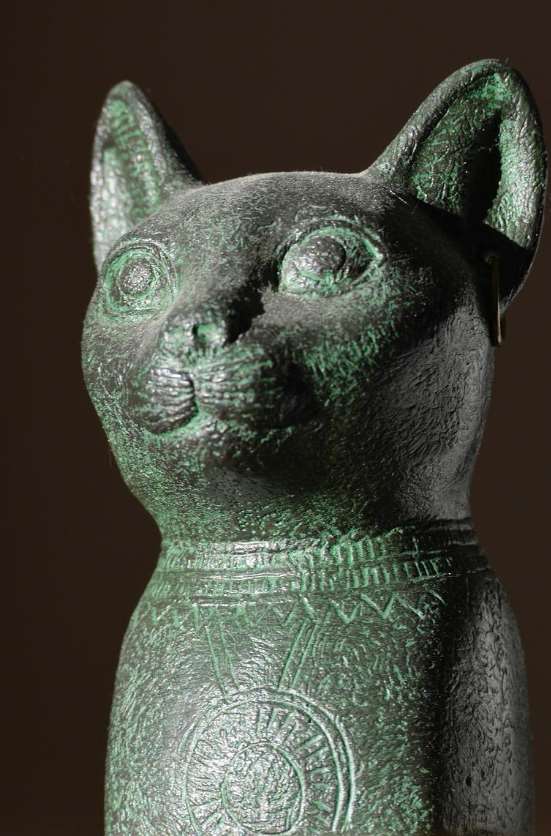 The Ancient Egyptians built a large number of statues of their gods. In order to pay respects to them, they even cleaned the statues with a special kind of water that had the fragrance of the lotus flower. They applied oil to these statues and decorated them by dressing them up, wearing attractive clothes, makeup as well as jewelry.

The great Egyptian gods were worshiped for the longest period of time, went on for over 3,000 years, followed by Buddhism, which lasted for 2,500 years, and worship of Christianity for 2,000 years.